I was born and raised in Montreal, Canada. My parents immigrated to Canada from Israel in the early 80s right before I was born. Their initial plan was to move to New York City but they couldn’t get the paperwork, so my father decided to move to Montreal instead.  My aunt was there and there was a fairly large Sephardic Jewish community there, so they would feel right at home. After about a year, they tried to move to New York but they decided that Montreal would be better place to raise a family. And the rest is history! Although my home is here in Jersey City, I am proud of where I come from and really enjoy sharing the things I love about both Montreal and Tel Aviv. Since today is Canada Day, here are 15 reasons why we love Canada!

It’s no secret that Canadians are known to be nice! Too nice. When I moved to Manhattan, people would run into me and I would I apologize to them. Canadians aren’t aggressive or confrontational; they are super chill. People don’t really honk, and everyone is generally incredibly polite. If you’re a tourist and you look lost in the street, someone will most likely approach you and ask if you need anything. I know it’s insane. I miss that shit so much. People are decent and kind. Not that people here aren’t, but let’s just say America is different when it comes to how we treat each other. OH CANADA!

Fries topped with cheese curds and gravy. NUFF SAID. Not only is poutine delicious, it’s also a national institution available everywhere from movie theaters to gourmet restaurants. Want to sound like a local? Just remember when you order to pronounce it “poo-tin,” not “poo-teen.” In the meantime, you can try poutine at a few local spots! 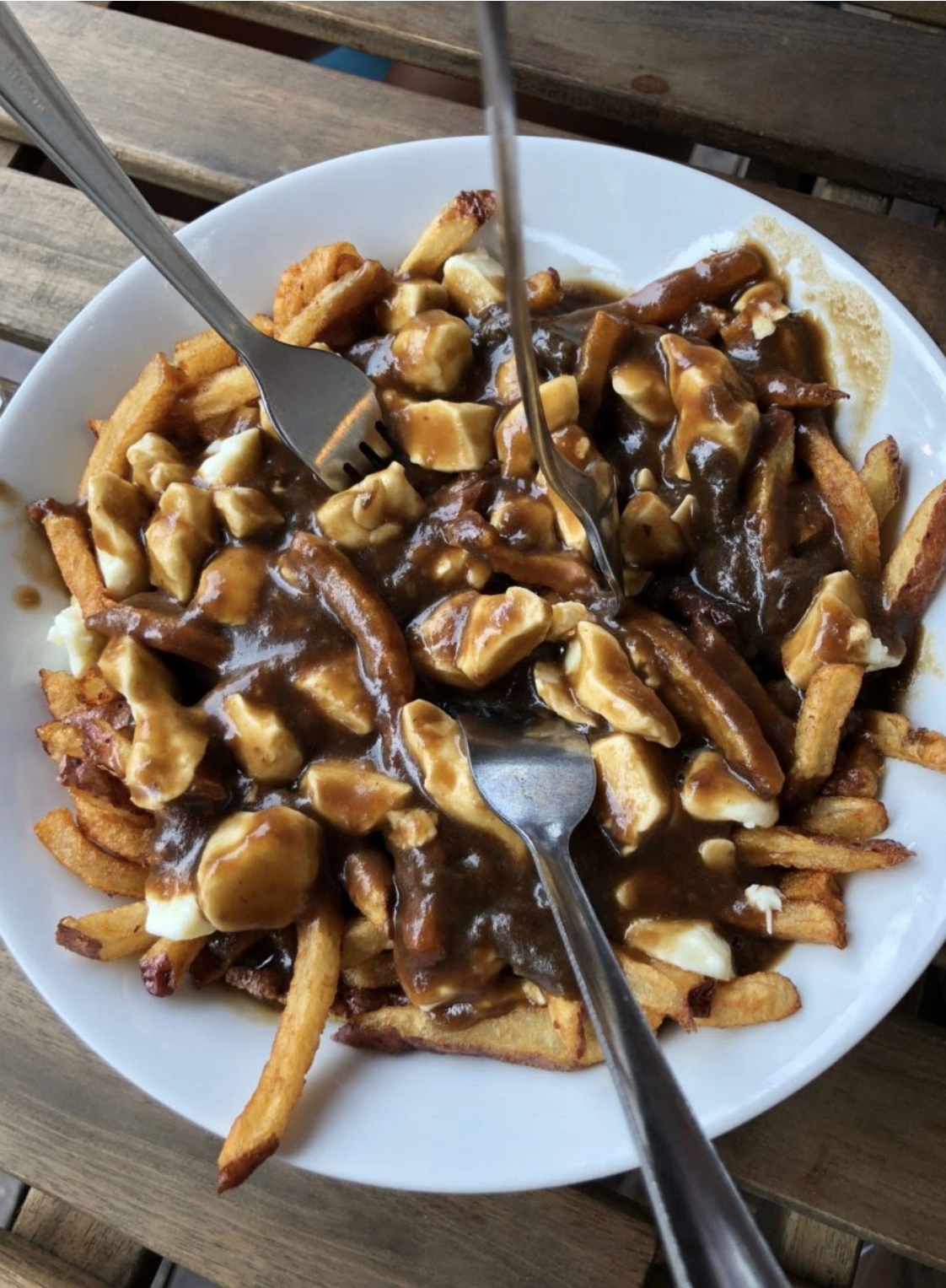 As the second largest country in the world, Canada has dedicated a significant amount of its land to conservation. With over40 national parks and national park reserves, covering 300,000 square kilometers, there are more lakes, rivers, mountains, forests glaciers and coastline there than you will ever have the time to explore.

Vancouver, the Rocky Mountains, Lake George. I can’t even tell you the wonders of these places. 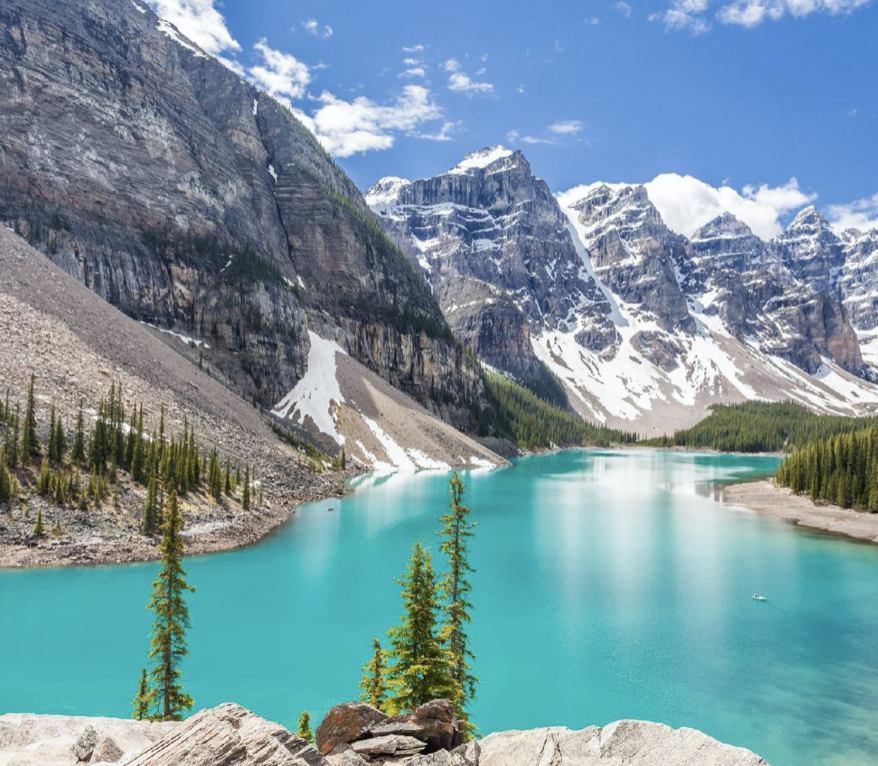 Outdoor recreation sports like skiing, hiking, biking and climbing are an integral part of the Canadian identity. Topping the BBC’s list of great cities for outdoor adventures is Vancouver, British Columbia. Located just 115 kilometers from the world-class skiing resort of Whistler-Blackcomb, a short drive from epic rock climbing in Squamish and covered in a web of mountain biking trails, Vancouver is one of the best places in the world to get your nature fix while having some serious fun.

ON EVERYTHING. My best friend Tania dips her hot dogs in Maple Syrup. I dip my bacon in it and I recommend it.

Every spring, Canadians take part in a tradition called “tapping,” when maple trees are selected and fitted with small tubes (taps) inserted into their trunks. As the trees thaw from the cold Canadian winter, the tree sap rises and escapes through the tap, collecting in buckets hung on the trees. From there, they cook the sap, reducing it down to the sweet, nutty maple syrup we all know and love. 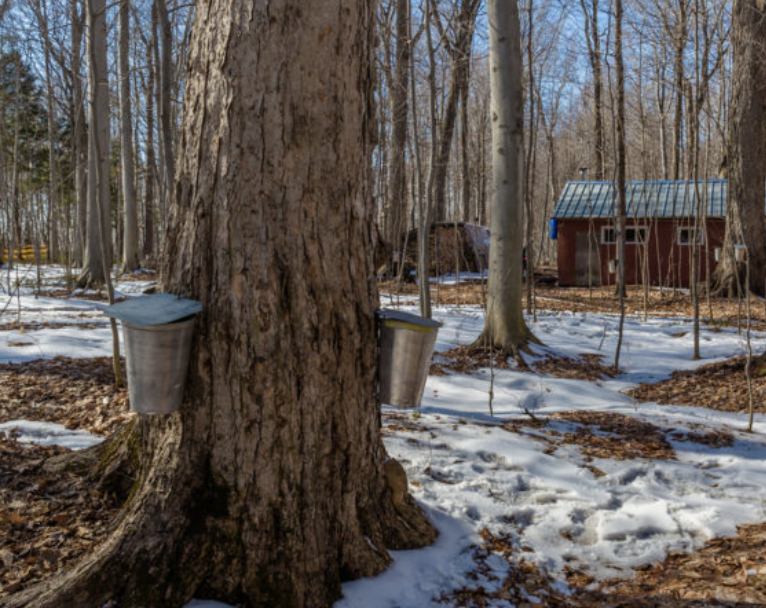 Canada is one of the top 20 most diverse countries in the world, placing it far ahead of the US and the UK. A recent study showed that one-fifth of Canada’s total population was born elsewhere. Sort of like Jersey City that has been named for multiple years in a row for being the most diverse city in the country!

More than a decade ago, Canada became  the fourth country to legalize same-sex marriage, which has since allowed milestones like World Pride 2014 to take place in Toronto where a record-breaking 120 couples from less liberal countries were married in unison. We also boast multiculturalism. In 1971, Canada was the first country in the world to adopt multiculturalism as an official policy. What does that mean? Officially, “multiculturalism ensures that all citizens can keep their identities, can take pride in their ancestry, and have a sense of belonging.”

It’s really ironic how people as nice as Canadians are also incredibly obsessed with probably the most aggressive sport out there – hockey. I guess they need to take out that anger some way? For Canadians, hockey is a national passion that eclipses any other facet of life. It is the lifeblood of every small community and the reason for gatherings big and small. I dated a hockey player once and spent most weeknights watching him practice. It didn’t workout.

Hockey games are fun though. Had the pleasure of going to a NJ Devils vs Habs game and it was a blast from the past. Too bad the Habs SUCK. 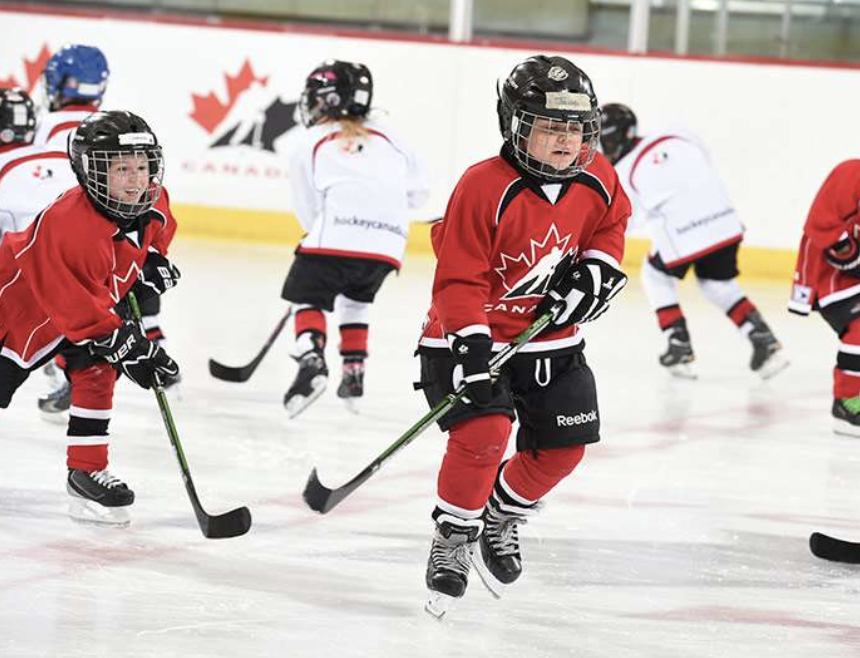 Canadians can walk into a healthcare facility, receive treatment, and not have to go into debilitating debt because of it. Regardless of the debate, Canada has one of the highest life expectancy rates and lowest infant mortality rates in the world, so they must be doing something right! 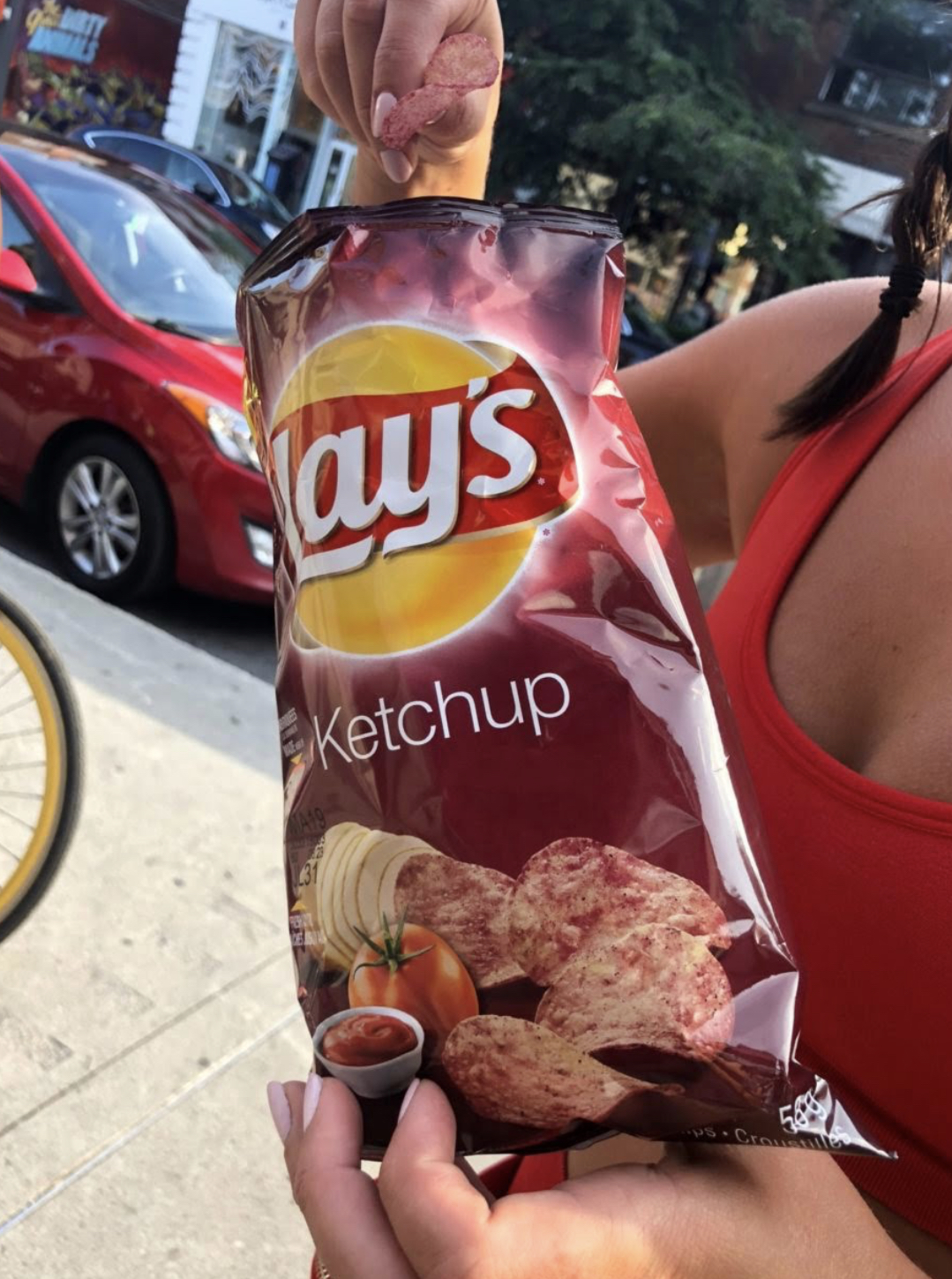 WILD. I went to one of the best Universities in the country and I have no debts or student loans. Crazy, isn’t it?

He’s so hot and kind and intelligent. It just isn’t fair. 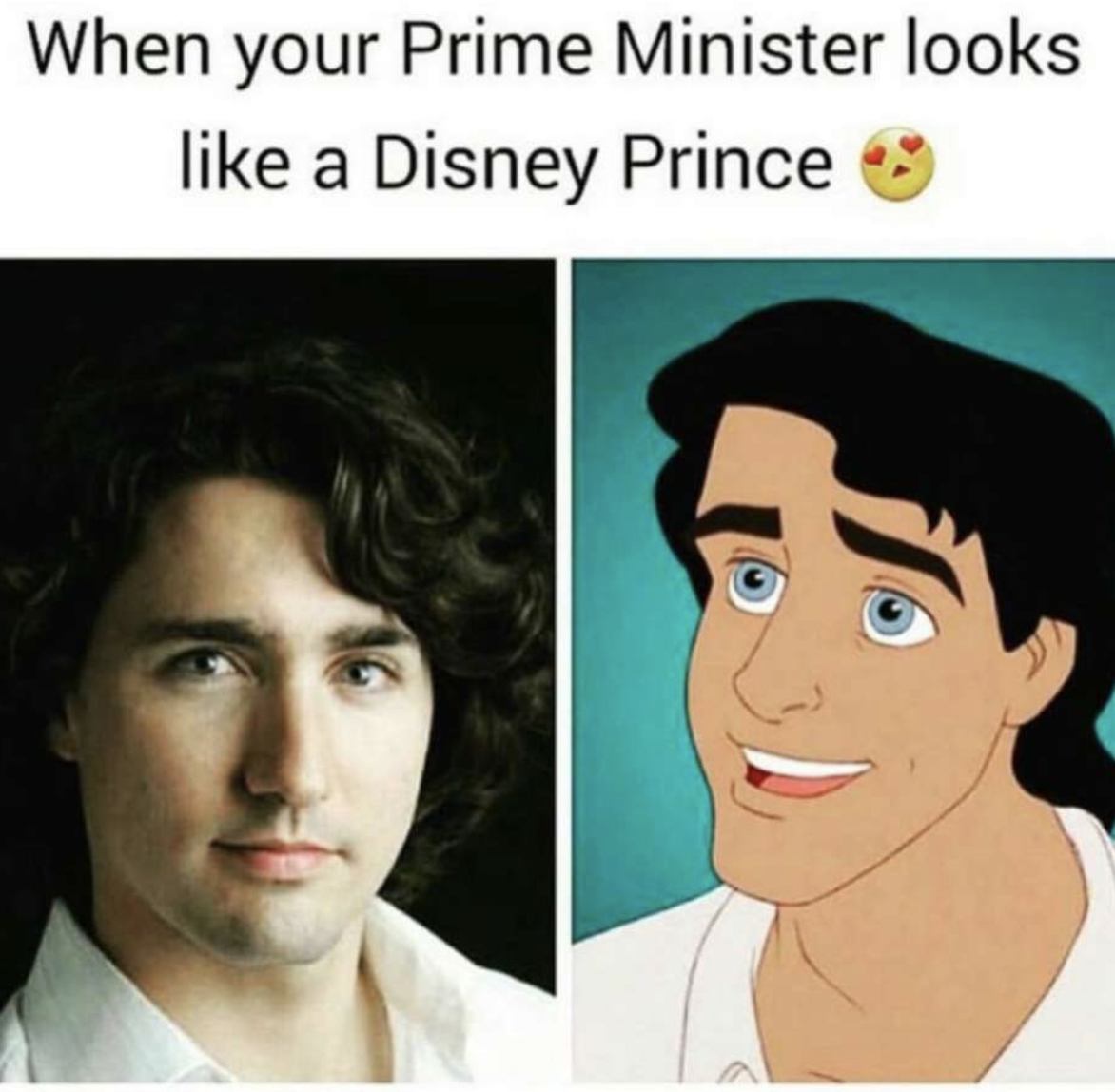 ONE YEAR! PAID MATERNITY LEAVE! Being a new parent in Canada is really great. Canada is so good to new parents. Imagine a whole year. In the US, you’re lucky if you get 3 months unpaid!

I’ve had this debate with many people. Now I am not saying Montreal has better bagels than NJ (my career would be over in this state if I made such a claim) BUT, they are big contenders. Crispy, chewy, delicious. 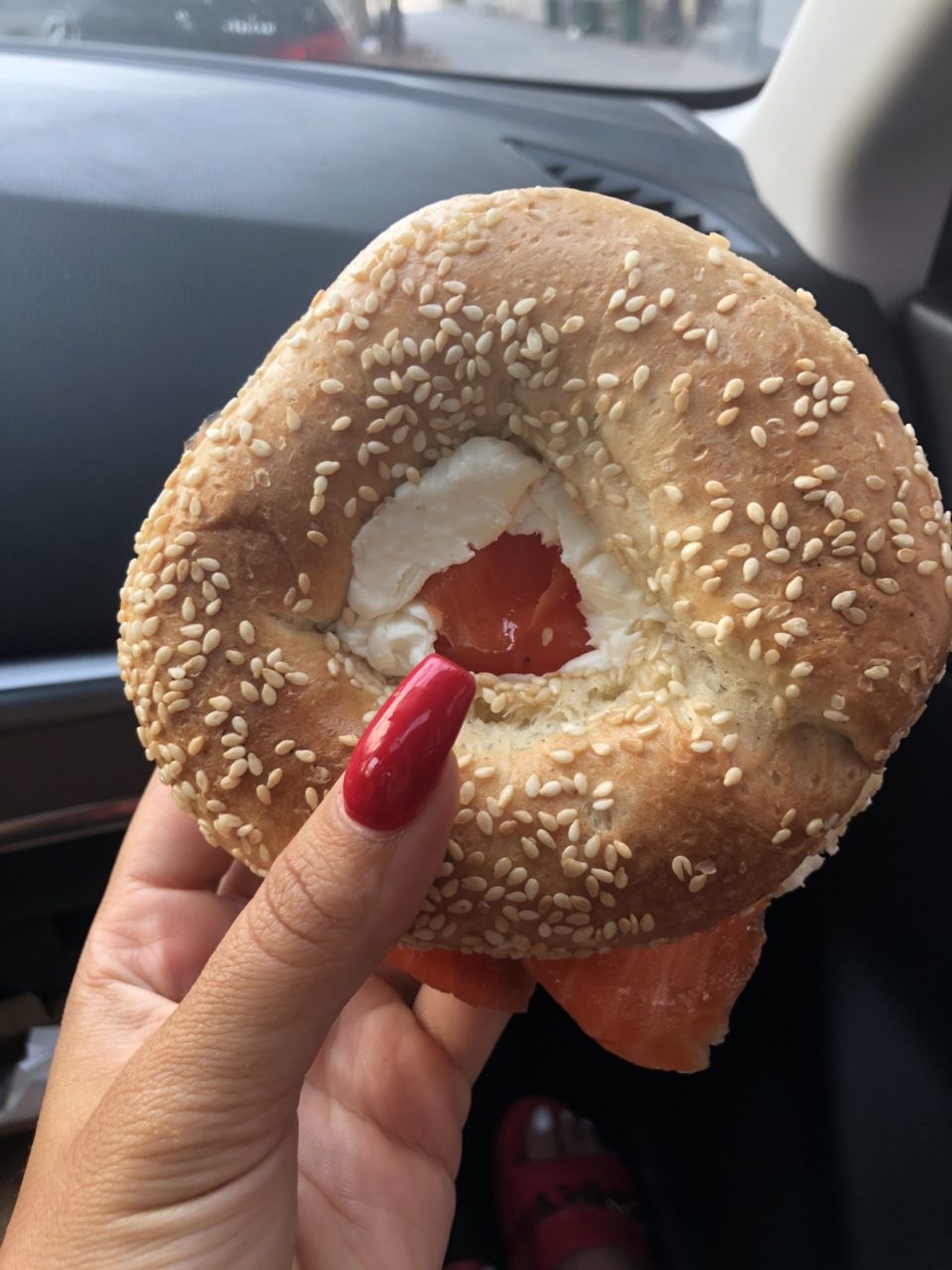 Between all the music festivals, comedy festivals, galleries, museums, night clubs, there’s something for everyone! 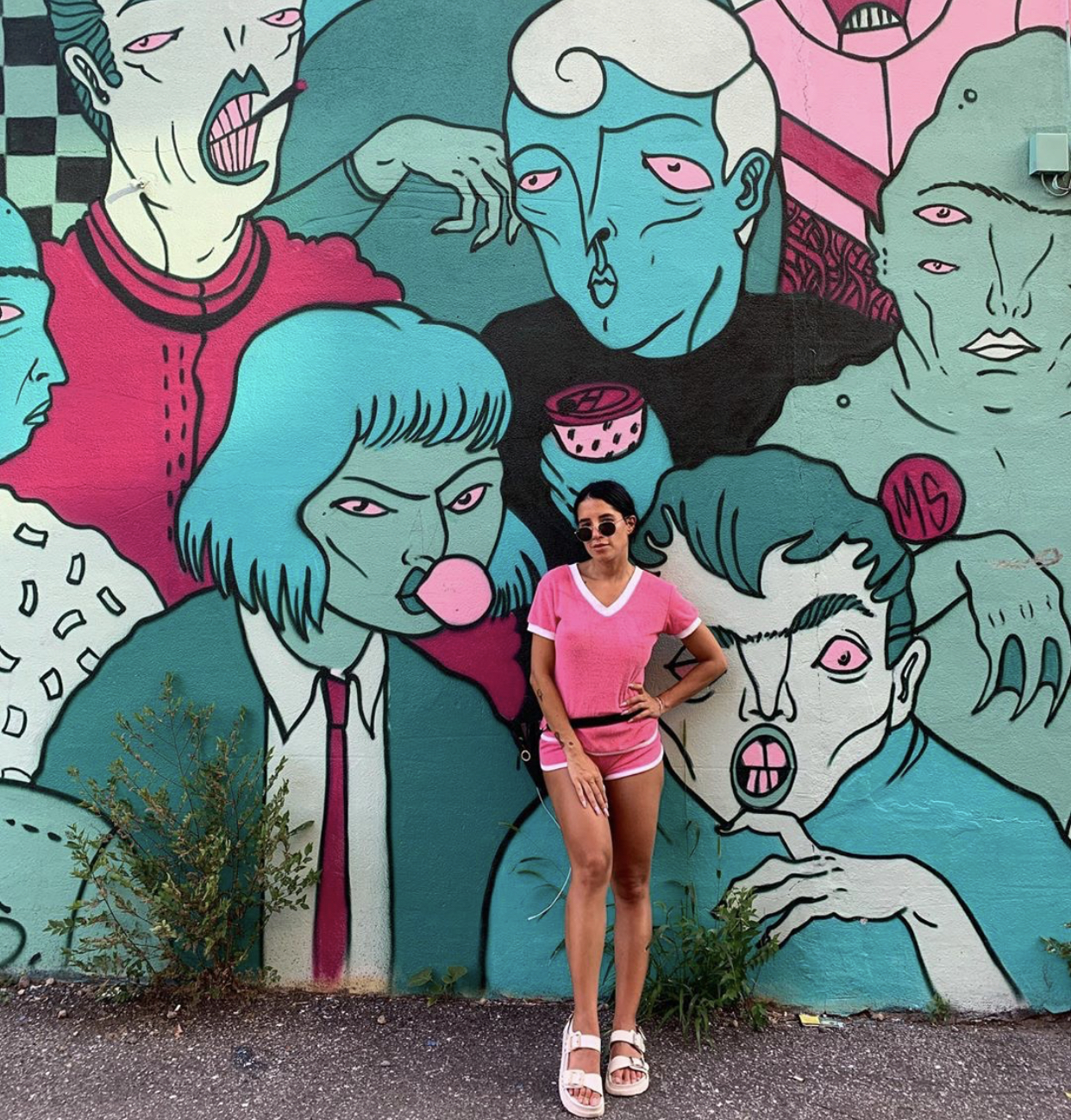