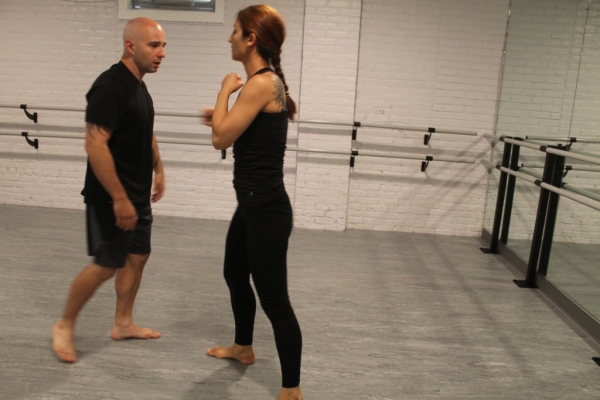 As you all know by now, I am on a health quest to get back to my pre-blogging lifestyle of eating healthy and exercising regularly. Part of this quest is to also discover new ways of incorporating activities that are good for my body and my soul. Let’s be honest, exercising can get monotonous and boring after a while, that is why it’s good to change it up and keep the body guessing!

Pasquale Antonio a “Systema Martial Arts” coach recently reached out to invite me to one of his classes at the Performing Arts Workshop in Downtown Jersey City. To be honest, I really did not know what to expect, when I hear Martial arts I picture myself in full combat mode with my opponent doing this move: 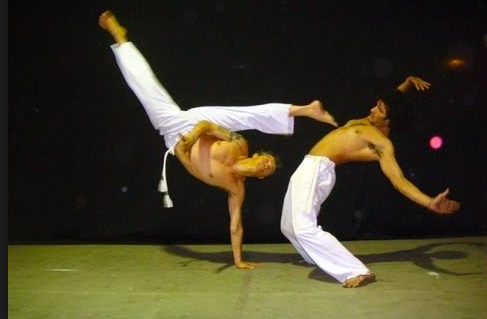 Suffice to say I was nervous going into this, I can deal with push ups and squats, not so much going against another person…. I showed up to Pasquale’s weeknight class ready in my fighting gear aka lululemon workout pants. 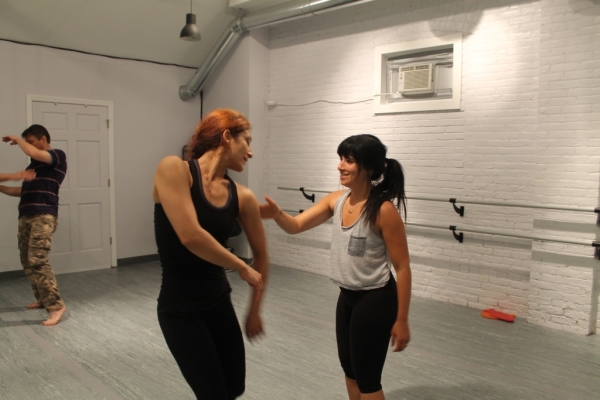 I had a blast!! at first I wasn’t really sure what I was doing but as class went on and with Pasquale’s awesome instruction, I was able to let go and just be fluid with the movement. It’s not so much a fighting class, it’s a movement class, a cross between Martial arts, yoga and dance! and it was definitely challenging! but in a good way, I was sweating within 10 minutes!!  Class totally flew by and I felt really zen afterwards. 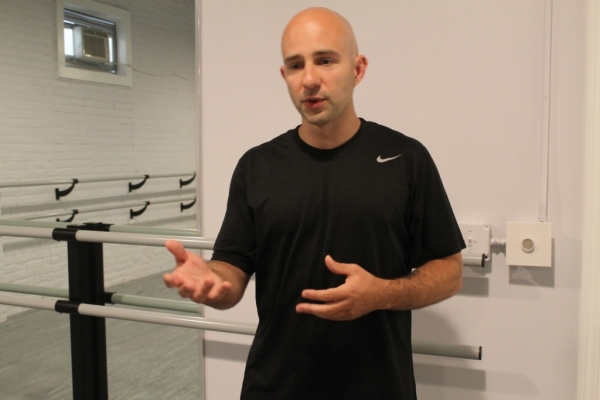 What do you do? I teach Systema Martial arts, Fitness Classes, Personal Training, and do Bodywork in Jersey City, Hoboken, and New York.

So tell me about this class that we’re going to take. The first class is a Movement Fitness Class. I designed the fitness class to help people move more naturally, the way our bodies are designed to move using our own body weight as resistance. I use various different types of movements that are similar to what you may see in yoga, Pilates, gymnastics, dance, and of course martial arts. I was inspired by Systema Martial Arts training where you need to be able to respond to a changing environment in the most efficient manner possible. The second class will be Systema martial arts. 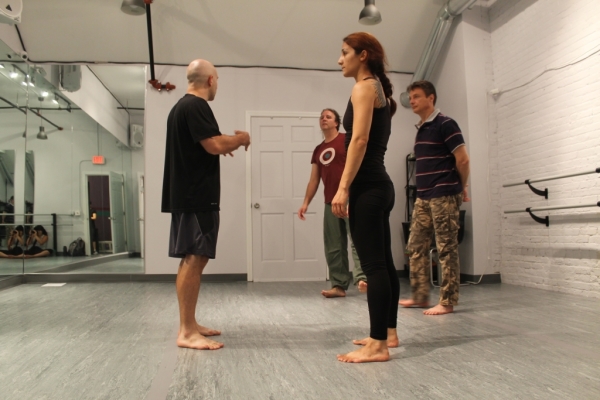 When I think Martial Arts I think fighting. The fitness classes and personal training are designed to gain the mind and body health benefits from martial arts and other movement disciplines as well, without the fighting component. When it comes to movement all arts have universal similarities, they just have different applications, styles, and intent- that is my focus. Systema Martial Arts has some exercises that have a flow much like dancing where you have to follow the energy that’s being given to you and then process it without resistance. And it can be developed for fighting and self-defense, which can be very sneaky and effective.

Like choreography. Well there’s no choreography, that’s one of the things that I do leave out. We don’t choreograph movements like many traditional martial arts or fitness classes, as we want to be more unpredictable and spontaneous. I want to help people think more like jazz musicians or contact improvisation dancers. So you have a theme, but you don’t have to do it specifically the way that I do it. You find your own way to do it; you discover your own body in your own way. 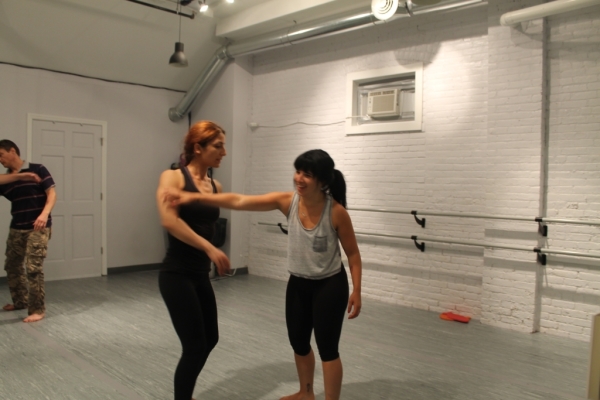 That’s how I teach my Hip-Hop class. Exactly.

You need to be able to improvise- it uses the part of the brain that develops creativity and critical thinking. Both my classes (fitness and martial arts) are a great way of studying the body and learning what your own physical and mental limitations are. Many martial arts will teach you how to throw punches as fast and hard as possible using a specific form. We focus on precision first, then add power and speed as needed- like volume control. You don’t use a cleaver to perform surgery. So I don’t need to use 100 lbs. of pressure to knock her (Funda) down if I can find the right angle and take her balance with only 1 lb. of pressure. Without balance and stability she will not be able to keep attacking.

Do people spar in this class? Not often, but if we do it is not necessarily to win, but to test a concept and our own responses. Systema is a combat martial art, not a competition martial art like boxing or MMA. So it’s a different skill set- not better or worse, just different. We also don’t have any safety gear, and we work with weapons and multiple attackers a lot so sparring can be really dangerous if not controlled. So we mostly train by setting up experiments- For example, she (Funda) is going to do various grabs and I’m going to experiment with different ways to escape and then maybe later on I’ll add a strike. So she grabs, I escape and strike. And then she might come in with striking and I’m gonna grab, we might even spend some time getting hit or falling and learning how to be safe and work at the same time… or add a knife. 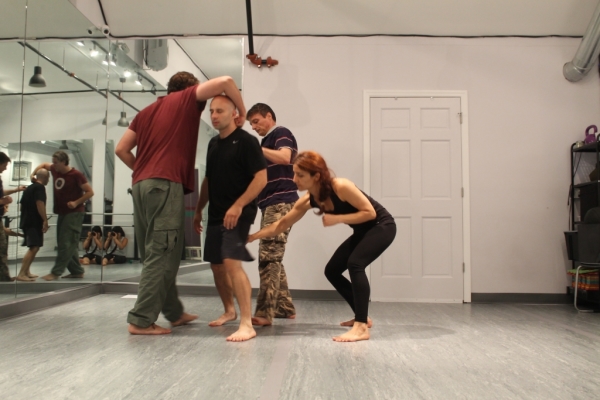 You guys must have a very interesting sex life. People have said that to us before, but it’s actually quite normal. Although it is kind of sexy when I’m in the kitchen and she sneaks up on me with a knife. 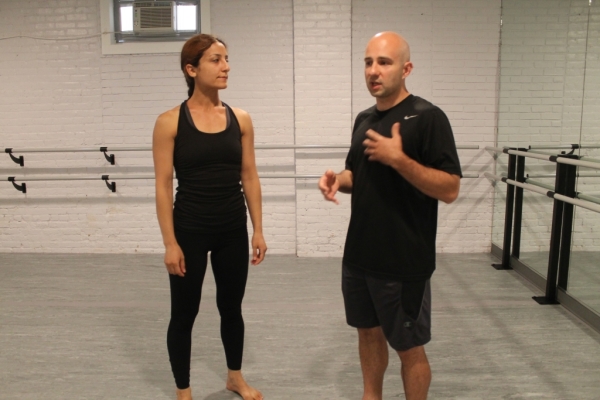 How long have you guys been together? Five years.

You’ve always been doing martial arts? That’s how we met.

How did you guys meet? We met at an Aikido seminar and we paired off to work with each other. I came in with an attack and she knocked the wind out of me, put me in a hip-throw and threw me on the ground and I’m like, “I’m keeping her.” 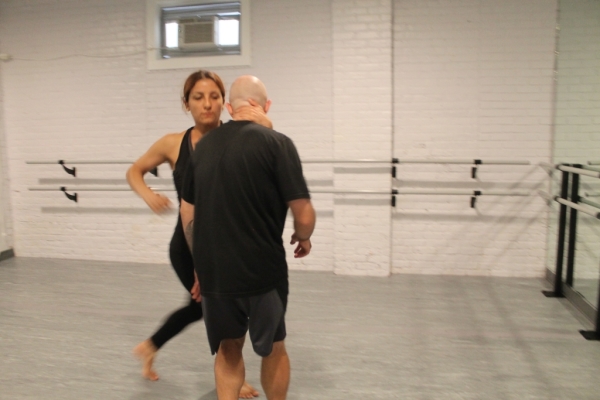 I love that! We’ve been together ever since and discovered Systema together.

So where is Systema from? It was developed as a martial art by Mikhail Ryabko and Vladimir Vasiliev, former members of the Elite Russian Special Forces. There is a lot of information on about its origins. It is also the only martial art I ever encountered that deals with psychology and how stress affects our function. We have no belts, no ranks, or competitions, no mats and no equipment other than weapons to keep it as realistic as possible. The four core principles are breathing, relaxation, structure, and movement and through the pressure testing exercises you learn how to work in stressful situations. 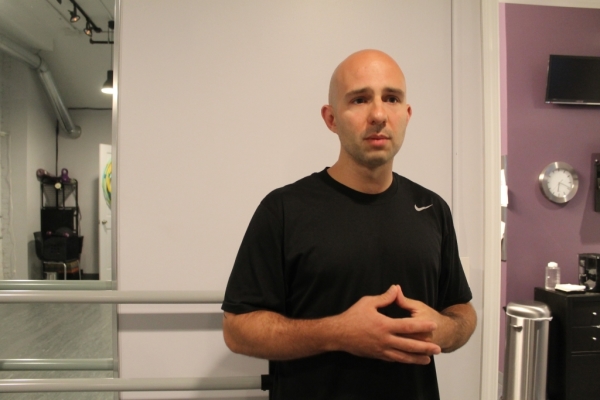 So it helps people with patience. Yes. You know if you do yoga or meditation, you sit there and you’re calm while you are doing it in a quiet place, then you go back to the real world and the stress comes back, right? It is just a temporary fix. With the work we develop for breathing and relaxation, you can use them all day long while things are happening, stay calm and make better decisions without the emotional flooding.

So what are five health benefits of this? Optimal physical fitness & health, effortless movement, stress reduction, athleticism, and of course self-defense. 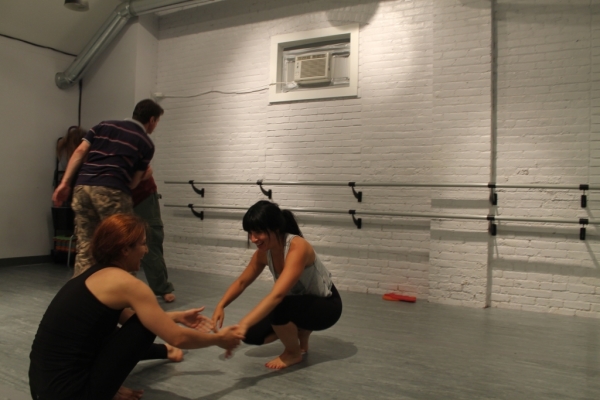 What can people expect coming to a class? Don’t expect anything because it is different every time. You have no idea what’s going to happen. Just dress comfortable and bring water.

And it can be any fitness level? Yes, everybody’s welcome. There is an incremental progression to everything we do in both the Movement Fitness Class and Systema Class. Safety is the most important thing, so we mostly work slow[ly].

Do you live in Jersey City? Two and a half years. Before that, Astoria, [New York].

What is your favorite Jersey City hangout spot? We mostly just go out for dinner and enjoy our wine. We frequent Rumi, the Turkish restaurant and Blue Lotus Indian Food. We spend a lot of time in Hamilton Park working out too.

Anything else you want people to know about you or this class? I can talk about this all day, but you’ll just have to experience it. It is really unique. So come play! Personal training for fitness or martial arts is also an option. I will also start offering bodywork in a few weeks. Check out our videos online or come watch a class for free anytime.