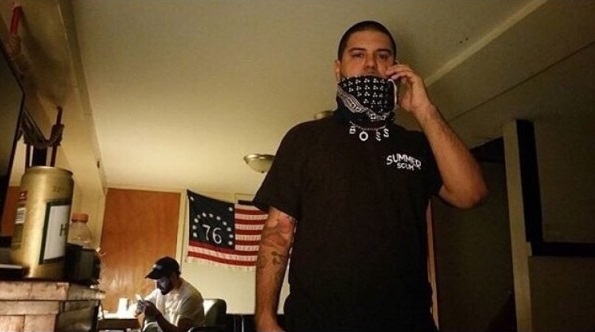 Coming from a self-proclaimed artistic background myself, it dawned on me about a week ago (free Bobby Shmurda & the whole GS9) that I haven’t had the most opportunities to speak on my behalf about the creative thoughts I’ve had in the past thirteen years or so. But luckily, a little recent focus and self-motivation lined me up to reach out ChicPeaJC, who with her blessing, has given me the opportunity to try something new! In this G.T.T.S. column, we will highlight some hidden and not so hidden gems from the streetwear scene, art world, and other a little bit more obscure subcultures. Tackling what inspired, said cool persons, to pump out such a cool garment or article of clothing. Maybe even an accessory or two!

For our first installment of this series, we caught up with Jason Romero, founder of Summer Scum. He touched on the meaning behind the radical name for his brand and influence. We also get a more in-depth description on his latest ‘United Snakes of America’ tee. So what’s not to like?! 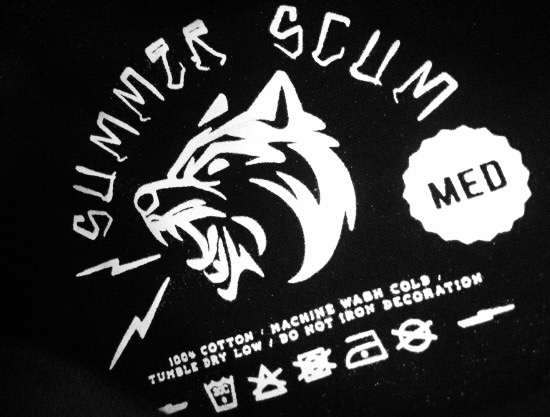 PV: What’s up with the name? What made you think of it?

SS: At first, I didn’t like the name at all because of other reasons and I’ve had people come up to me and be like “Is it Autumn Scum now?” So annoying.

I came up with ‘Very Rare’ first but sat on it for too long. Two months later, I saw someone was posting ‘VERY RARE’ clothing on Instagram, it bummed me out.

After that, I was just looking around at my surroundings for a new name, and when I could start working on something again.

The name came out of impulse, but it was the Summer of 2014 and I was still doing the same shit, drinking, smoking, destroying other people’s property by skating, other things I’m not going to get into, you know, Scumbag shit. Summer Scum was born and I realized that Summer is my favorite season, because I’ll forever be doing “hood rat stuff with my friends!” 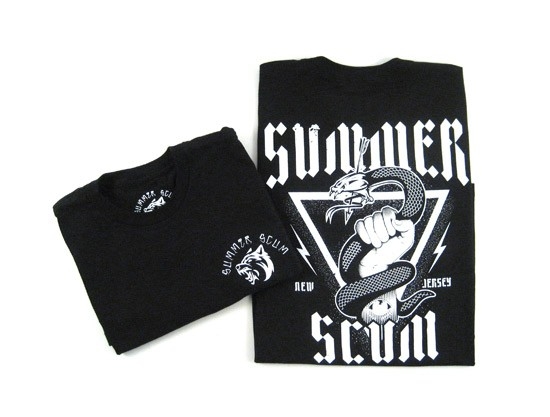 PV: How’d you get into making T-shirts?

SS: As a teenager I would travel all over the tri-state area just to see my favorite bands play, and these were bands that weren’t so popular. You really couldn’t go to a Hot Topic to get a Floorpunch tee or a Slapshot tee. You had to go to their shows, and buy the shirts straight from them, and that’s fucking awesome. They were all done on shitty Gildan tees, but the graphics were unique and raw, so it didn’t matter and that had a great influence on me. I just want to make clothing that would make you feel like you’re part of the scene, just like the hardcore scene that did it for me.

PV: What’s the concept behind your ‘United Snakes Of America’ tee? And can you tell me how the graphic came to life?

SS: Every graphic I think of is pretty much at the moment. At the time, I was going through some minor issues, and it just seemed that everyone is only looking out for themselves, which is fine. I respect that. But to screw you over for their benefit & gain is not cool, and I feel that’s how this country works, but hey, what can you do? Make a shirt. Aha. I just wanted to make a shirt that speaks for itself. You find a snake in your backyard, you grab that fucker and expose that fool! So, I just sketched out a drawing and my good friend Dermot Reddan made the magic happen. Dermot Reddan is my partner in crime. Yo Dermot!! 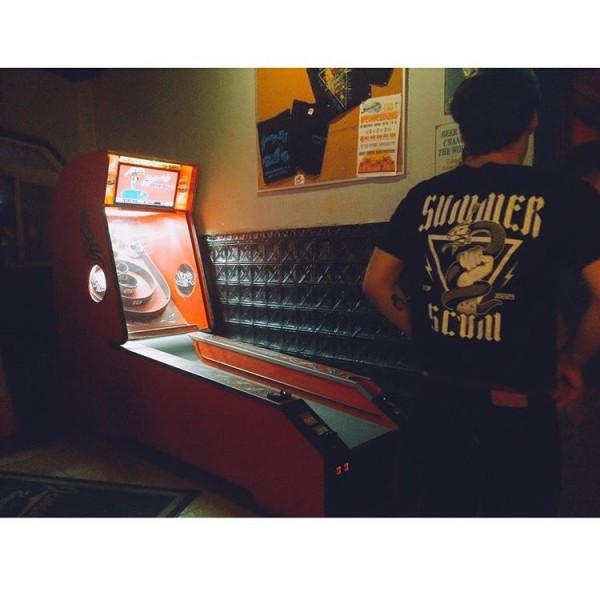 PV: What can we expect or look out for in the near future with Summer Scum?

In order for Summer Scum to keep growing,

I need to grow as a person and I’m learning every day about the industry, but hopefully this summer I can drop some new, how you say?…JAWWNSS! 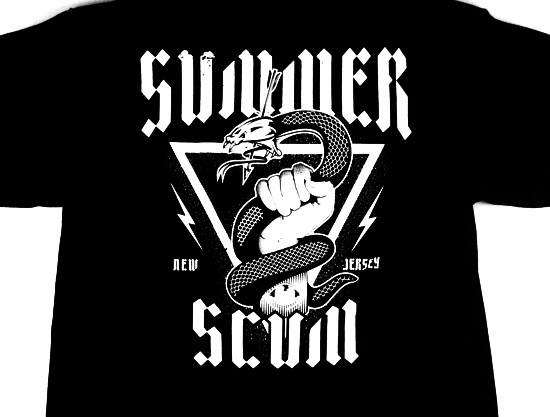 PV: Is there anything thing you would say to someone out there who might want to make a t-shirt, start a brand, or who might want follow a creative outlet?

SS: Please don’t go out looking for advice, because most of the time you won’t get it and you’re wasting time. I learned that the hard way, but I got this far using google, haha. Never cater to anyone because you’ll dilute your work. If it feels right and it makes you happy, it’s fucking right! 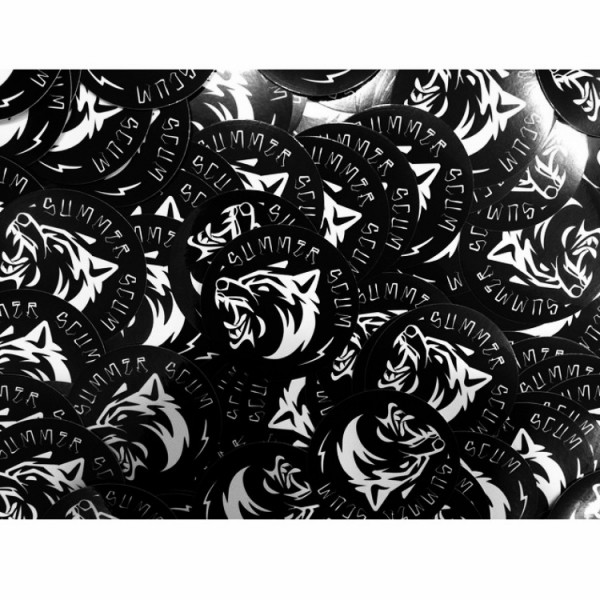 SS: I would like to give out a couple shoutouts, if possible? I would like thank Dermot Reddan, Will Photo, Maria, Classic Skate Shop, PayPal, Raymond Tree. To all the people who actually bought my shit and, of course, you Gus! Thanks for the opportunity, big homie! R.I.P Sheer Shred.