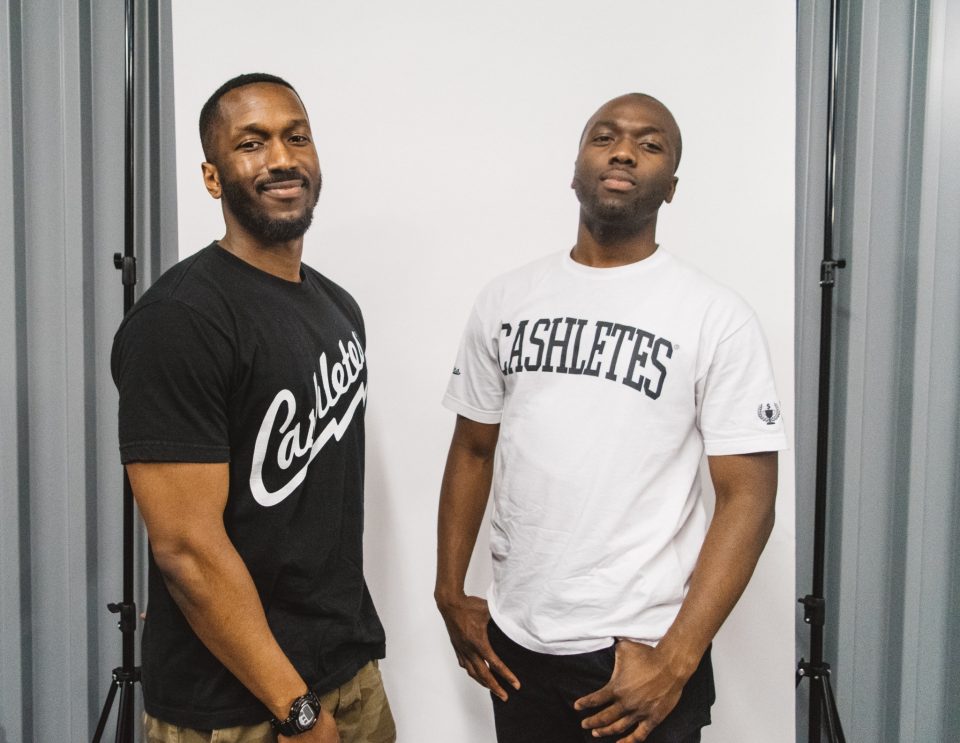 I’ve been writing about the JC scene for over two years now and till this day, I am still flabbergasted (yes I said it) by the amount of talented people who are doing cool shit in this city. AJ and Moust, are the owners of Cashletes an athletic apparel brand based out of Jersey City. They are also brothers, graphic designers, comic book illustrators (!!!) and the nicest guys you will ever meet.

I first came across their brand at my friend Hayoner’s shop “The Clearport” when he opened two months ago and then I also found out my friend and photog Nabil shoots for them. I wanted to find out more and hear the whole idea and story behind Cashletes… I come to find out I am actually considered a “Cashlete.”

AJ and Moust (short for Moustapha).

What do you guys do?

AJ: I’m the designer and creative director of Cashletes.

Moust: I handle the logistics, financials, and the oversight of Cashletes. 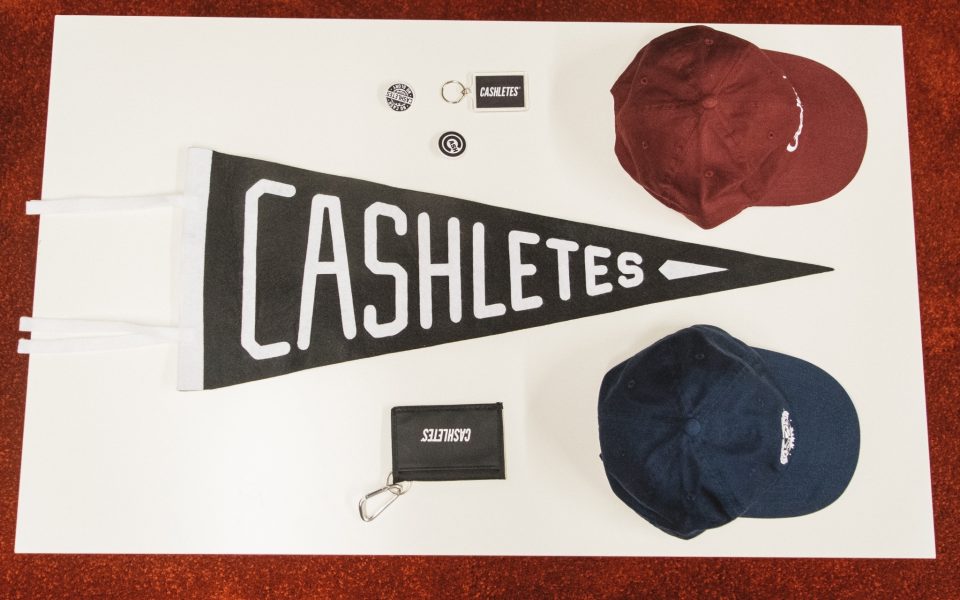 I love that! That’s a dope concept. When did it start?

Moust: We created concepts for it in early 2009 and then we finally released products for sale mid-2009.

Awesome. How did it come about?

AJ: We started with a comic book, and wanted to get this comic book made and published. In order to publish it and market it at the capacity we intended, we had to come up with about $100,000. So we had to figure out how to make all that money. We started another business to fund that comic. From that, we needed to make more money and started another business. Basically, we were starting these businesses and it was like a sport for us. We started businesses to fund different things.

That’s so cool. My parents were also entrepreneurs. They would open a restaurant, pay for the car dealership, pay for the house, flip the house. We’d move to a small apartment so they could buy the car. It’s never-ending. They have a thing they always say: When you grow up, you’ll understand.

Moust: Yeah, there are challenges to doing a bunch of things. Sticking to one thing is definitely beneficial, but out of necessity, we started another thing, and then another. And it’s kind of where we are now.

And you’re based out of Jersey City?

Are you guys both from Jersey City?

Moust: Well, yeah. I was born in New York, but I grew up here. 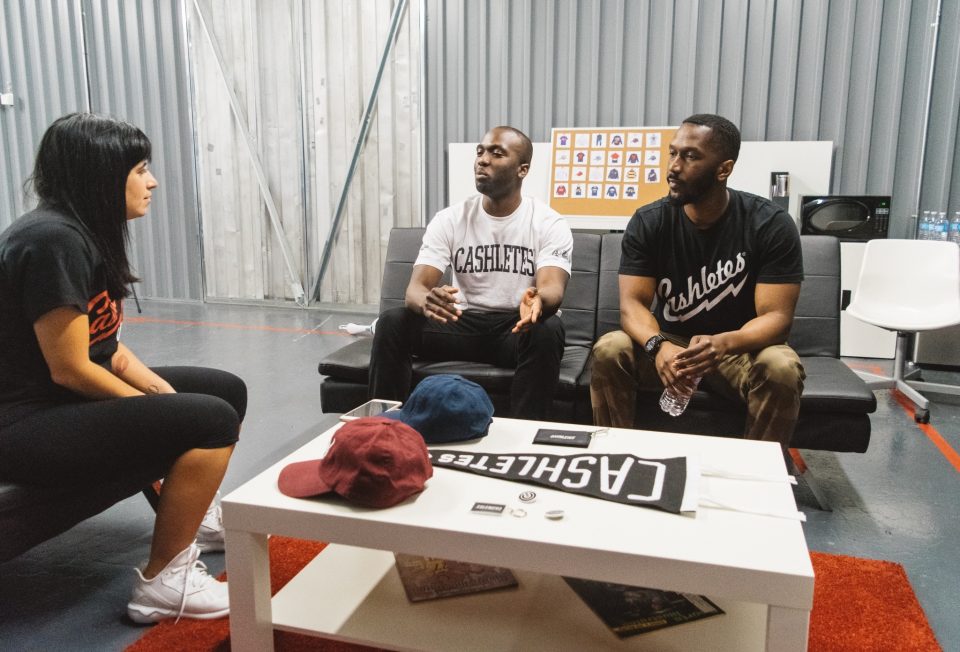 How do you guys know each other?

What? You guys don’t look alike! How far apart are you?

Amazing! Usually people avoid business with siblings. How is it like working together?

Moust: When we were kids, we would make comics. Sometimes we worked independently, other times we decided to collaborate. Even playing with action figures, we collaborated. Starting a business, we knew we could collaborate and work together.

From comic books to fashion – explain that.

AJ: Growing up, I was always an artist. I started drawing in kindergarten and the first thing I drew was Batman. That got me into comics, so I started drawing comic books. Every day, I was in my room, almost destined to be a comic book artist. Throughout the years, I gained other interests and looked at ways to use my art skills in these other ways. In the early to mid 2000s, I got into streetwear and was looking at brands like The Hundreds and 10 Deep. I was like, “Oh, this is basically like drawing cartoons on t-shirts. I could do that, too!” 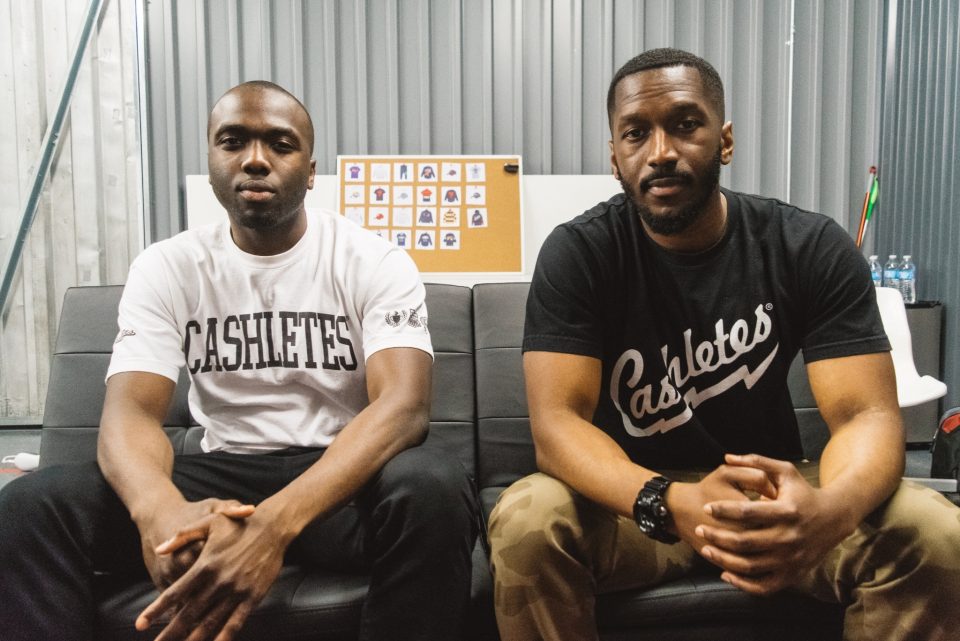 So how come it’s not like that now? It’s very clean.

Moust: When the brand started, a lot of our designs were more cartoon-ish.

AJ: We had a bunch of different mascots.

AJ: Yeah, over the years, it’s evolved. One thing we recently started doing is moving with certain trends. Before, we were hesitant and wanted to stay with what we do and our look, but we noticed that you have to adapt in certain ways to survive. So we stick to our roots, but we adapt to what the industry changes into. When we first got into streetwear, there were prints and big graphics. Over time, that shifted. Now it’s all about clean looks. 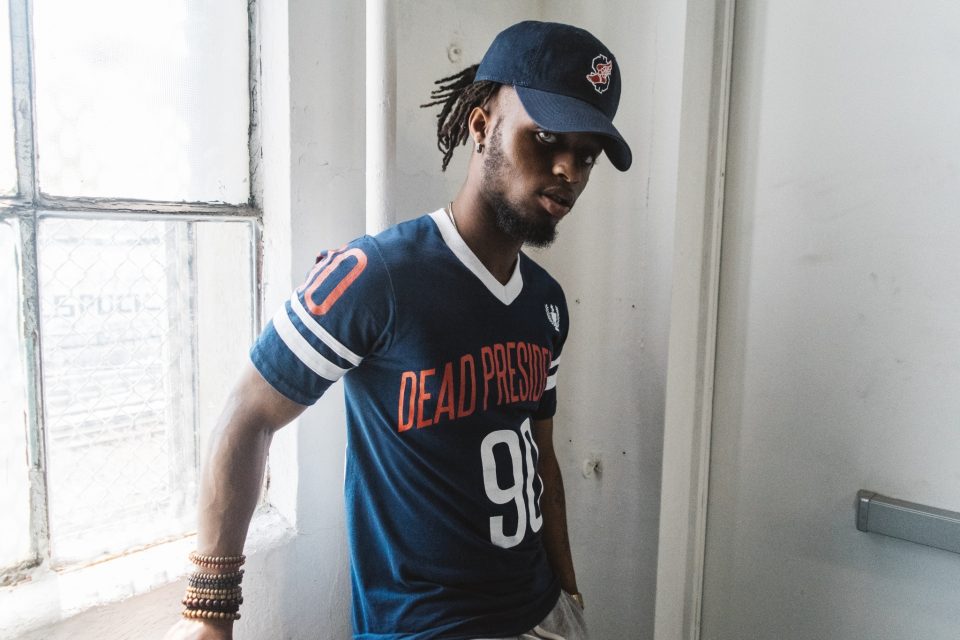 What is your creative process?

AJ: I look at examples of retro sportswear from brands like Reebok or Nike. Sometimes I look into ways to flip them. When we started producing jackets, we wanted to make a modern version of Starter jackets, because at the time, they weren’t making the jackets anymore. There was a void there, so we started putting out these satin jackets and nylon jackets, but with different fictional teams on them. I also look into ways to re-introduce classic motifs.

Where can people get your stuff?

AJ: Cashletes can be purchased locally at two shops in Jersey City: Clearport on Montgomery/Bergen and Faded Royalty on Central Ave in the Heights. You can also get our gear on KarmaLoop and our own website. 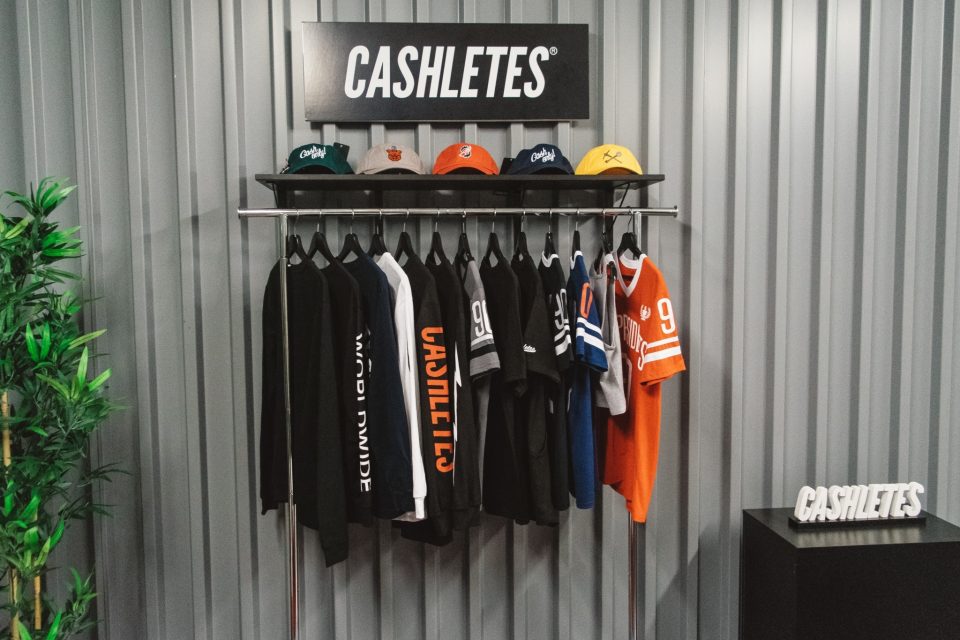 What area are you guys from?

Moust: We’re from the Greenville area, on West Side Ave.

How do you feel Jersey City has changed in the past few years?

Moust: We see downtown has been making a lot of developments. It seems like certain areas are becoming “cooler.” Before, people from around here would go outside of Jersey City to find entertainment. Now, you can find cool places in Jersey City such as Porta or LITM. Jersey City is starting to develop its own unique culture where people don’t have to go to Hoboken or New York to get that.

Do you see that as positive?

Moust: Yeah, definitely. Sometimes, people look at how some residents are getting pushed out due to the development. There are certain negatives, but there are certain positives, like the city establishing its own culture. 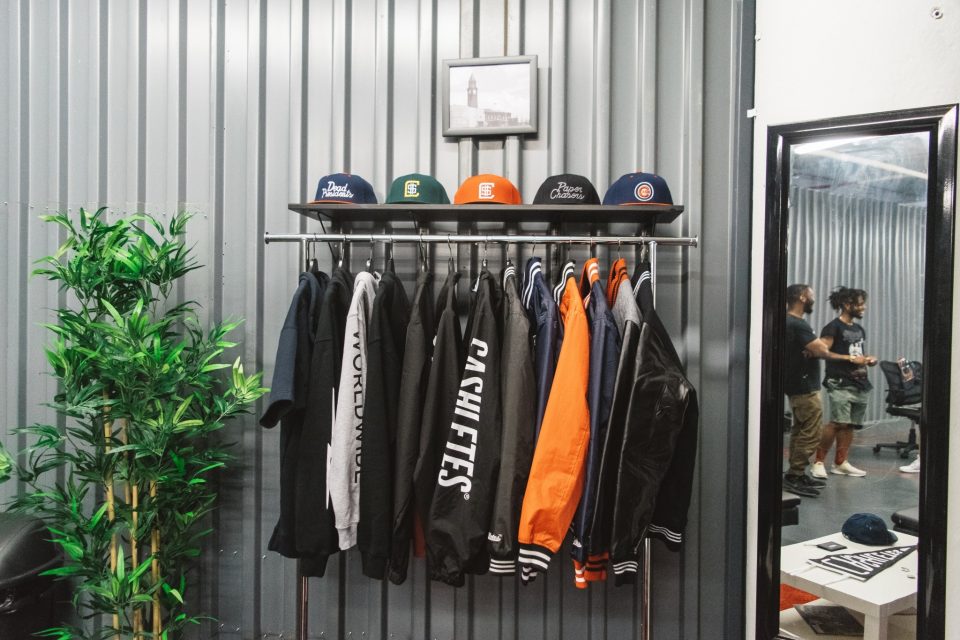 What’s in the future?

AJ: We plan on opening up a store, maybe in Jersey City. We were originally looking at New York, but the rent is crazy out there. Jersey City is definitely growing, so it’s now a real possibility. We also have a fall collection that’s going to be pretty cool. And just this year, we started producing women’s items.

Moust: We were a little hesitant to release a women’s line, but once we did, it started catching on as well as the men’s stuff.

AJ: We’re definitely going to release more items for women. I noticed there aren’t too many women’s varsity jackets out there, so we’re going to come up with some cool ideas for that. 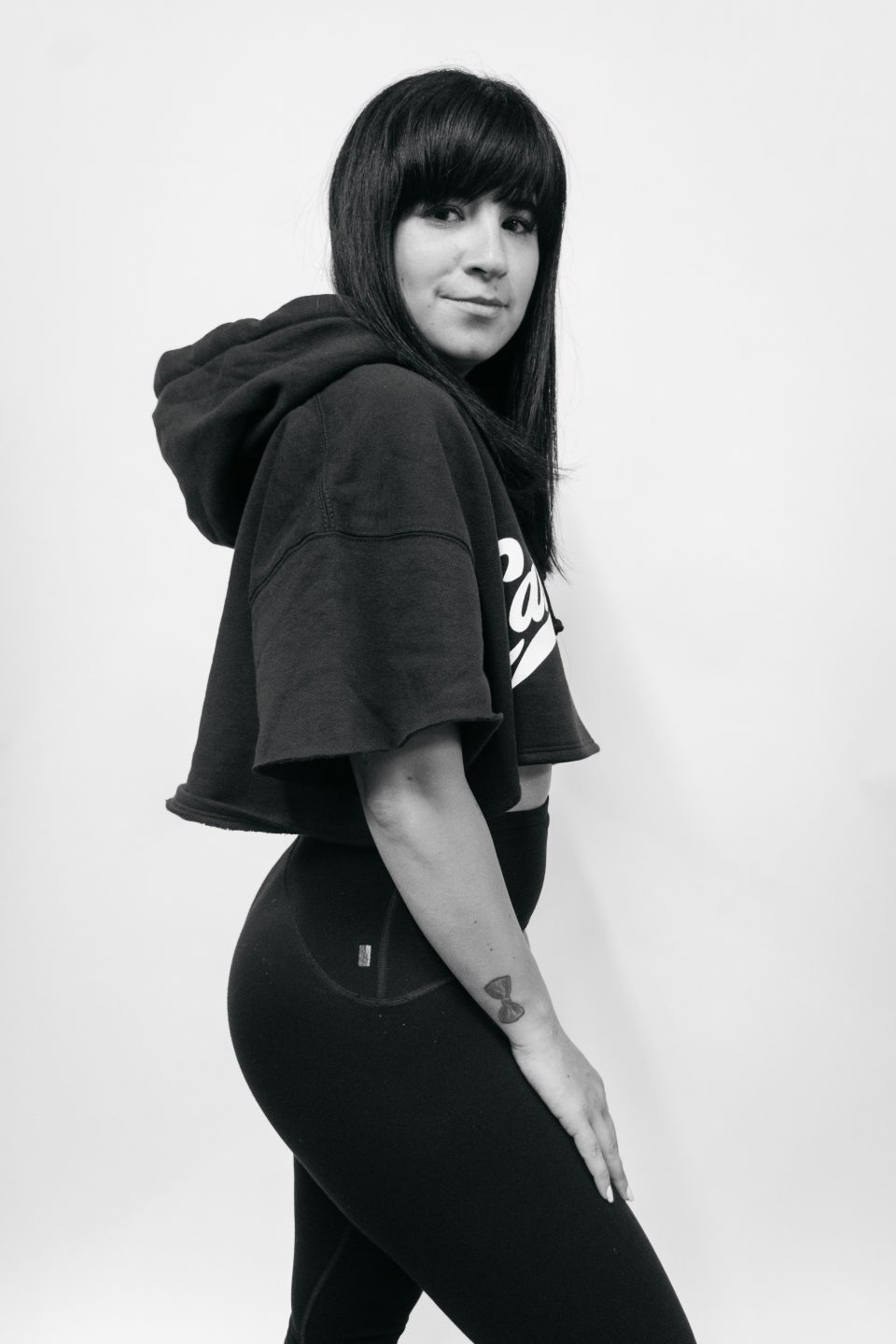 So do you guys do this full time?

AJ: We managed to stay out of getting a job for a long time. 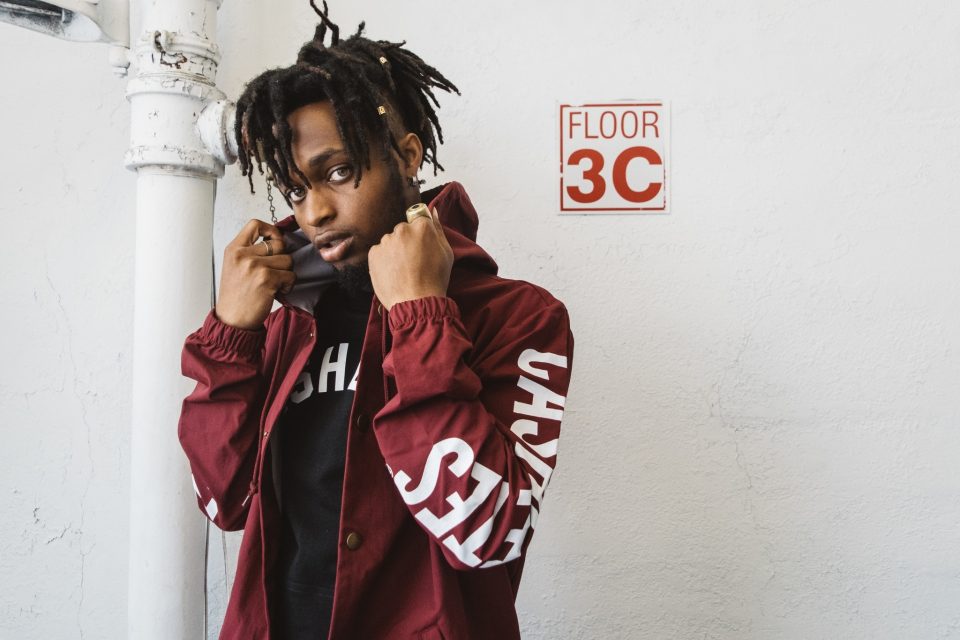 It’s the new wave. Everyone’s working for themselves. Anything else you’d like people to know about Cashletes?