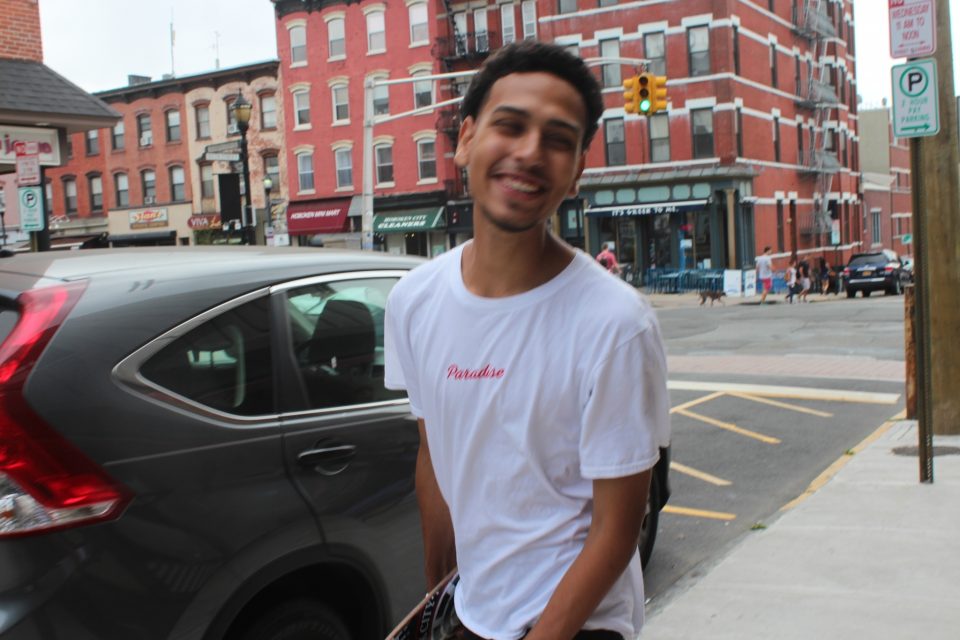 When I was scrolling down my Instagram and saw Darion, that was my reaction to both his music and art. I had to know who he was. I began to spend a lot of time around him and actually formed a strong friendship with him! As time passed, I realized I knew him and I was his friend, but I never really found out where his inspiration came from.

I knew I needed to know more about his mindset when it came to his music and art, so I asked if I could interview him! I asked him to bear with me, as it was the first time I had enough courage to ask anyone to sit and let me interview them. We agreed to meet in Hoboken on Fourth Street, at the baseball field. I was pretty nervous, and it was noticeable, so he told me to just play it cool and get comfortable as if we were talking normally. That made me loosen up and jump right into the interview! 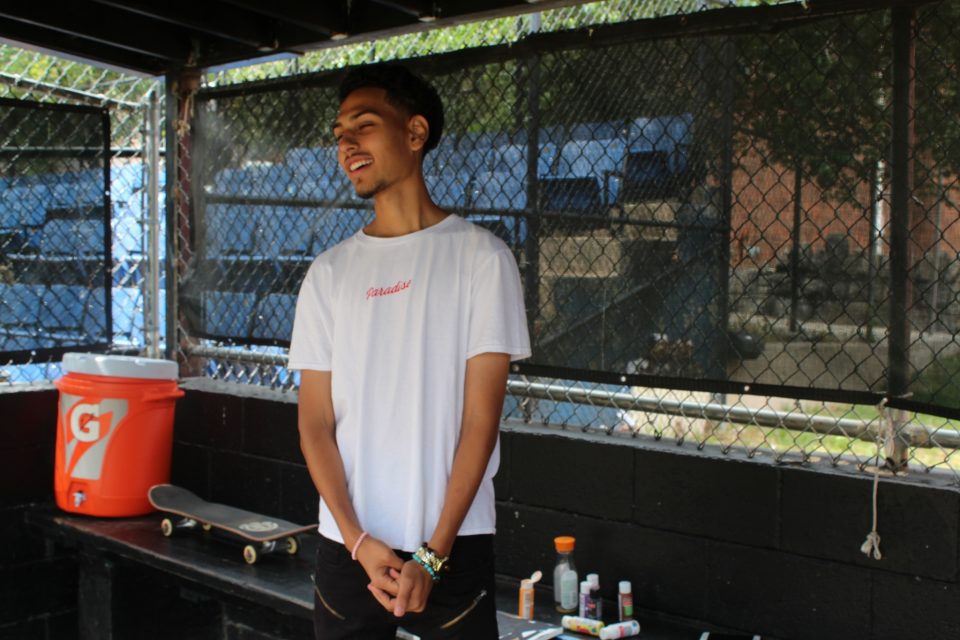 First and foremost, what do you prefer to be called?

I go by the name Darion.

And what kind of art do you make, musically and artistically?

And do you feel like you have any influences when it comes to your art and your music?

Do you play any instruments?

When did you feel you wanted to start making art and music?

I’ve been making art since I was around four years old. I’ve always been the class artist or the school artist, the only person in my school who would really be into art. I’ve been doing this all my life, basically.

And as for music?

Music, I started when I was 12. My father was a rapper, my uncle was a rapper. I’ve been around DJs and producers my whole life. It’s always been a part of my life. 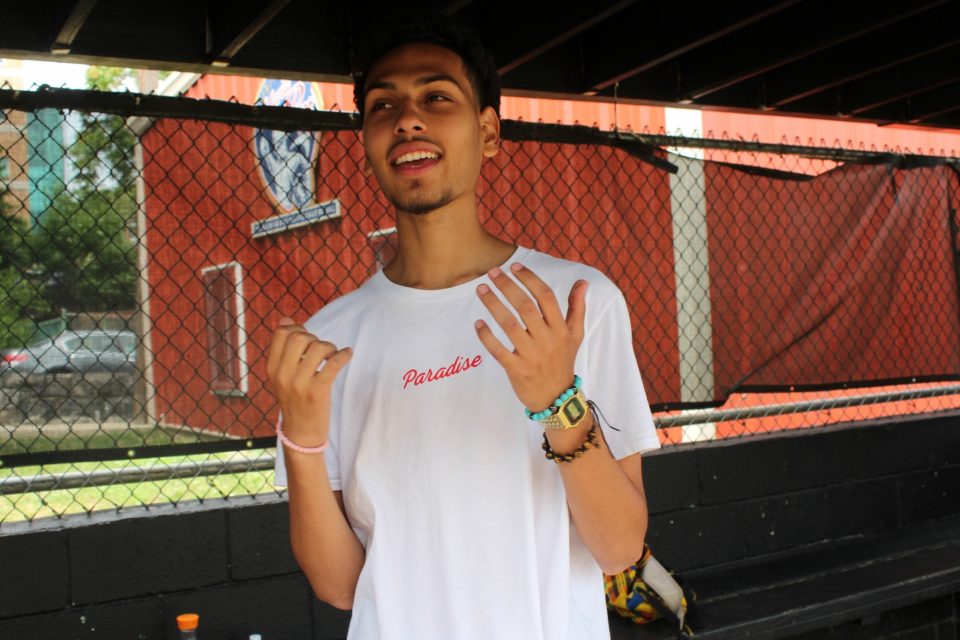 And where would you say your inspiration stems from? Or is it off the dome?

Usually it’s off the top. I can’t premeditate everything. I just go with the flow.

What do you use to create your beats?

I use machine and Ableton. It’s a beat machine from Germany.

Do you feel it’s hard to balance creating music and art?

Not really. Whenever I feel like doing something, I do it. Whatever I’m feeling at the time, I just do it. I get creative. 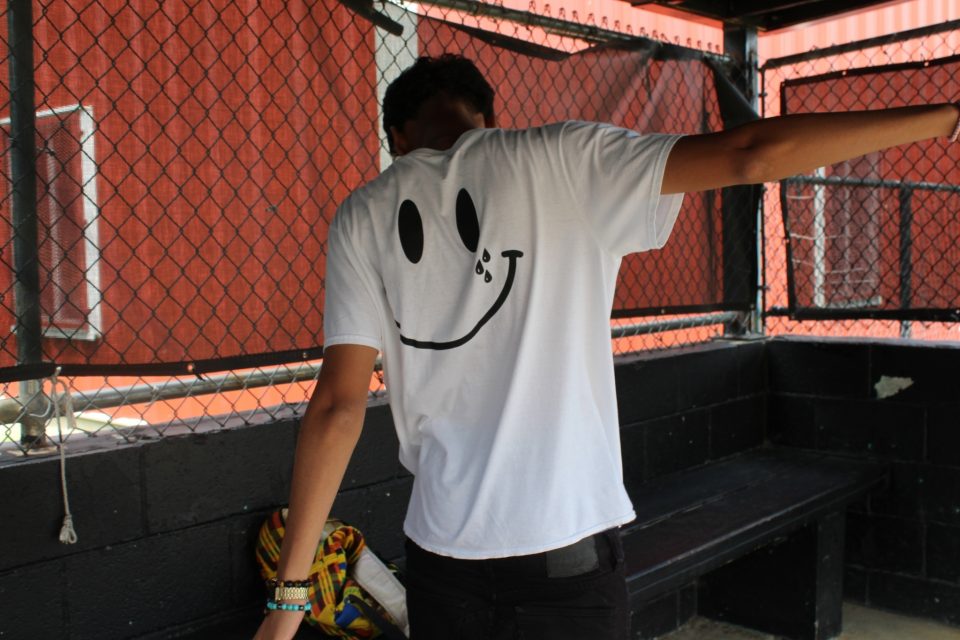 Do you feel like Jersey City has an impact on the kind of music or art you give out?

Hell yeah! I walk around everywhere and I get inspired from all the things around me. That’s definitely where I get a lot of my inspiration from.

Were you born and raised in Jersey city?

For a part of my life, I was raised in Jersey City, but all my life, I moved around a lot. I lived all over Hudson County.

Are you still in school? 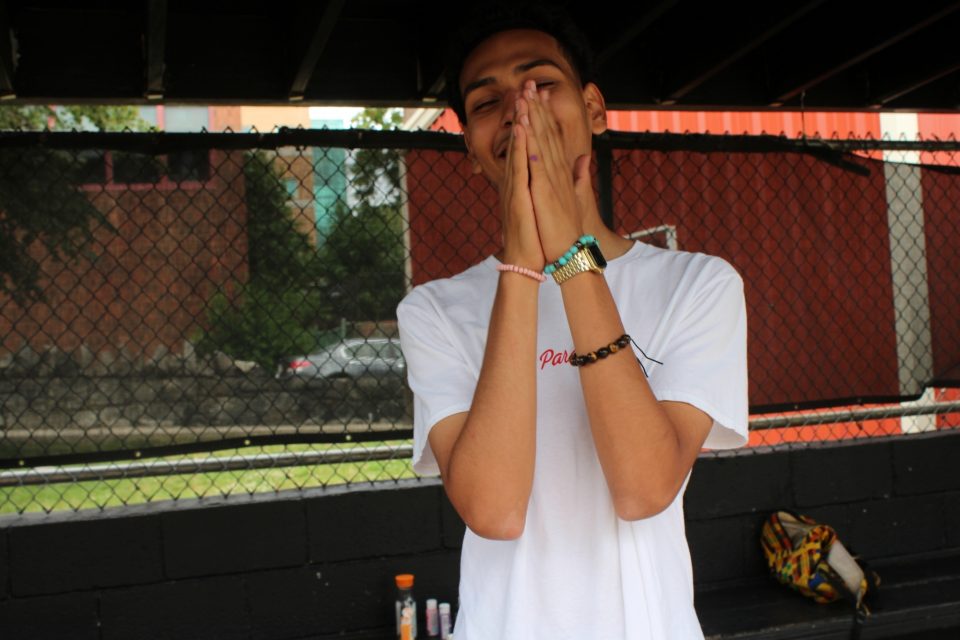 How do you feel JC has changed?

Well, it used to be bad as hell out here. It kind of got better. It progressed. I feel like the youth is slowly progressing and going on different levels.

Do you have any favorite local JC artists that you’d wanna bring to surface?

And what does he do?

He’s an artist, as well. He does graffiti. He’s going to be working on instrumentals soon – he raps. He’s just an artist.

Do you feel Jersey City youth as a whole is doing their part to make change out here?

Of course, I feel like everybody is starting to unite out here. There’s a lot of hate going on in the East Coast, but Jersey City is very united with the people. I fuck with it.

Last but not least, are you working on anything you’d want to mention while we’re sitting here? 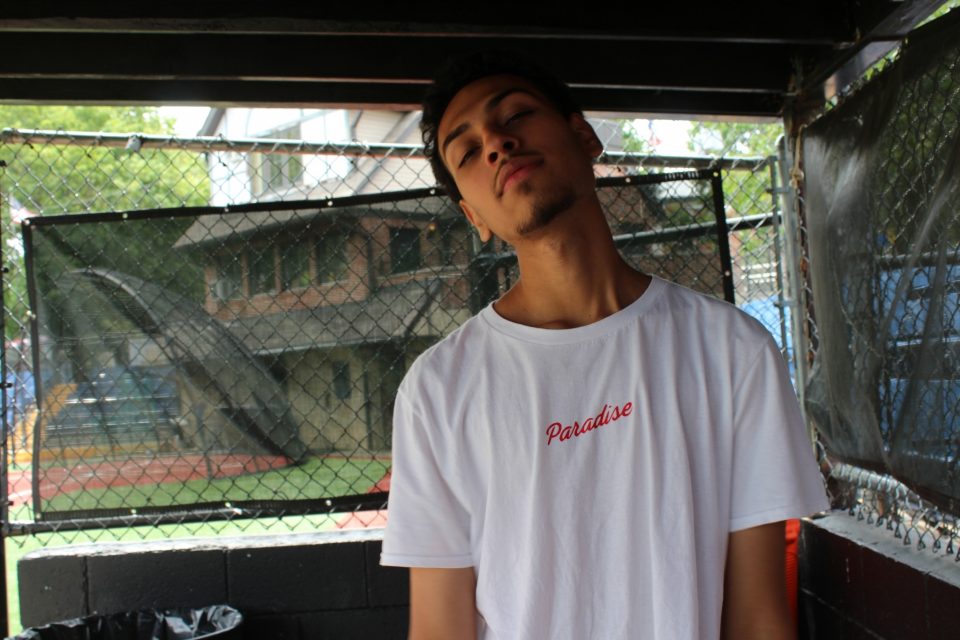 Keep up with Darion: