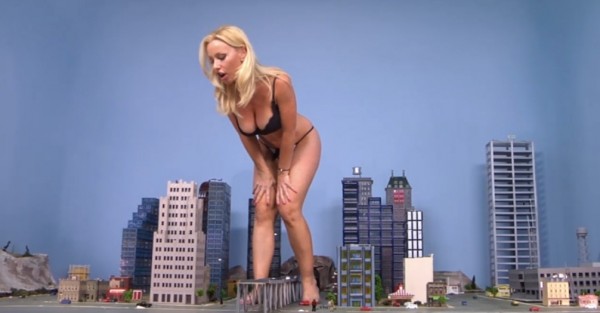 She told me it was $100 and hour, three hour minimum for walking around a tiny city in a bikini, crushing buildings and smashing little people. She told me it was the same as shooting a low budget sci-fi film. Just like Attack of the 50 Foot Woman. The difference was this happened to be for a production company that provided content for one of the most popular fetishes on the internet.

But first, let me introduce myself, or for those you who are devout ChicpeaJC followers, refresh your memory. My name is Rachael Robbins and I have been given the Title of “Jersey City’s Playboy Bunny” by Miss Chicpea herself. And I guess that’s pretty accurate (if there are any more JC Bunnies out there, get at me! We’ll start a support group. i.e. hold each others hair back during bouts or bulemia). If you feel like looking there’s great piece about me on this site from last year. If not, I’ll give it to you in a nutshell. I’m an actress. pin-up model, stand-up comedian, and all around hustler. Not stand-in-the-streets “Love for sale” kind of hustler. I hustle because I’m an artist and I want to make a living for myself while remaining under the umbrella of the entertainment industry. Often times, that presents me with some pretty strange opportunities, that have become common place to me, but i think you might get a kick out of reading about the adventures of Rachael in wonderland. 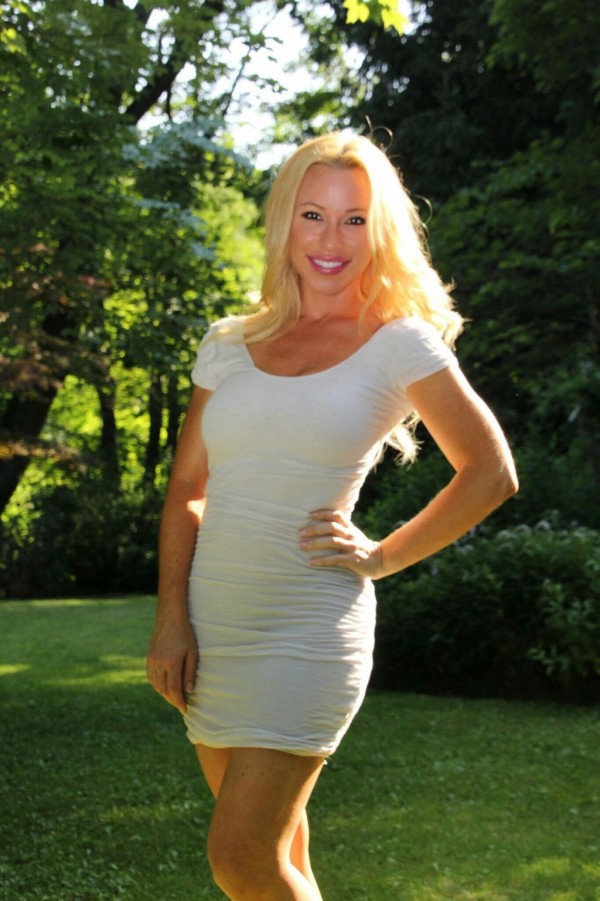 When I was offered to pose for playboy, I asked my dad how he felt about me doing it. His response has become my mantra for the rest of my career choices. He said “As long as you never loose your integrity, anything thing you choose to do is fine with me”. So I have made the majority of my decisions based on this philosophy. 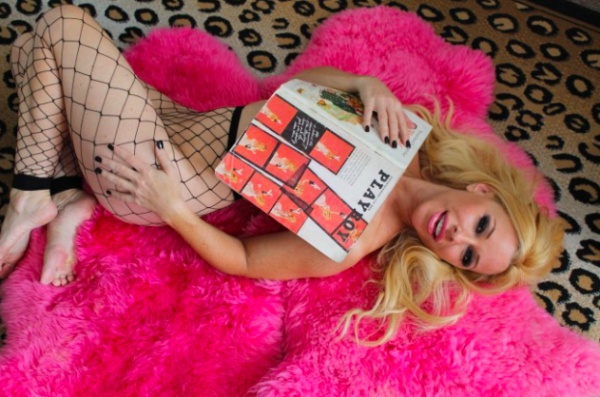 Playboy ended up being one of the best companies I’ve ever dealt with. Yes, at first its weird being naked in front of an entire crew and the woman making tiny pizzas at the craft service table. But after a while it’s the most freeing feeling ever! Especially when they point you towards a gorgeous water fall and tell you to “go frolic” . I literally forgot they were all there. I love being the naked girl.  But now I’m not that same naked girl any more. I’m the grown up girl, that is very protective of her exposure. I still love being naked, but sans camera crew. 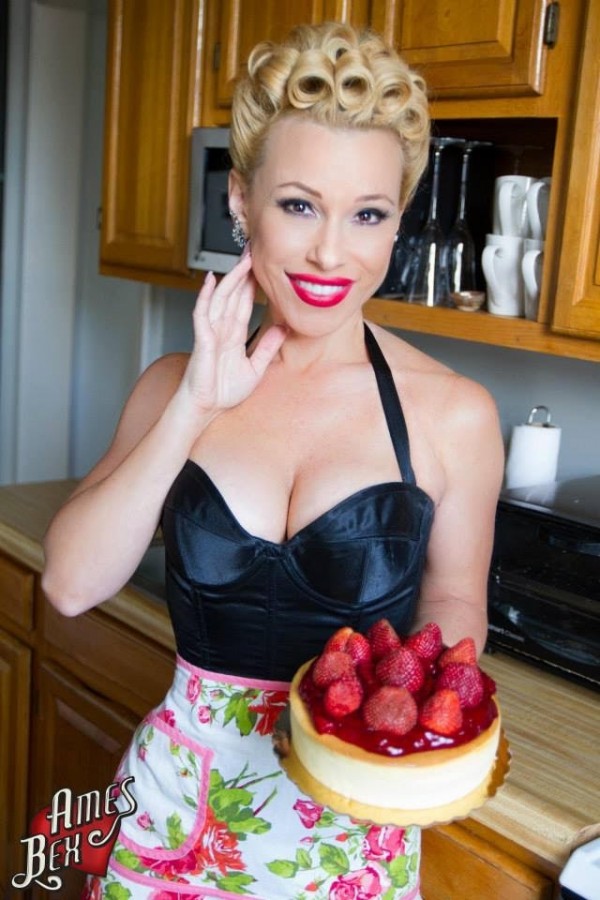 Now, back to the little city that was about to get annihilated by me. So the fetish is technically macrophilia and the definition is : Macrophilia is a fascination with or a sexual fantasy involving giants, more commonly expressed as giantesses (female giants).Typically it is a male fantasy, with the male playing the “smaller” part–entering, being dominated, or even being eaten by the larger being. 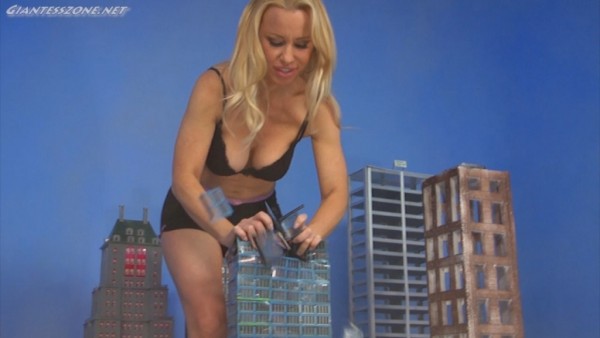 Obviously, there is no actual eating of little men. It’s all done with special effects in post production. But there is a lot of annihilation, car smashing, feet stomping, helicopter whacking, and the occasional caged man. This fetish is very complex. It has categories. VOR for examples deals with he first person perspective of the mouth, hands and feet and is shot with a go pro.  Sometimes you’re so big you practically reach space. Sometimes you’re only a few feet taller. Sometimes you grow into a giant on camera. The angles aren’t the most flattering. And the acting is somewhat repetative . But I’m not here to educate you about the world of  the Giantess. You can google that.

I will say one last thing about it. This fetish falls under the category of “Dom fetishes” and what that means is the fans worship the giantesses. I have never met a more respectful , complimentary , sweet group of fans. Never creepy or pervy. 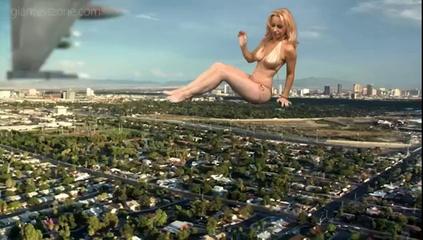 Which leads me to a question I suspect a lot of you are thinking: “Rachael, how can you do something that you KNOW people are getting off to? Aren’t you totally grossed out at the thought of it?”. Here’s the thing, fetishes are vast. I can instagram a picture of my feet in  my new shoes and someone is probably whacking off to them (foot fetish being one of the most popular on the internet). So really, if you can’t beat em, join em…… and get paid for it!! 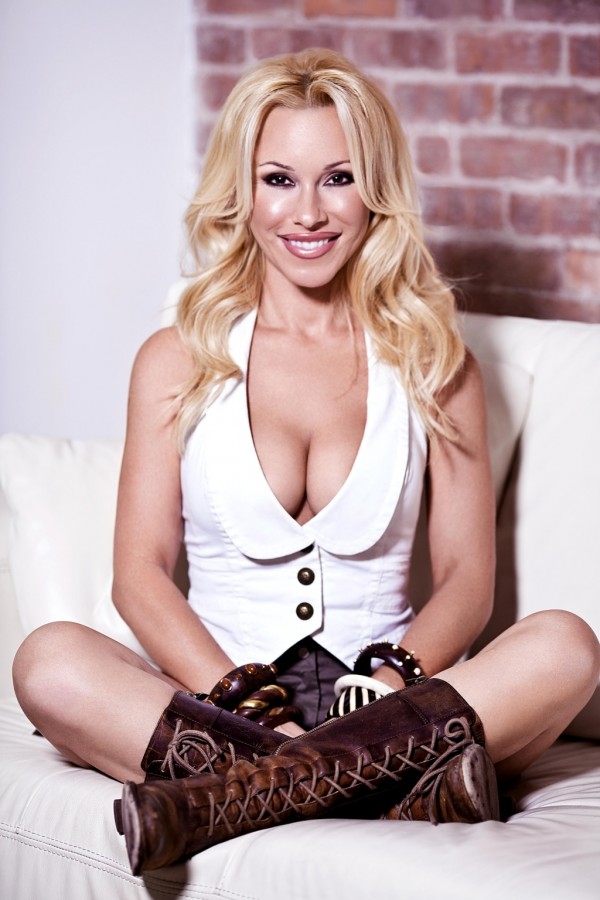 In closing, after realizing the intricacies of fetishes, naturally I wondered if I had any that i didn’t even realize I had! As it turns out there are a whole bunch of “innocent” fetish websites that pay oodles of money and allow you to remain anonymous. What if one of these were my thing? what if i could go to a website or participate in a fetish that really got my gears grinding? So the same actress friend who turned me on to the Giantess work, recommended me for a few more gigs. And I explored, while collecting a nice paycheck AND maintaining my integrity. Did any of them end up being my “thing” well, that’s a different blog for another day ;)