The Jersey City Public Schools had their monthly board meeting on March 15. According to jcboe.org, the meetings are normally held at Dr. Martin Luther King, Jr. School but this one was held at Henry Snyder High School. 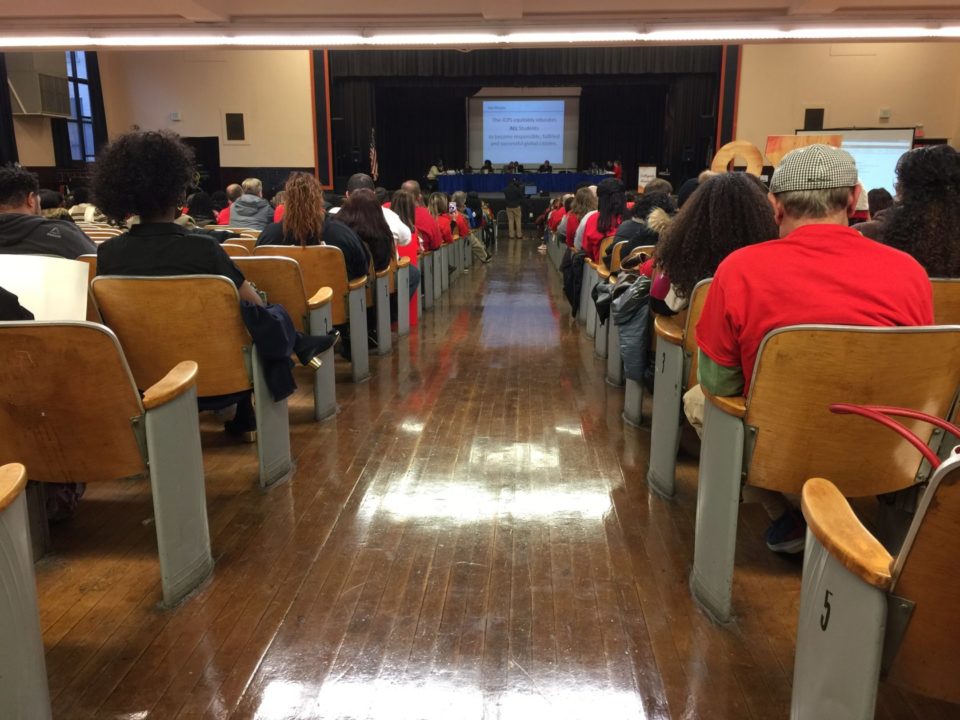 This meeting held by the Board of Education was opened to the public. With no surprise from all of the teachers who are on strike for the past few weeks, this specific meeting was to “discuss the budget and Labor Negotiations.” When my mom pulled up to the school, there were already teachers protesting with T-shirts and handmade posters. 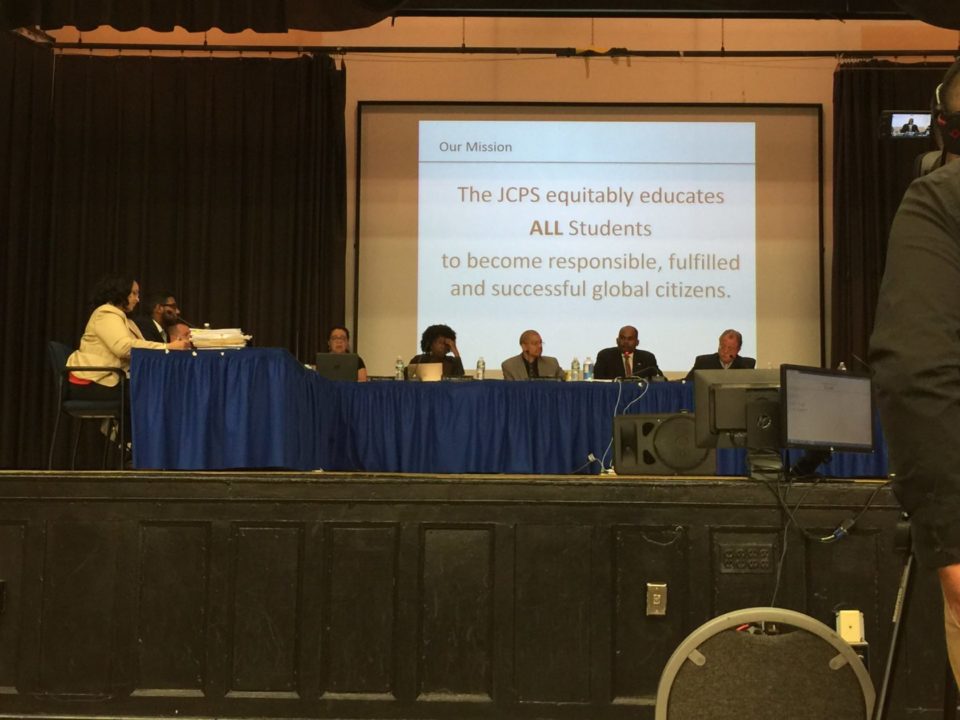 The meeting started with the usual flag salute and a singing of the national anthem. The first issue that was addressed was the safety of the students, in other words: school shootings. President, Sudhan Thomas stated the topic then passed it off to the youngest on the board, Mussab Ali. He stated the proposal as a solution to the problem. The board disagrees with the idea that teachers should be given weapons. They do agree that Congress should be doing something more. The proposal of demanding Congress take more action in imply 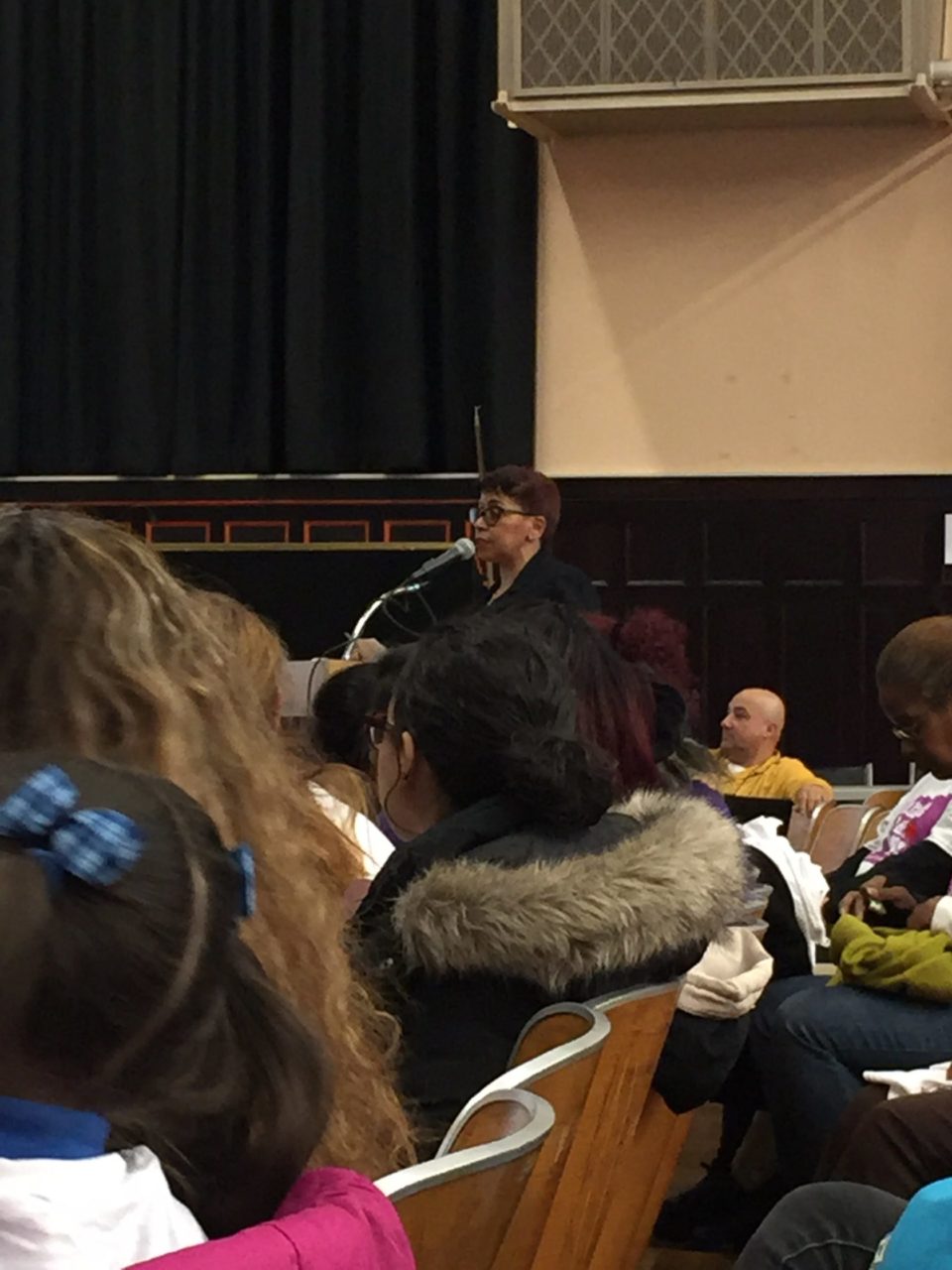 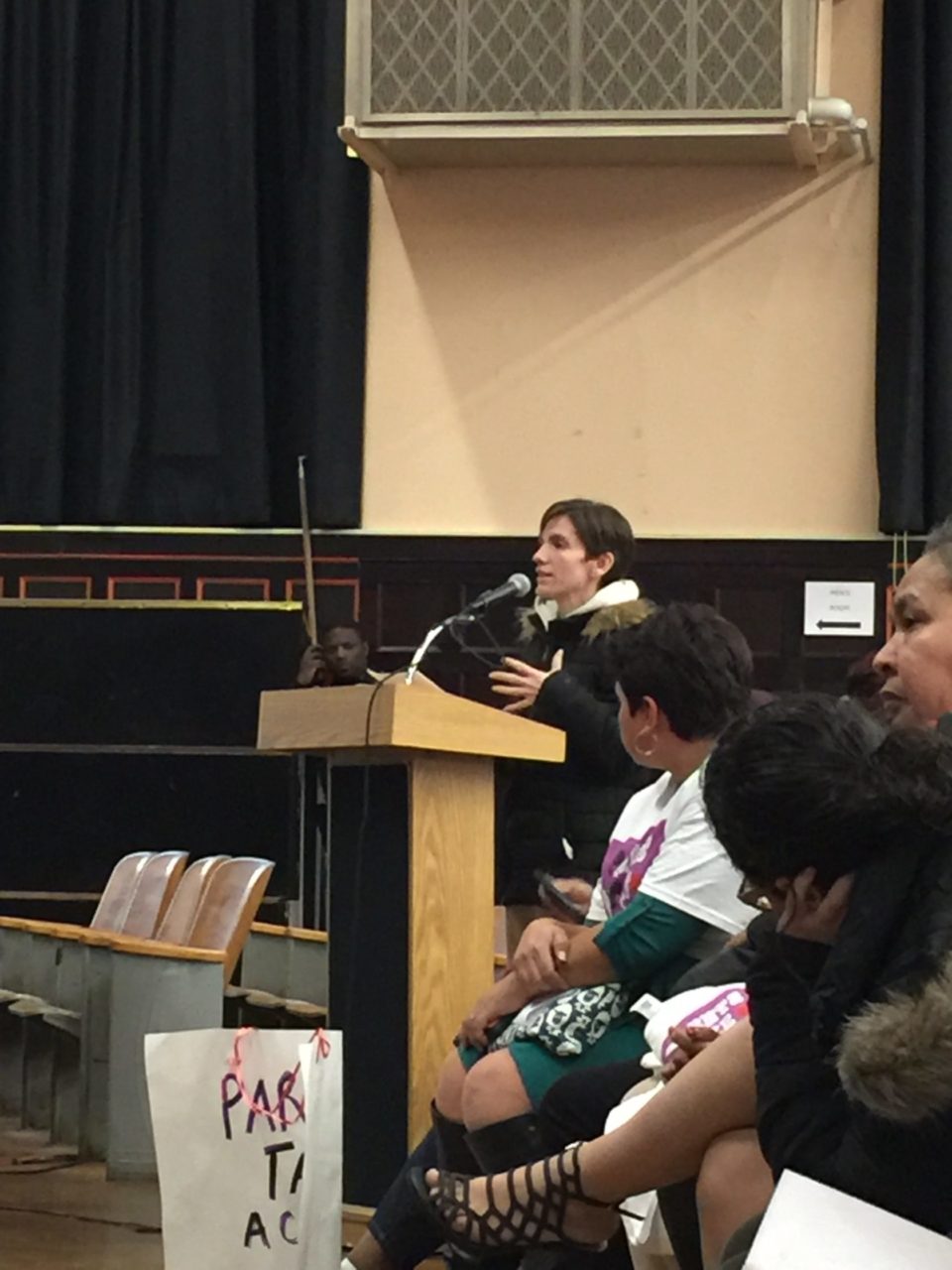 Shortly after, they called up teachers, parents, and other city members to speak for 5 minutes on a timer. People of the public were only called if they registered on the jcboe website. Every single person came up to the mic frustrated and angry. You can see the kind of anger they had while addressing their issues with the board. 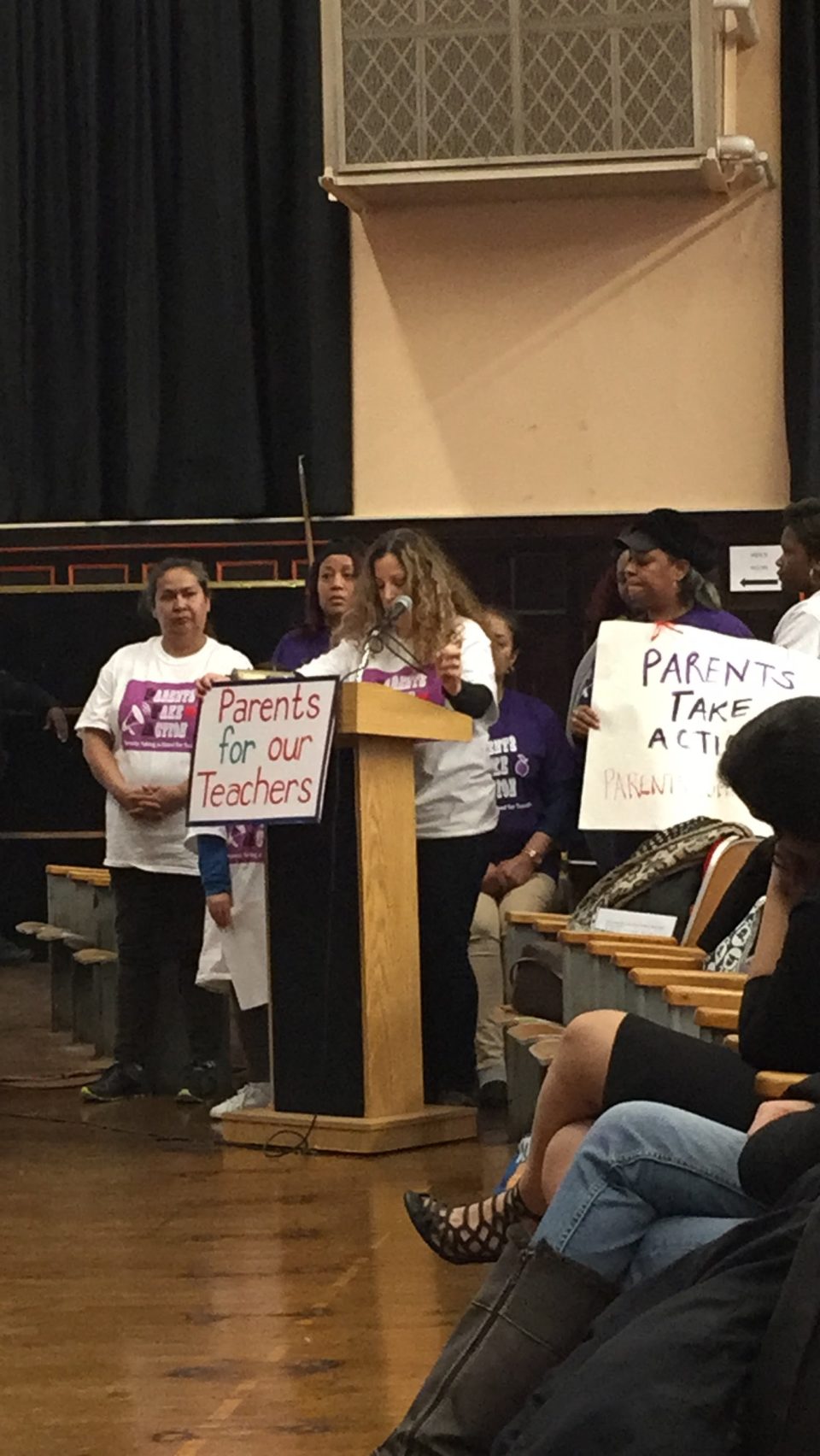 One of the people that were called up to the microphone was Public School #20 teacher, Marquisha Reynolds.

Why did you decide to come today?

Marquisha: We’ve been fighting over and over. When there are no answers, there’s the same deal every time. We meet at the table, every time we ask for certain things and we’re sick of the nonsense.

What are some things you have experienced so far that you would like to be changed?

Marquisha: The disrespect that we receive from the administration that we have in the Jersey City Public Schools that, they’re not respecting us and they’re not showing us that we’re worth giving us things that we deserve.

What do you think the solution to all of this is?

Marquisha: They need to reevaluate and they need to look and to see that the importance of them giving us relief is gonna give us some sort of.. not being so stressed. Not have to worry about extra money coming out of our paychecks.

Marquisha: We just demand that we want respect and we deserve respect. 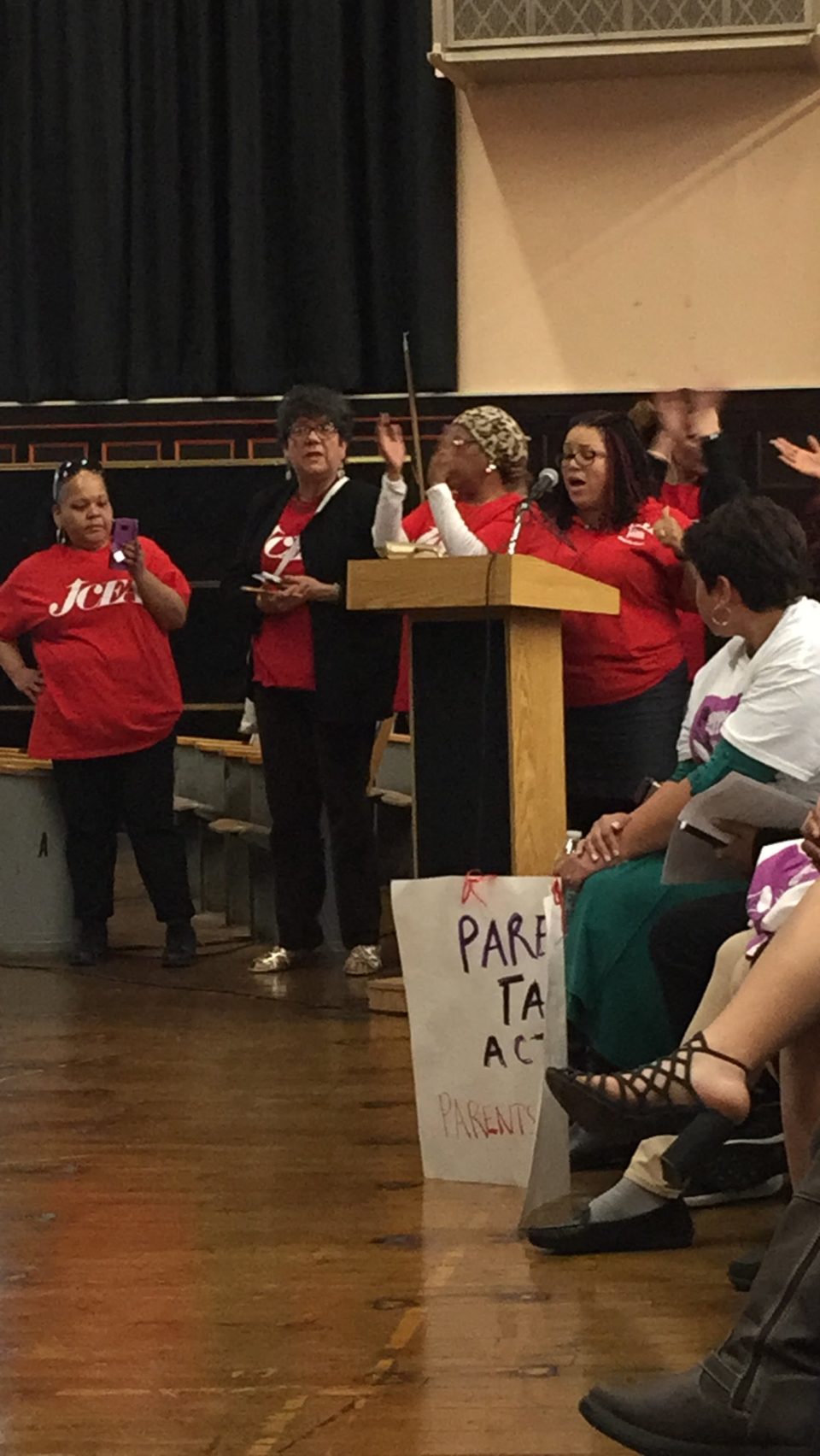 You can hear the built up anger in the teachers and parents voices when they got up to speak. All of them got a round of applause and a time limit of 5 minutes to speak. One speaker was so frustrated and demanded more time to speak. That person was the president of The Jersey City Education Association, Ronald Greco.

Why did you decide to come here today?

Ronald: I came here because I was in my office waiting for the Board of Education to send us a contract proposal. I was told it would come between 6 and 6:30 pm via computer. I was watching the meeting Facebook live and I saw the public speaking taking place, and I saw voting actions going and I thought I’d come over here and see why I was given false information. I saw a lot of parents that I know, I live down the street, so I saw neighbors of mine in the auditorium and someone texted me saying, “Where are you? They called your name to speak.” So I came over here.

What problems do you think need to be fixed here?

Ronald: I think the Board of Ed needs to send us what is called the counter-proposals. That is their offers for the contract negotiations. That’s what we’re waiting for tonight and when we get their counter-proposal, we look at it, we make changes and we send it back to the Board of Education. and they do the same thing back and forth till we agree on everything.

Is there any other information you wanna state?

Ronald: We would like to settle this as quickly as possible. I say every week to the superintendent, we’re available Saturday, Sunday, every day of the week to get this done. Please send your lawyers, please send your workers to sit at the table for 2 – 3 days that’ll take to get this done instead of meeting once a week. 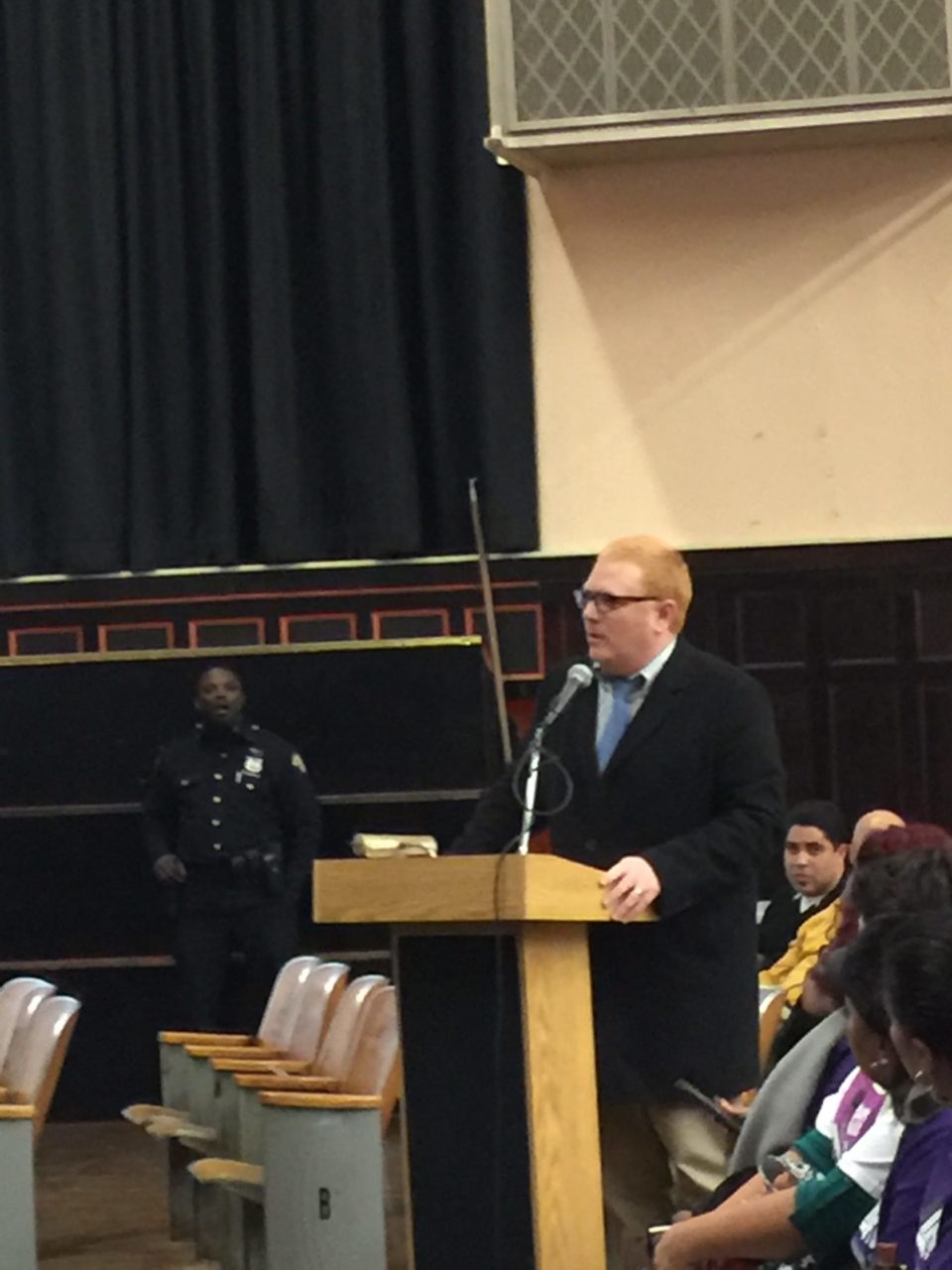 Although this night was intended to discuss the labor and negotiation of the teachers, there was no solution made that night. Nothing was settled for the teachers. The only thing that was settled was to send as much substitute teachers as possible to each school the next day because they knew all of the overworked and underpaid teachers would go on strike. 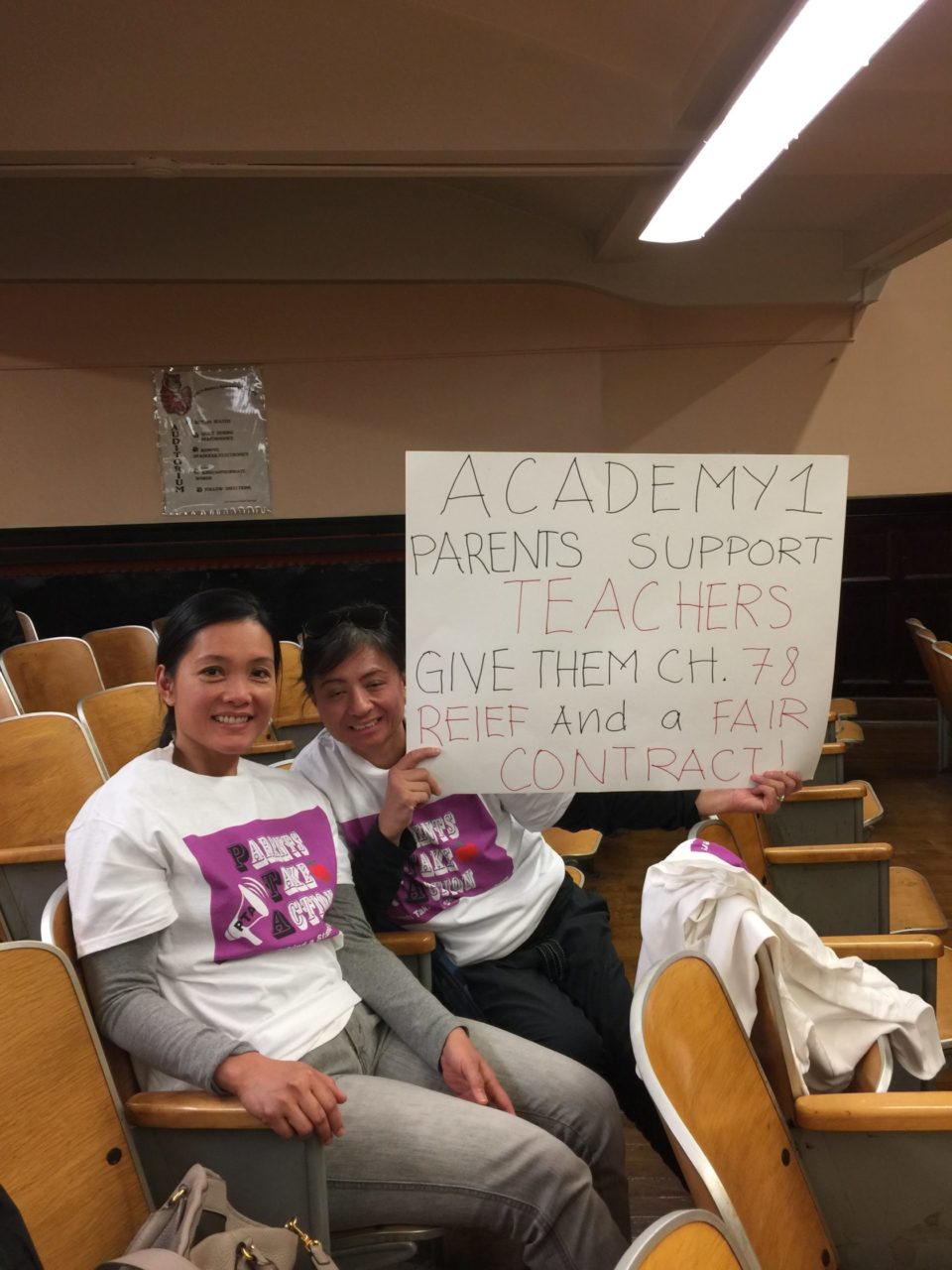 As they did in the morning. At 6:45 AM, my little sister’s school called to inform us not to send our children to school early and that she’d have a half day. Reason being they had very little staff due to the strike.

According to the NYTimes and NJ.com, the last time Jersey City teachers had a strike was in 1998. It lasted for 5 days before the Board of Ed made a new contract.