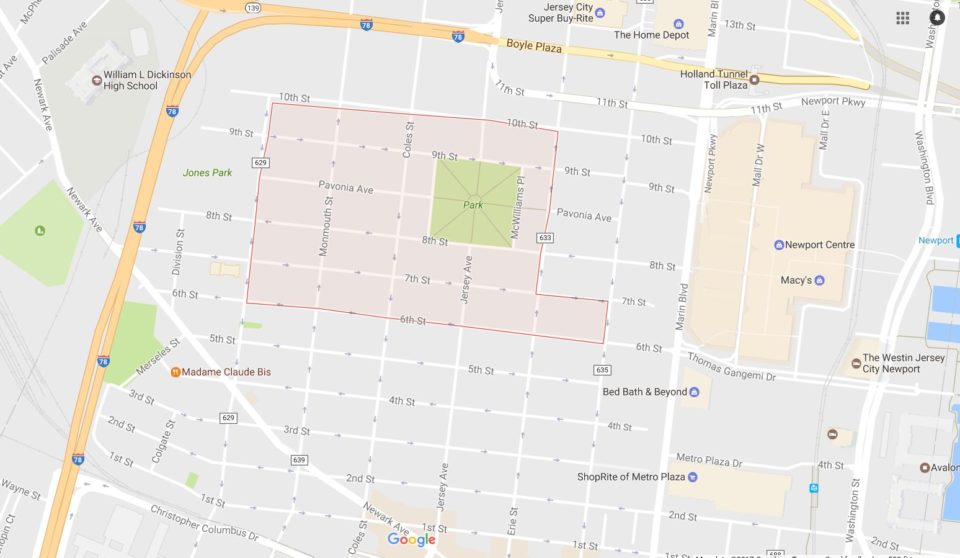 Where is Hamilton Park?
Hamilton Park sits north of Harsimus Cove beginning at 6th Street with Newport to the east, Journal Square to the west, and 10th Street as its northern border. 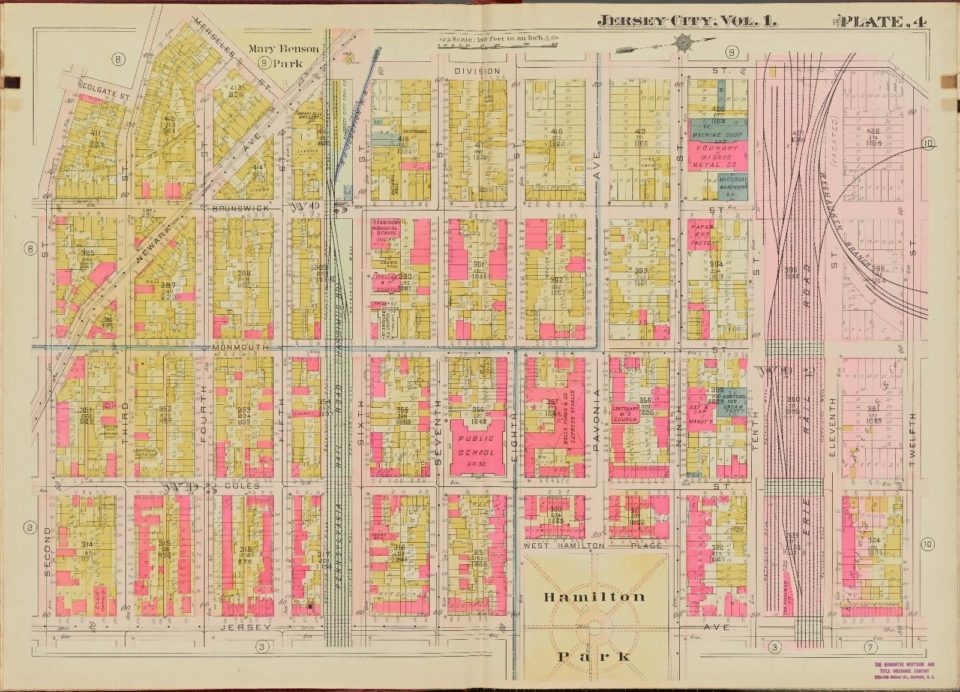 Alexander Hamilton inspired more than a hip hop Broadway play… for Jersey City’s own neighborhood and park are named after him as well. Yes, that Hamilton! 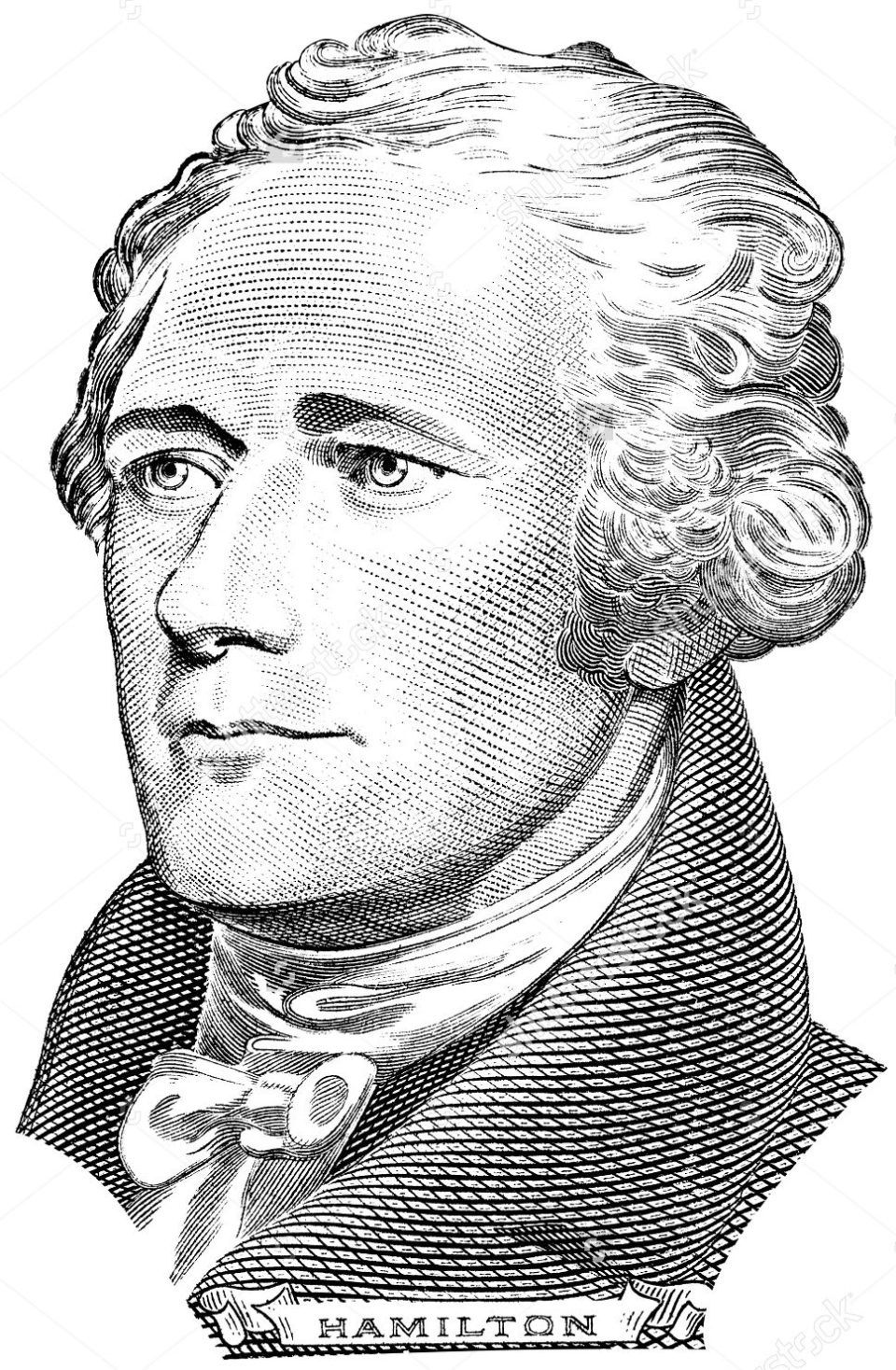 We know that the Lenni Lenape Indians called this area home long before the Dutch settlers arrived in the early 1600s, when the area fell under the purview of Michael Reyniersz Pauw of the Dutch West India Company. Back then, what we now call Hamilton Park and Harsimus Cove was then referred to as Harsimus Island.

The area continued to grow under Dutch settlement throughout the 1600s and then the British rule for the better half of the 18th century. A.J. Bleecker, namesake to the famous Bleecker Street in New York, was a prominent banker, merchant, auctioneer and temporary Jersey City resident during the British occupation in New York. He was instrumental in laying out the streets and surveying the land in the Hamilton Park area.

A local flour merchant, John B. Coles, purchased the land in 1804.

Coles was a staunch Federalist (quick refresh: the Federalists were the party that supported the U.S. Constitution before it was a thing for states to share power with a centralized, national government). He also served in the New York senate from 1799-1802, and was one of the original investors in the Associates of the Jersey Company – a group that saw the potential for Jersey City to become a manufacturing hub for products going through New York City. The group purchased property in Paulus Hook (then called Powles Hook) around the same time John Coles was expanding into Hamilton Park.

It was Coles who also came up with the idea for a public neighborhood park. He wanted to name it Hamilton Park, in honor of his fellow Federalist, Alexander Hamilton. 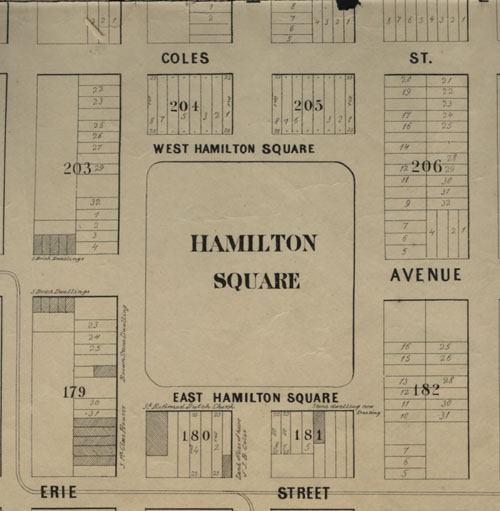 Need a quick refresher on Hamilton? He was the aide-de-camp (i.e. the right hand man) to George Washington during the Revolutionary War. He was also this country’s first secretary of the treasury and head of the Federalist Party. He was bitter political rival of Aaron Burr (Vice President under Thomas Jefferson) and on July 11, 1804, the two of them decided to take a ride up to Weehawken, NJ for a good, old-fashioned duel. Hamilton lost big time. The rest is history.

Back to the neighborhood –

The industrial revolution was in full swing by the early 1800s and large numbers of immigrants were moving in.

John Coles died before his dreams of a public park were ever realized and his heirs attempted to claim the land back for themselves, but the city stepped in and honored his initial wishes. It was landscaped in 1851. 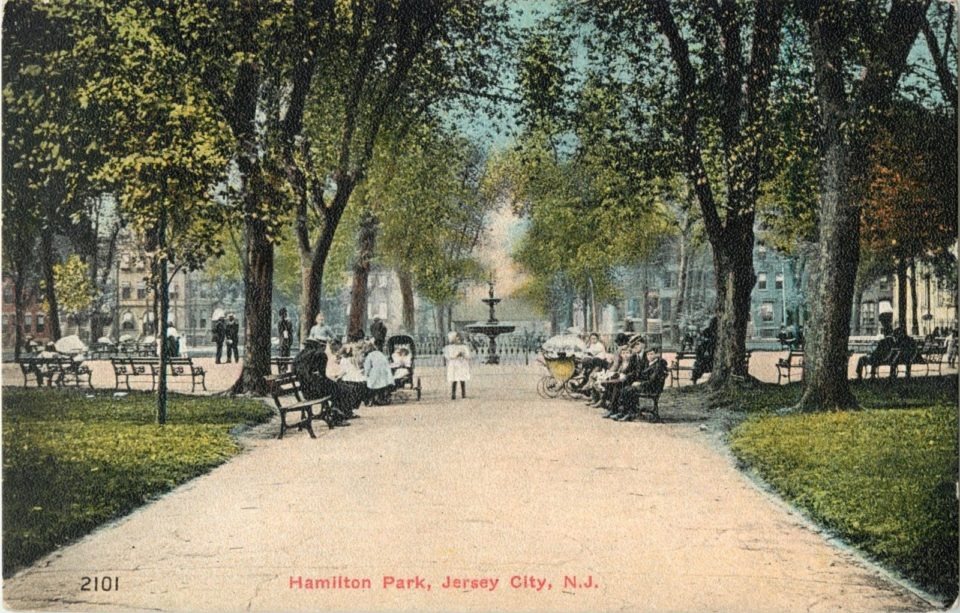 In 1864, the Society of the Sister of St. Francis purchased property on Hamilton Park to erect Saint Francis Hospital, which began building in 1870.  The building was sold in 2005 to developers and razed to make way for condominiums.

Throughout the 1800s the beautiful brownstones that are a marker of the Hamilton Park area were built and the area filled with residents. 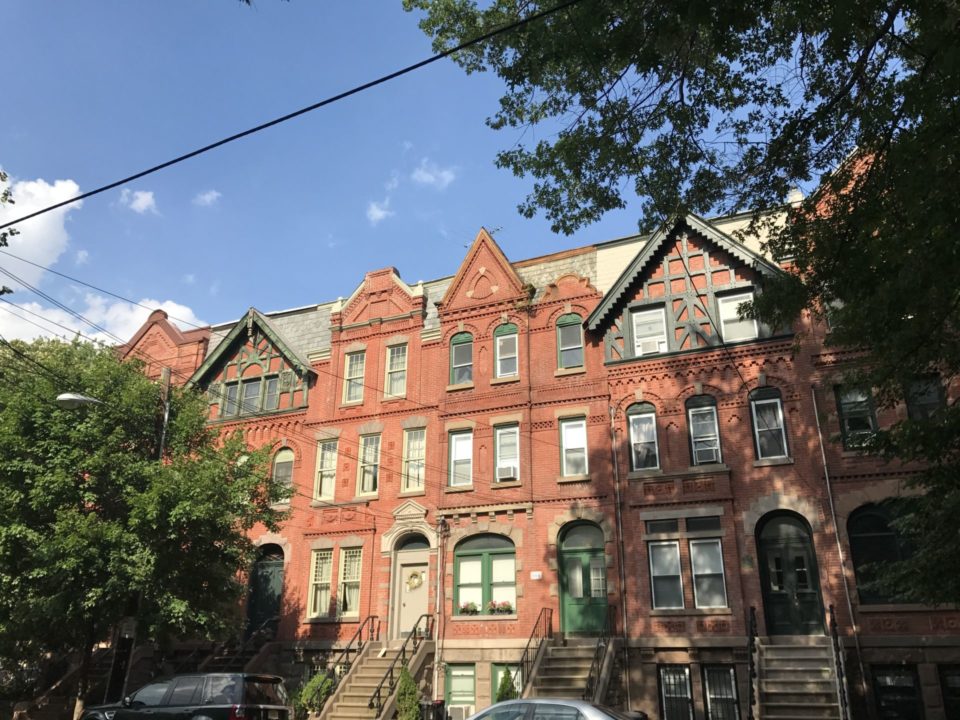 One of the more famous was John V. Kenny, 32nd Mayor of Jersey City, who lived at 22 West Hamilton Place. After a falling out with Frank Hague, he ran against Hague’s nephew in what has been called the dirtiest political campaign in Jersey City’s history. He ruled with an iron fist through 1953 and some say wielded his power, even after he left City Hall. He was indicted for tax evasion in 1972 and 22 West Hamilton Place was auctioned off for $8,000.

The Hamilton Park Historic District was founded in 1979 to protect the homes and park.

The Embankment
Sixth Street between Marin Boulevard and Brunswick Street
A landmark that is technically shared between Harsimus Cove and Hamilton Park neighborhoods, the Embankment is a half-mile long elevated structure that once carried seven tracks of the Pennsylvania Railroad. It was built in 1902 and carried freight through the 1990s. Today, the Embankment Preservation Coalition works to preserve, protect and champion efforts to turn the structure into a park.

Wells Fargo Building
299 Pavonia Avenue
While we know it as a bank, one of the other foundations of the Wells Fargo business was package delivery via horse and carriage. The Wells Fargo Building on Pavonia was constructed in 1890 as a stable and storage facility for the horses and delivery carts for the Wells Fargo & Company Overland Express. I spoke with John Vande Woude, longtime resident of Jersey City and member of the Wells Fargo Condo Association Board about this storied building; “The first floor was stage coach parking and then there were ramps up to the 2nd floor where the horse stalls were located,” said John. “The third floor of the building has something like 55 foot ceilings and that accommodated hay storage.”

The building sat vacant through the 1960s and 1970s but was converted in lofts in the 1980s in a manner that preserved the building’s original details. “Many of the wood horse stall poles and pulley systems for hauling hay and equipment are still intact in the building,” explained John.

The Centenary
306 Pavonia Avenue
The Centenary is 130-year-old building that formerly housed Centenary M.E. Church, often referred to as Centennial Methodist Church. It was converted into condos in 2012 but was thoroughly vetted by the neighborhood’s historic district and original details were thoroughly recreated and preserved. 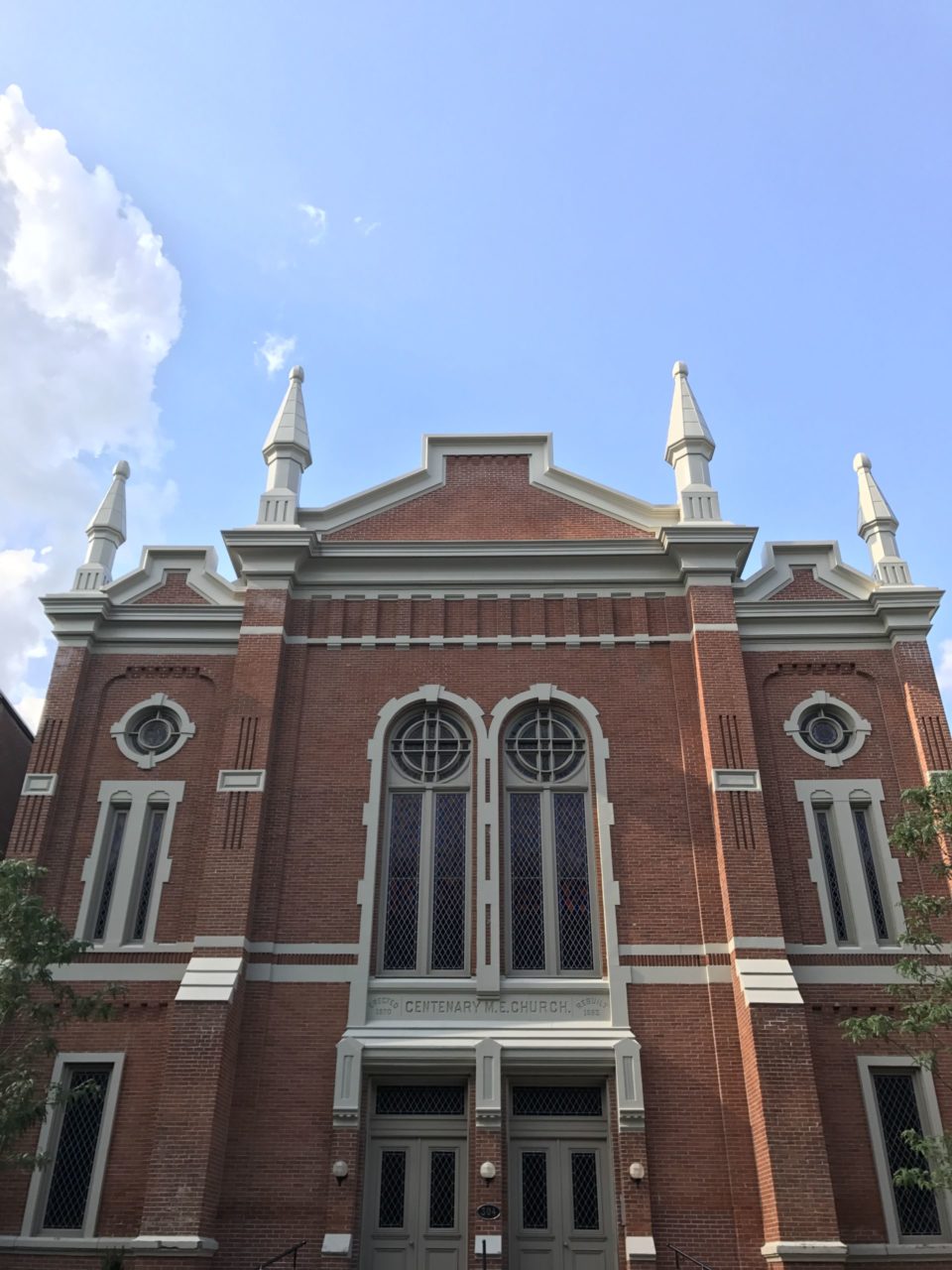 St Michaels Church
252 9th Street
St Michaels began as a small congregation on Erie Street in 1855. The church that stands today was completed in 1867 and for a short time it served as an orphanage in the late 1800s. This year marks 150 years of service in the neighborhood. 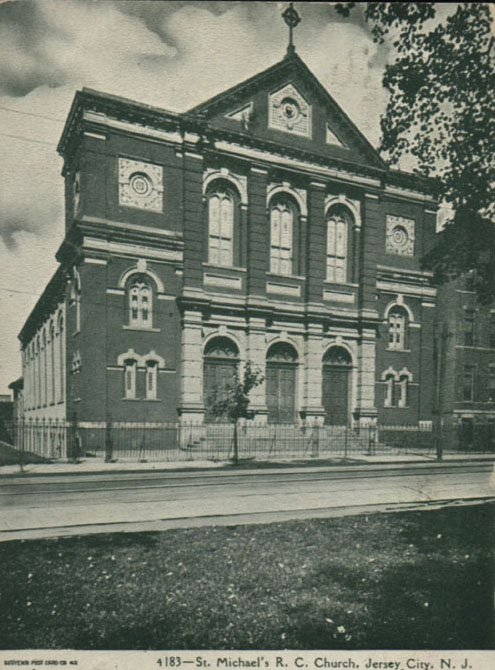 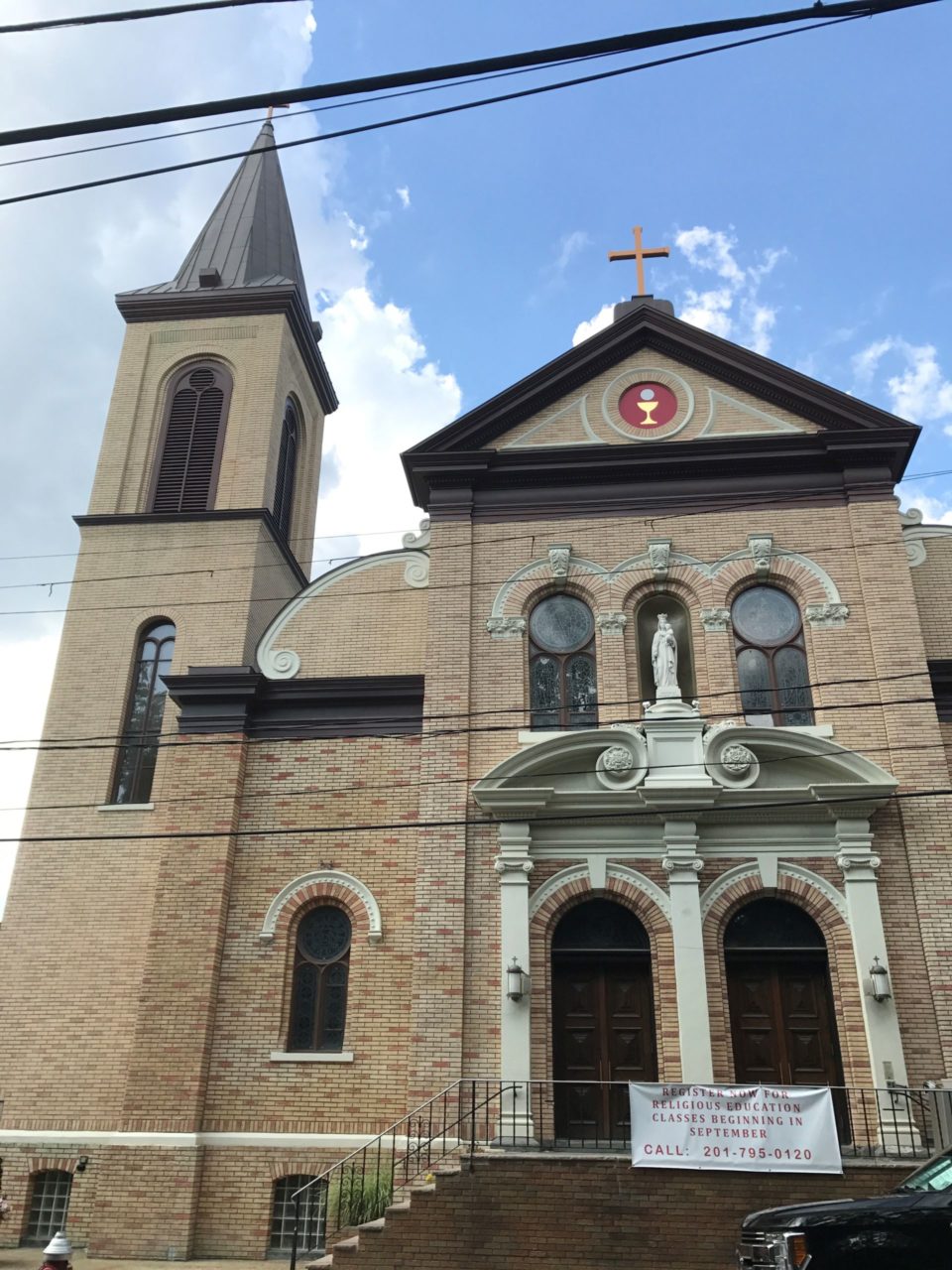 About the Hamilton Park Neighborhood Association
Founded in 1975, the Hamilton Park Neighborhood Association works hard to preserve the park and neighborhood. They’ve got lots of great events going on this summer, including guided walks along the Hudson River Waterfront from Bayonne to Fort Lee, Shakespeare in the Park performing Romeo & Juliet on July 20, and Movies in the Park through October.  Learn more at www.hpnajc.org 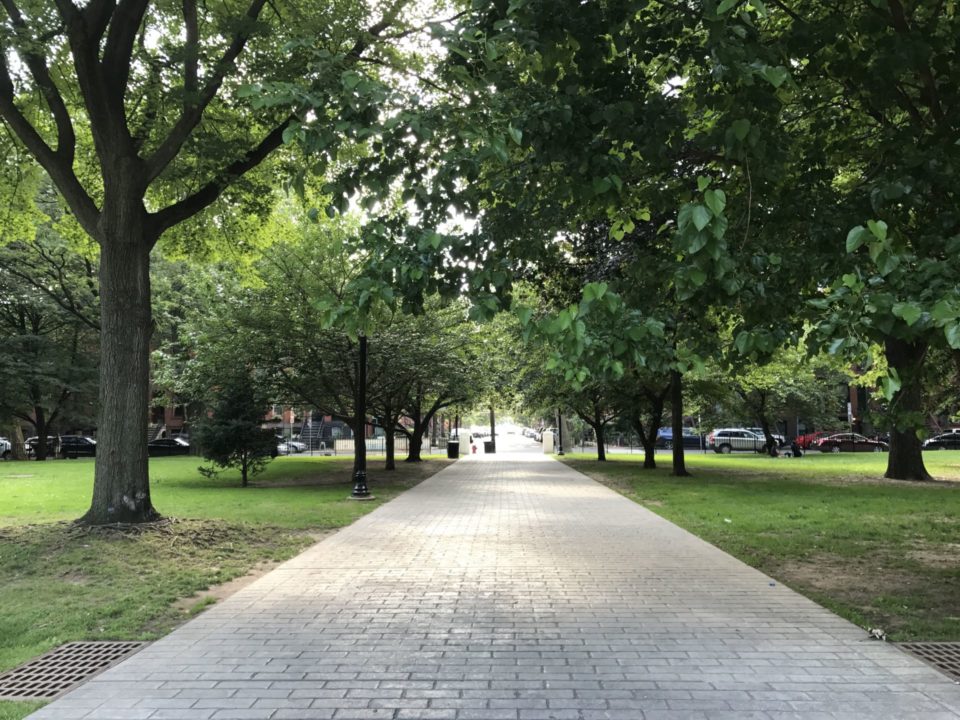