The effort to erase inconvenient, complex, and often disturbing history from the public square and collective memory is always troubling. But just as important as the thousands fighting for the Katyn Massacre monument is the historical events the monument memorializes and why it is so imperative not just to the Polish-American community but to all Americans.

Unveiled in 1991, the Katyn Massacre monument commemorates the 1940’s mass murder of over 22,000 Polish soldiers, intellectuals, and politicians by the Soviet Union, then allied with National Socialist (NAZI) Germany. The monument, which depicts a Polish soldier bayoneted in the back with the eastern side showing a relief of the Polish citizens sent to starve to death in Siberia, is slated for removal from its Exchange Place home for alleged aesthetic convenience. 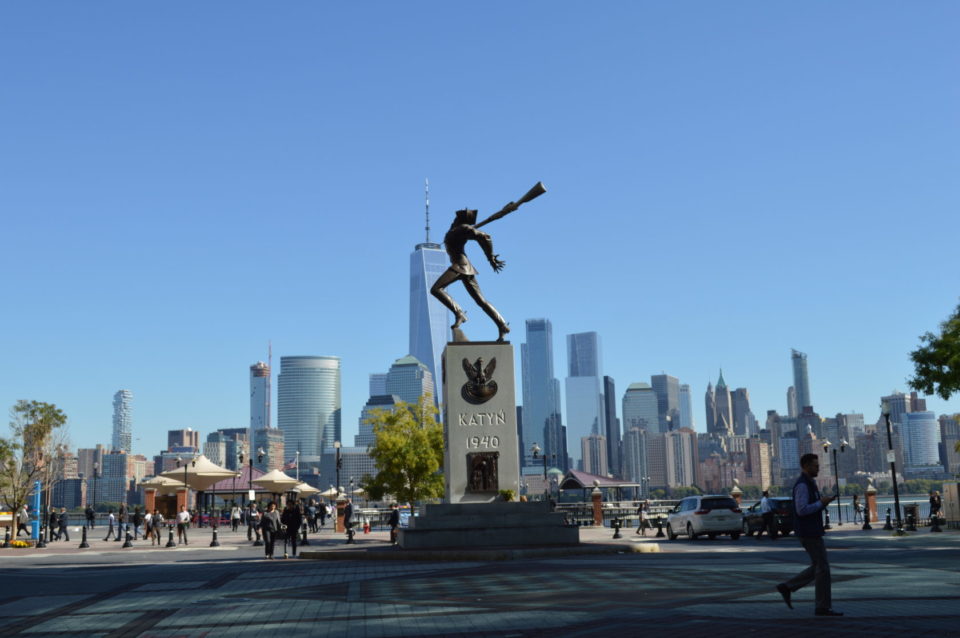 In most popular accounts of WW2 and the Cold War, the Soviet Union literally gets away with ethnic cleansing and other heinous acts. These crimes include mass murders, rapes, and arrests as well as the internal deportation of entire ethnic groups. Under Joseph Stalin’s rule alone over 15 million people were murdered by the USSR. As in other Soviet atrocities, the victims of the Katyn massacre ranged in ethnicity and included Belarusian, Ukrainian, and Jewish (including Chief Rabbi of the Polish Army, Baruch Steinberg) Polish citizens alongside ethnic Poles. Just as the Nazi’s often targeted those which might lead resistance to their rule, the Soviets too targeted those who might resist such as the Polish officer corp, Polish non-commissioned officers, community leaders, and intelligentsia.

That the Soviet Union was once allied with Nazi Germany and engaged in unspeakable crimes against humanity before, during, after the alliance, and until its collapse in 1991, is an important part of history overlooked by far too many but not forgotten by countless Americans of Eastern European ancestry. From the Holodomor (the government engineered famine of Ukrainians by the Soviet State form 1932-33 which resulted in roughly 4-5 million deaths), to the Katyn Massacre and the attempted erasure of Polish and other Eastern European people, to the violent invasion of the Czech Republic in order to suppress the freedom movement that was the 1968 Prague Spring, the USSR was a violent tyranny that should be remembered as such.

The Jersey City Polish-Americans and their allies fighting to keep the memorial are doing Jersey City and their fellow Americans an amazing service by keeping the torch of history shining on the successful multi-ethnic democracy that pre-WW2 Poland was. They are honoring the memory of those murdered by the Soviet Empire and reminding their fellow Americans of the forgotten history of ethnic cleansing, mass murders, and other heinous crimes committed by the USSR that should never be forgotten.

Joshua Sotomayor Einstein is a conservative Republican, 11 year Hoboken resident, and essayist who has been published in 14 or more websites and newspapers. He enjoys long philosophical conversations over political differences and reading science fiction. Einstein is involved in the Jewish community in Hudson County, the Republican Party, and a bi-partisan political dialogue group based in Jersey City. He enjoys long walks and poking fun at intoxicated people. Being JC adjacent, he is envious of the open mic scene because it features a ton of spoken word.