Mayor Fulop and the Jersey City Redevelopment Agency announced the scheduled start of construction on the Berry Lane Skate Park, funded by the Tony Hawk Foundation. It’s scheduled to break ground this fall! The skate park will be the largest in Jersey City at nearly 12,000 square feet, and will be the first poured-in-place concrete skate park in Hudson County and one of the first in New Jersey. 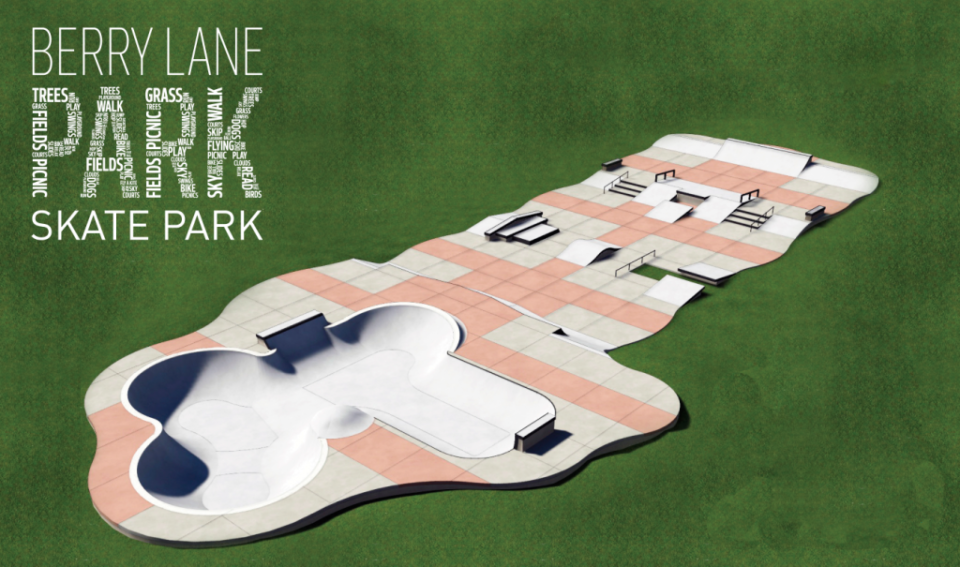 “As we continue to shape Berry Lane Park into the City’s premier park, the skate park will provide an additional safe, free space for our community to enjoy,” said Mayor Fulop. “We are honored Tony Hawk chose Jersey City, acknowledging all we have to offer here and adding another layer to our investment in the Bergen-Lafayette area. Throughout the planning and design process, local skaters have been involved and consulted with City officials to best meet the standards our local residents are looking for.”

We reached out to the Mayor, who shared that the Pre-Construction meeting for the pavilion is this Monday. The skate park construction – completed by TSIVIKOS Enterprises Inc.– is expected to start in the next 4-5 weeks, and should be completed in 15-20 weeks (about 4-5 months) with an expected public opening by spring 2020.

Construction will also start on a new pavilion which will include an outdoor patio space, a concession stand, public bathrooms, and locker rooms.  The Tony Hawk Foundation uses a selective process to choose locations nationwide to invest in building high quality, public skate parks.

“It’s exciting to see a skate park among the many amenities at Berry Lane Park. We’ve seen skate parks across the country really bring youth together to enjoy this sport they love, and we’re excited to see that happen in Jersey City, as well,” said Miki Vuckovich, Executive Director of the Tony Hawk Foundation.

“Berry Lane Park has been transformative for the City’s West Side and this skate park will additionally enhance this transformation,” said Diana Jeffrey, Executive Director of the JCRA. “It’s great timing as skateboarding has just been introduced as an Olympic sport; Berry Lane Park will now be the ideal location for someone that wants to compete.”

Berry Lane Park, located in the Bergen-Lafayette neighborhood, consists of 17 acres of property that was once a brownfield of former rail facilities, junk yards, and auto repair shops. With the transformation under this administration, the park now boasts an array of recreational features such as a playground, splash park, exercise stations, basketball courts, tennis courts, a baseball field, a soccer field, open space, and more.