Beyonce’s Super Bowl performance stirred up controversy because her back-up dancers were dressed in homage to the Black Panthers. Our country takes football and its commercials very seriously, so naturally most Americans (especially Rudy Guiliani) did not take this political reference in the middle of a giant spectacle lying down. Despite their outward outrage, America was secretly relieved they could once again complain that an African American pop star had ruined the sanctity of wholesome American football instead of focusing on actual social issues plaguing the nation. America’s only other reaction to the half time show was “Bruno Mars is wearing a Hefty bag,” and “Ugh, Coldplay.” 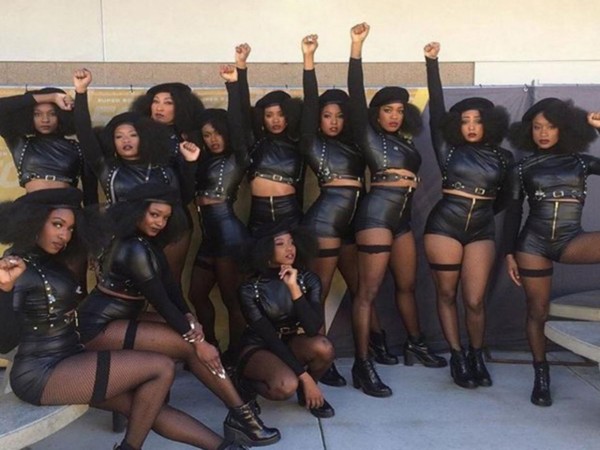 The $140 million Gods of Egypt was released in February. If you didn’t see it, that’s ok, most people didn’t. Director Alex Proyas and studio Lionsgate actually apologized for the film before its release. Not because they thought it was bad, but because it was a fantasy epic about Egyptian gods full of Scottish, Australian, and even Danish actors instead of, you know, Egyptians, or anyone remotely not-white. If the film was a modern masterpiece, or even competently entertaining, the white-washing drama may have blown over but Gods of Egypt currently sits at an abysmal 13% on Rotten Tomatoes. 53% of audiences have run from the theater for fear that a plague of locusts may descend upon their homes. Even the 47% who liked it gave it an average rating of 3 out of 5, which means Gods of Egypt is decidedly mediocre at best. Don’t worry about Proyas though. He’s taking it all in stride referring to film critics as “A pack of diseased vultures pecking at the bones of a dying carcass.” Nothing turns bad word of mouth around like comparing your film to a dying carcass. 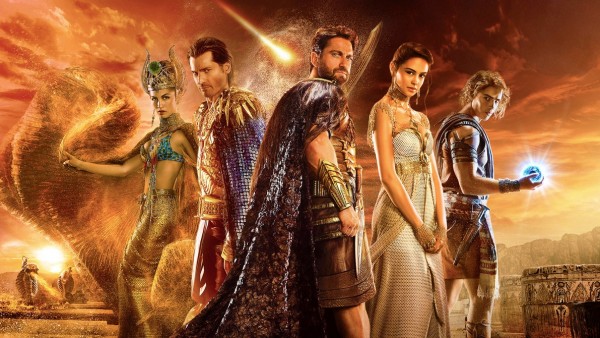 Barack and Michelle Obama held a joint press briefing at the White House in honor of Black History Month and made hearts everywhere melt with #relationshipgoals.  After welcoming the press to the White House the crowd seemed, shall we say, more excited than usual to see Michelle. Barack joked that you can always tell when it’s Black History Month by the way people greet Michelle; “We know it is Black History Month when you hear somebody say, ‘Heeeey Michellllle. Girrrrl you look so GOOD.” Michelle responded by joking, “He’s alright,” about the President before adding, “You look good too baby,” with a supportive rub on the back. I don’t even have something sarcastic to say about this. It’s just adorable. And with the state of politics such as it is I like to replay this video now and again to remind myself that it’s not all insanity and gloom. 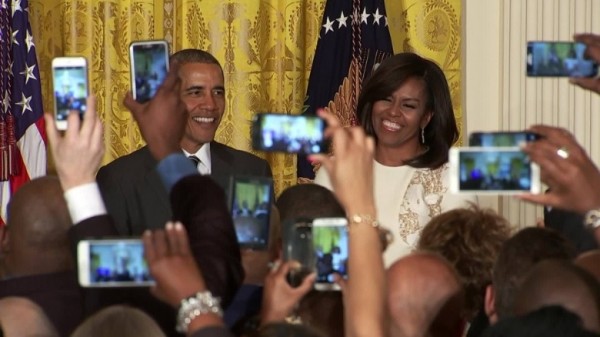 But speaking of insanity…

Kanye West has become the Patron Saint of Twitter following a Tweet beef for the ages with Wiz Khalifa and ex-girlfriend Amber Rose. Following Khalifa’s use of the initials KK, which we all know can only be a reference to West’s wife Kim Kardashian, (side note: has the use of the letters KK been trademarked by Kim yet? No doubt it’s coming) Kanye had what can at best be described as a meltdown and at worst an extraordinarily sexist, toddler tantrum by an adult man slowly losing his grip on reality.  Though the feud has by all accounts been laid to rest, West, who once gave a groundbreaking interview to MTV saying hip hop artists should stop using anti-gay and homophobic language, still wants to make sure everyone knows he has never enjoyed a woman putting a finger in his ass. Great, thanks, Kanye. Everyone was really concerned about it. 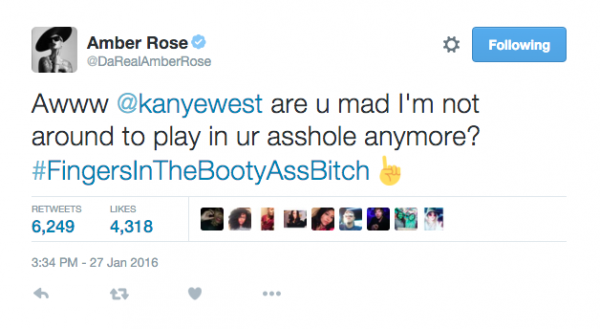 Rihanna rocked the music world by dropping her new single with Drake without warning, followed by her first album in years, Anti. I don’t have anything else to say about this. I literally haven’t heard a single word about Rihanna’s new album since it happened.  Everyone loves Rihanna, why are we done talking about this?! 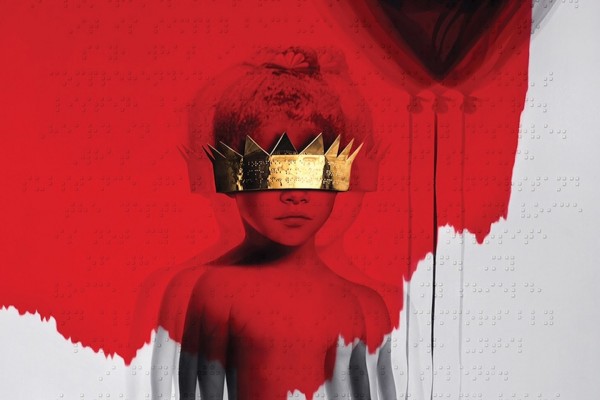 One last thing before I go.

Sports Illustrated unveiled their swimsuit issue cover and this year we were #blessed with three versions: Hailey Clauson, Ronda Rousey, and Ashley Graham.  But not everyone was celebrating Graham’s plus sized frame gracing the coveted issue of the magazine, which, let’s face it, was created as a way to give men and teen boys everywhere something to ogle that wasn’t as obvious as Playboy. Cheryl Tiegs was concerned that Dr. Oz had said a sign of health in women was a waist less than 35 inches. Tiegs, being a measurement savant, declared that by these standards it was reckless to have Graham on the cover just by looking at it. Never mind the fact that Ashley Graham’s waist is, in fact, smaller than 35 in, Tiegs is taking her medical advice from Dr. Oz; a man who by all accounts is an actual doctor (unlike say Dr. Dre) but who has made his name shilling miracle weight loss cures on daytime TV. Even Dr. Dre would tell you there’s no such thing as a magic weight loss supplement.

Why do fat women make people so angry? In the past, I vaguely remember debating whether the “heroin chic” look of the 90’s was setting a bad example, but no one lost their mind about it. Put a plus sized woman in a bikini and watch out- everyone’s sharpening their pitch forks. Models like Ashley Graham, Tess Holliday, and Gabi Fresh show young girls that they can be beautiful and feel confident and fabulous without obsessing over a thigh gap or what size pants they’re wearing. They’re not encouraging people to gain weight or be unhealthy; they’re encouraging everyone to consider that there should be a wider spectrum of beauty than just white, blonde, and thin. Assistant Managing Editor of SI MJ Day said of Graham, “She owns her sexiness in a way that every woman should. Her confidence is contagious.” THAT’S the point folks.

So let’s roll back the outrage and the honorary medical degrees we’ve all granted ourselves to declare these women unhealthy, and therefore unfit to be declared beautiful. Go for a run, take a Zumba class, get some endorphins going and stop worrying about everyone else and whether Plus sized models will lead to the downfall of our nation’s stellar health record. Spoiler alert: they won’t.  If you’re concerned about your child’s health, that she might see a plus sized model and devote her life to the god of slothfulness, maybe give her an apple and go for a walk, get her involved in sports. It’s going to be fine. Really, I promise. Take it from me, Dr. Lauren.*
*Dr. Lauren is not actually a doctor. That’s way too much adult responsibility.

Lauren is a collector of nicknames and graduate of Drew University who majored in Political Science, minored in Theater, and does nothing with either of those things for a living! In her spare time, she’s a writer and amateur cinefile who devours film, TV, cat videos, and all things pop culture like a Jurassic Park T-rex.
Lauren married her best friend and adventure partner in an old Hollywood themed wedding in Jersey City. Born, raised, and still living in Central Jersey, Lauren is always looking forward to the next adventure whether it be to the movie theater or a new city or country. She loves rugby, nerdy t-shirts, Katherine Hepburn, Muppets, Feminism, and gin cocktails.
https://twitter.com/Lola_saurus
https://www.instagram.com/lolalionheart/ 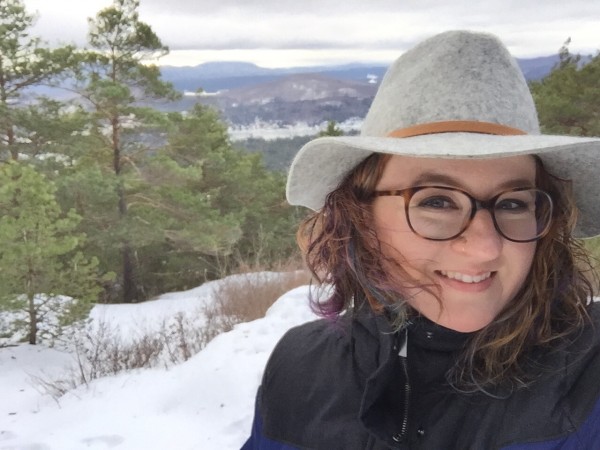