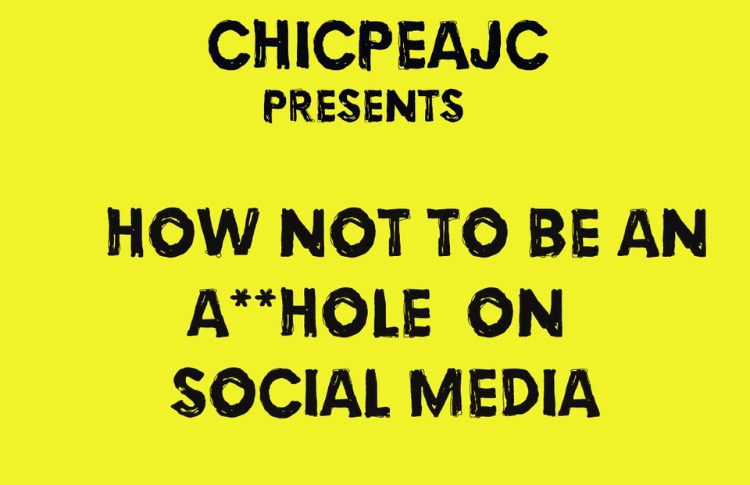 We live in an amazing era where anyone can be anybody on social media. Business owners and entrepreneurs can take it upon themselves to promote their products using social media for FREE. There is no need to spend thousands of dollars on advertising, banners, posters, etc. All you need is good ideas, engaging content, and an audience that will listen. That being said, whether you use social media outlets for business or personal reasons, don’t be an asshole.

How not to be an asshole on Social Media

This post is based on things I’ve learned from various platforms, I also asked around to get feedback from other content creators on their experiences. Let us know if we missed anything!

This is a huge scam. People will download apps that will auto-like or auto-comment on other people’s photos in order to gain more followers. It’s becoming more and more obvious when people do use bots.

So, how can you tell? Well for one thing, if the comments are generic on your photos – “Cool pic” and “Wow! Like it” – or random emoji’s on your selfie or a pic of your cat, it’s most likely a bot. Or if you notice one account liking many photos, or old photos…it’s probably not a human being. 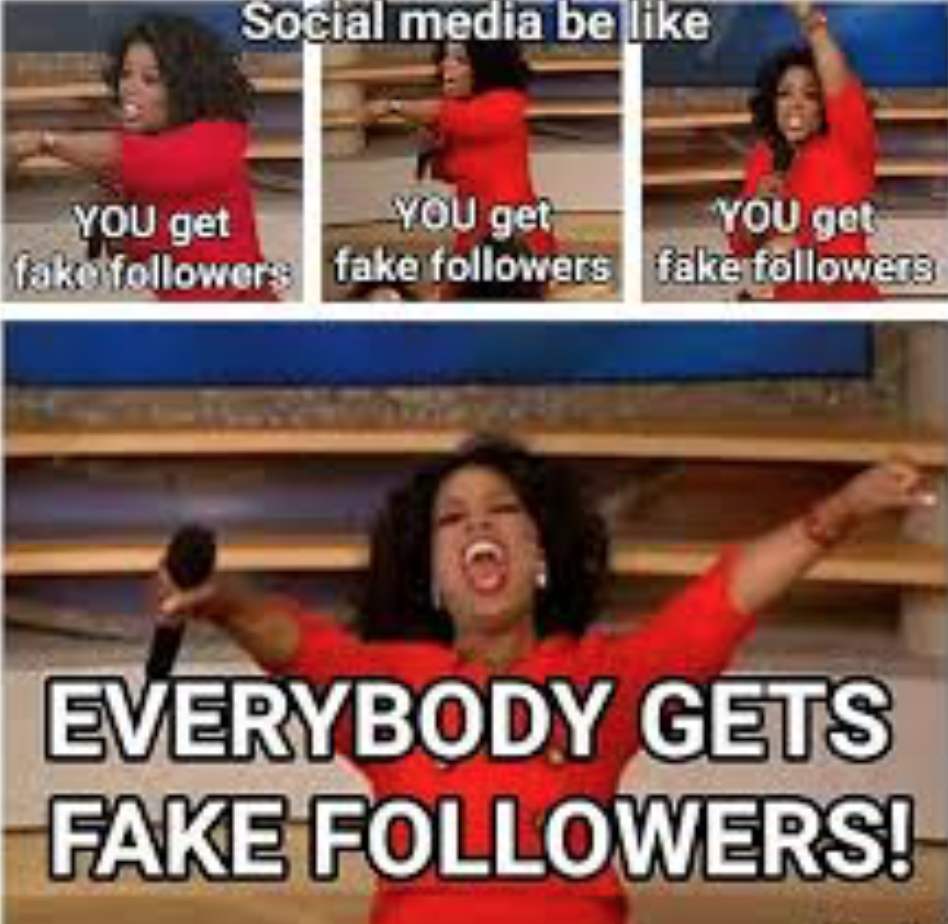 The whole bot thing really sucks because for people like myself who literally make a living off of social media and pride ourselves on creating meaningful content, competing with a robot is not very motivating! It’s cheating the system! stop it! It also creates this whole culture of “fake” influencers. If you are doing it, just know that brands and companies are getting smarter and are going to realize if you are buying followers! Don’t do it.

Do engage with your target audience.

How I gained a following was by creating engaging content, but also when I could, I would look up various hashtags and would physically go through people’s photos and like the ones that were relevant and comment specifically for that photo. It takes time and effort, but this is how you can organically grow your following. I also focused on what I was posting. I knew if people liked my stuff they would share it and then I would organically get a follow. Don’t focus on the numbers, focus on the quality. If I liked your photo on social media, it was me!! not a bot.

If you hire a bot, you are an asshole.

2. Don’t follow a bunch of people so that they follow you back and then unfollow them the next day

I see this happen a lot. It’s really lame. Don’t do it. Again, if you focus on original, quality content, the people will come. Don’t pull tricks to gain followers.

Do follow people that are relevant to your business

Follow people that you can engage with, if you’re a food blogger, follow restaurants or other food bloggers. Get my point? Don’t just follow people for the sake of it (unless you’re just using social media for entertainment purposes, if this is the case go crazy).

3. Don’t repost photos that aren’t yours without giving proper credit

I repost people’s photos every once in a while and I always make sure to give proper credit. Now there are many people who don’t do that. It’s technically stealing. I made the mistake early on and I will never forgive myself (happened once, and not on purpose) Don’t be an asshole. Credit the photos. This is the same if you’re posting a photo of a mural, you should credit the artist.

It’s a great thing to share peoples work and appreciate it. As long as it’s properly credited! Also going as far as asking if you could repost is greatly appreciated.

Posing in front of a car that isn’t yours. #thebowwowchallenge

On May 8th, Bow Wow posted a photo on Instagram of a fine-looking jet, with a caption about traveling to NYC. Unlike the rest of us, who settle for shots of cramped seats or pretty clouds, Bow Wow wanted us to know he rolls in style. Well, later someone who was on a flight caught Bow Wow in the seat in front of him. The post went viral. 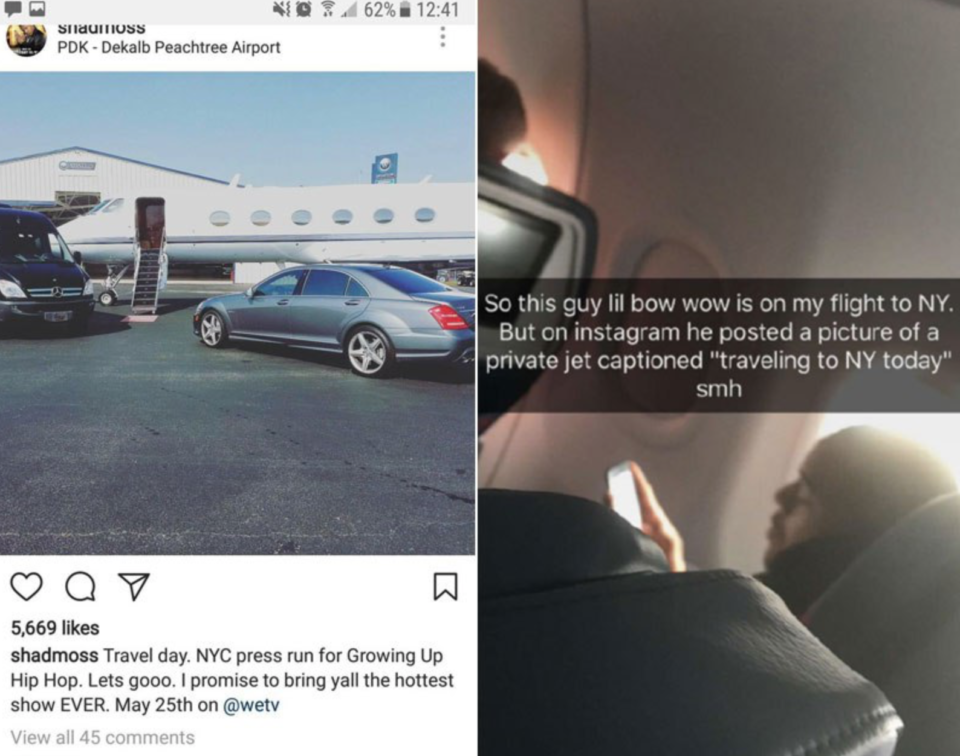 Don’t be a phony. Don’t pose in front of a car that isn’t yours, don’t say your event had 200 people when in fact it only had 50. Don’t hold a cash onto your ear if it isn’t yours… and if it is yours…. don’t hold cash to your ear. 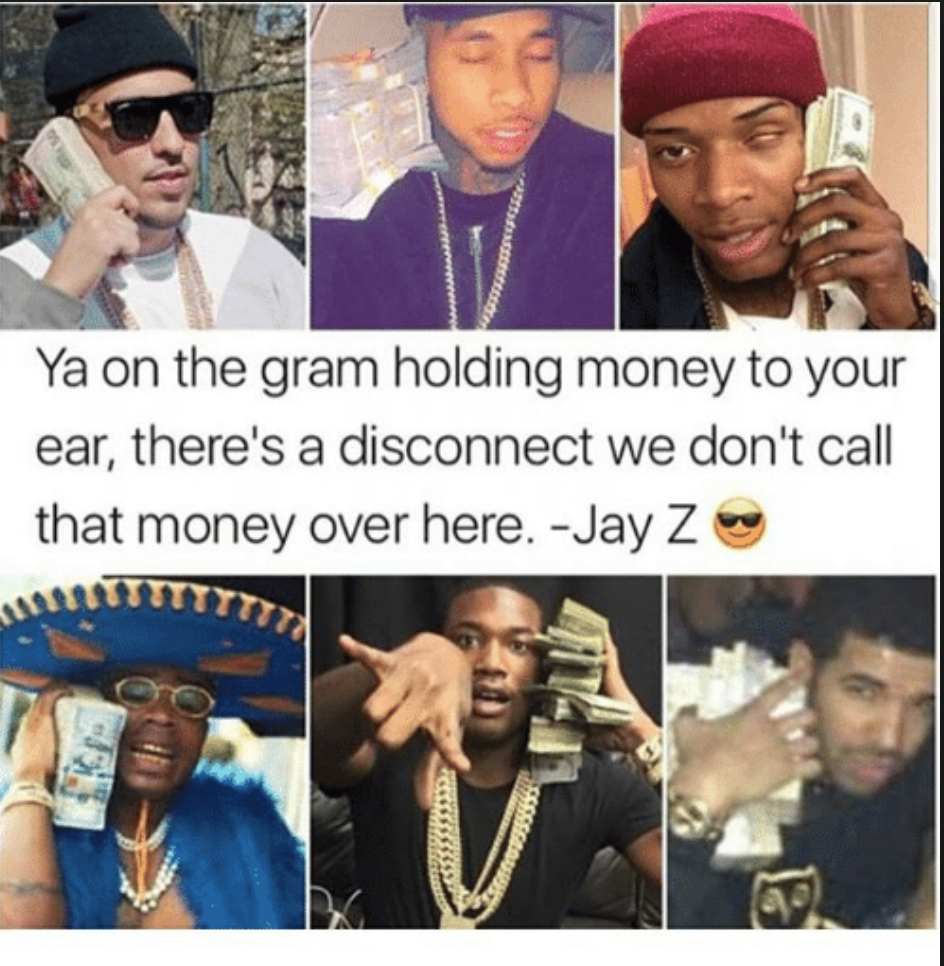 Do keep it real

I try my best to be honest with my followers, I am open about my successes, but also my failures. Whether you have 200 followers or 200K followers, it’s important to just keep it real. Don’t be an asshole. Don’t be a phony. It’s not cute. People will appreciate you more if you keep it real with them.

5. Don’t air out your drama on social media

Unless you’ve been living under a rock, you heard about the whole Rob Kardashian and Blac Chyna drama. I will spare everyone the details, but essentially Rob aired out ALL his personal drama on Instagram and Twitter. I see this happen often, and not just with celebrities. Even people in my network like professionals or artists will subtweet and call people out. This is an asshole move. 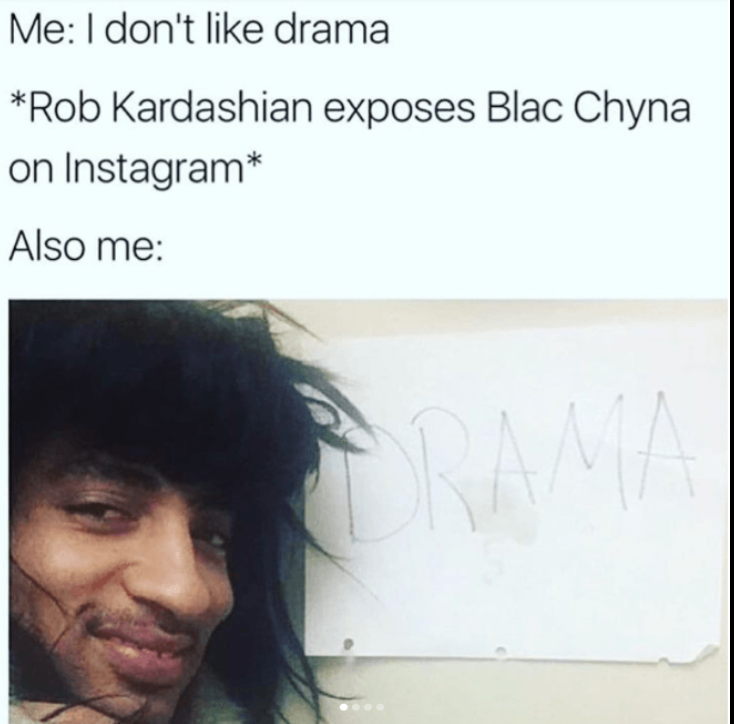 If you have an issue with someone, contact them directly, work it out or don’t. Your followers don’t need to know your beef nor do they really care unless you are in fact a celebrity. And if you are a celebrity, airing out your drama just adds to people’s entertainment and also makes them feel better about their lives.

Don’t be an asshole, keep your personal drama, personal.

Do be open about your feelings & thoughts

Just because you shouldn’t call people out, doesn’t mean you can’t express your feelings and thoughts about situations you are going through. There is just a way to go about it. Throwing others under the bus on a social platform is just petty and immature. Leave that shit for the group text!

Without giving too much detail, people will regularly say very rude and mean comments on photos I post that are uncalled for and inappropriate. Don’t be that person.

If you don’t like someone or what they post, unfollow them. If what they posted is offensive or inappropriate, report it and block them immediately.

I will get mean comments on a photo of a business, a mural, and even a selfie. And I wonder, why? Just unfollow! If you don’t like something, don’t look at it! Don’t be an asshole. I posted a photo with my toddler and someone commented “I can’t fathom who would even have sex with you” I was mortified! This person wins asshole king or queen.

I could probably write an essay about this, but I will leave it at that.

Do express your opinion

If someone posted something that you might not agree with, you should definitely give your constructive opinion. There is a right and wrong way doing it! We are all adults and I don’t think I need to further explain.

Rull of thumb. Never comment on someones appearance, dress, race, culture, language, religion etc etc. I can’t believe I had to explain but doing it just in case….

See, look how upset this shit gets me!!

There is a fine line between being inspired by someone and plain copying. If you are copying someone and you know it, credit them for inspiring you. This usually applies to photographers, artists etc.

Figure out who you are and let that shine through your work. No one needs to copy each other! It’s totally OK to feel inspired by someone you follow, but don’t copy them. And if you do, give them credit or reach out and let them know how much they’ve inspired you.

8. Don’t ask someone why someone unfollowed you…

Let me tell you a story, I recently unfollowed some people on Instagram. I felt like my feed was getting flooded with content I really wasn’t interested in seeing and hiding the content I was. So I decided to do a little clean up. I unfollowed one person, and it wasn’t a personal thing….and of course the very next day while I was walking to work that person stopped me on the street and asked me why I unfollowed them. It was 8am!! Talk about awkward!

So if someone unfollows you, and they are complete strangers just move on with your life, unfollow if you want… if aunt Betty or a close friend unfollowed you then you can reach out and ask why directly.

I think sending someone a message on social media, saying hello or pitching your business or project is fine but don’t ask for a follow. If that person checks your work and wants to follow they will.

I honestly had no idea what this meant until recently… “Indirectly tweeting something about someone without mentioning their name. Even though their name is not mentioned, it is clear who the person tweeting is referring to”

Honestly, what kind of nonsense is this. The worst part is seeing someone who has your number subtweeting about you! why not just send a text “yo, I don’t like how you talked to me last night etc…” what happened to direct communication?!

I want to sum up this post. We live in a free country, where we can all write, post, say and do as we please (as long as laws aren’t broken) and we all have our asshole moments (goes to delete photo holding cash to my ear, goes to delete subtweet directed to President Trump). And at the end of the day, social media are just apps on our phones. They are not real life and shouldn’t be taken so seriously. But for all our sakes, and humanity try not to be an asshole.

We have a president for one! 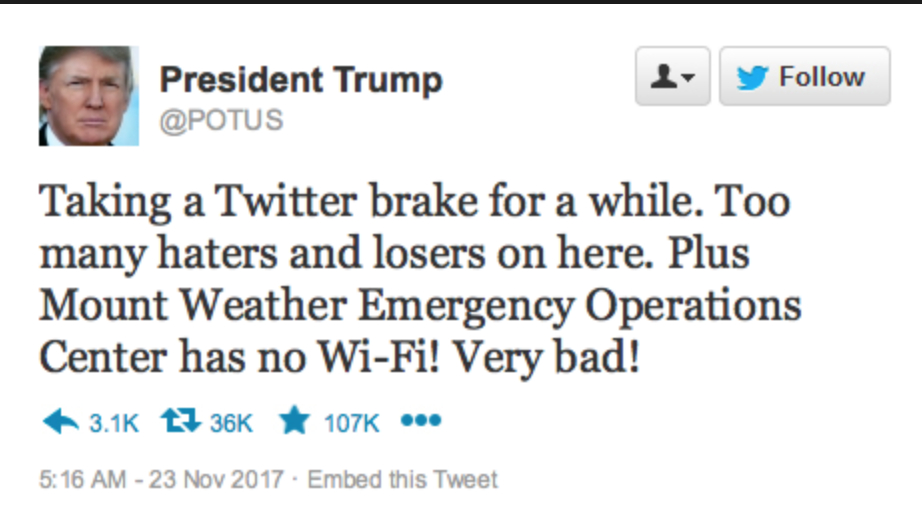 And that’s it folks! Did we miss anything? comment below!