From December 6th to the 16th, Art House Productions presents Not Medea, a show written by Allison Gregory highlighting motherhood in the 21st century. 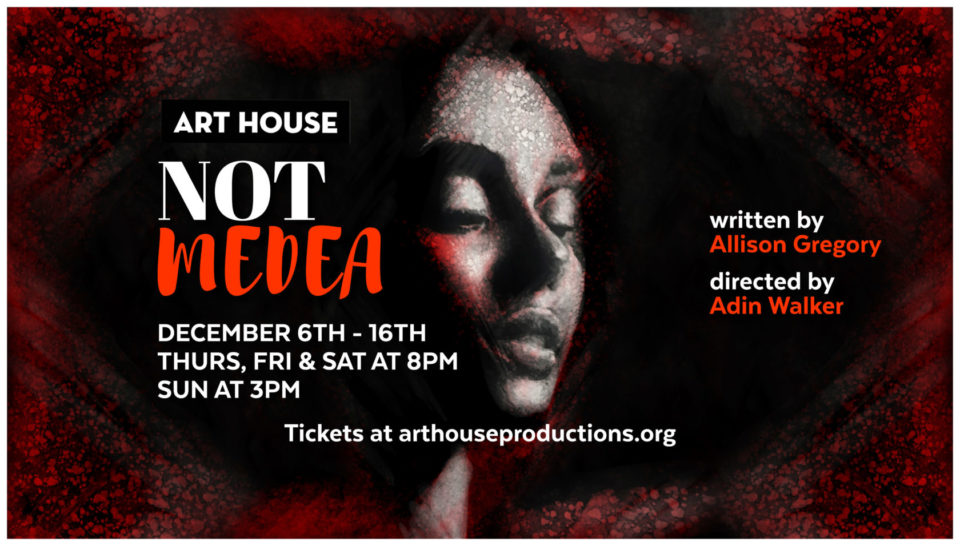 Not Medea is the story of an exhausted working mother who stumbles upon a play she doesn’t want to watch. It’s a take on Euripedes’ Medea with a different, much needed perspective on motherhood while keeping the themes of love, lust, and loss.

I was invited by Art House Productions to attend opening night for Not Medea. I invited another mommy friend to join me and I didn’t know what to expect given the subject matter. It was a very intense show, but I loved it! The actress managed to capture the struggle of being a mother and how insane it can be.

It was a great show, definitely worth checking out! Art House Productions is an amazing local organization. I urge everyone to check out their shows and support them!

The next performances of Not Medea are on December 13-15 at 8PM, and December 16 at 3PM. There’ll be ASL and Audio Interpretation at the December 14th performance.

You can get tickets at arthouseproductions.org.