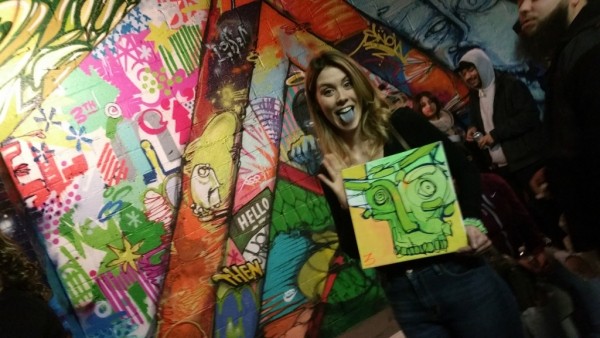 Last night’s event at The Cage in Newark revealed an explosion of AIDS crew (Alone in Deep Space) forces. The A-Team, described as a collective of “like-minded individuals” is part of the AIDS crew – artists and musicians in and around Jersey City whose work has been covered numerous times on this blog. 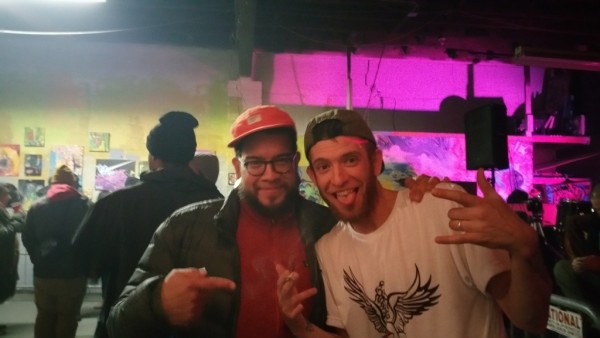 The Cage, basically an empty, lofty warehouse space on a desolate Newark street, is run by “Jae” who hopes to host similar art & music events in the future. Last night’s collection of murals and canvases set the backdrop for the event’s main act – “Animal Crackas” – also an off-shoot of the AIDS crew.  Sour Dzo and his brother Clarence Rich, along with the very talented Piff James, hit the stage with their signature style.  As described by Dzo, “We are a mash-up of music and graffiti, all together in performance art. We are what the game is missing!”  Piff James adds, “Our music is what’s in your hearts. You heard of the third eye? We’re the third ear.” 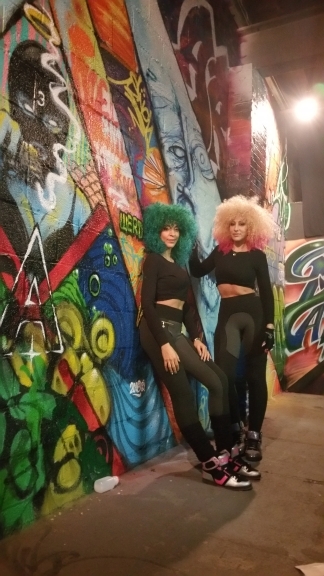 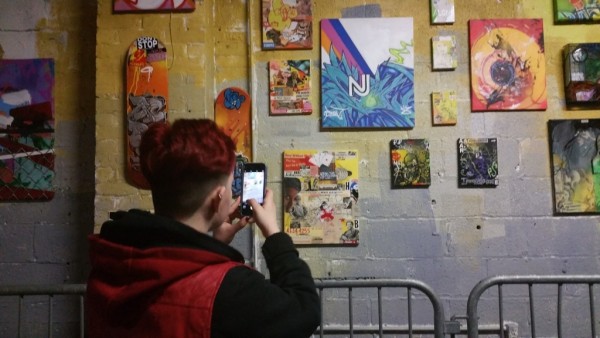 Jayne Freeman is a certified childbirth educator teaching in the NY metropolitan area since 2009. She created her own public access show, Mamarama, which aired on Comcast Cable for over a decade. Jayne writes frequently about pregnancy, childbirth and the parental experience for several different websites. As an avid street art photographer and skateboarder she is often seen cruising the streets of Jersey City.