All You Can Video Game Tournament and Social Reform 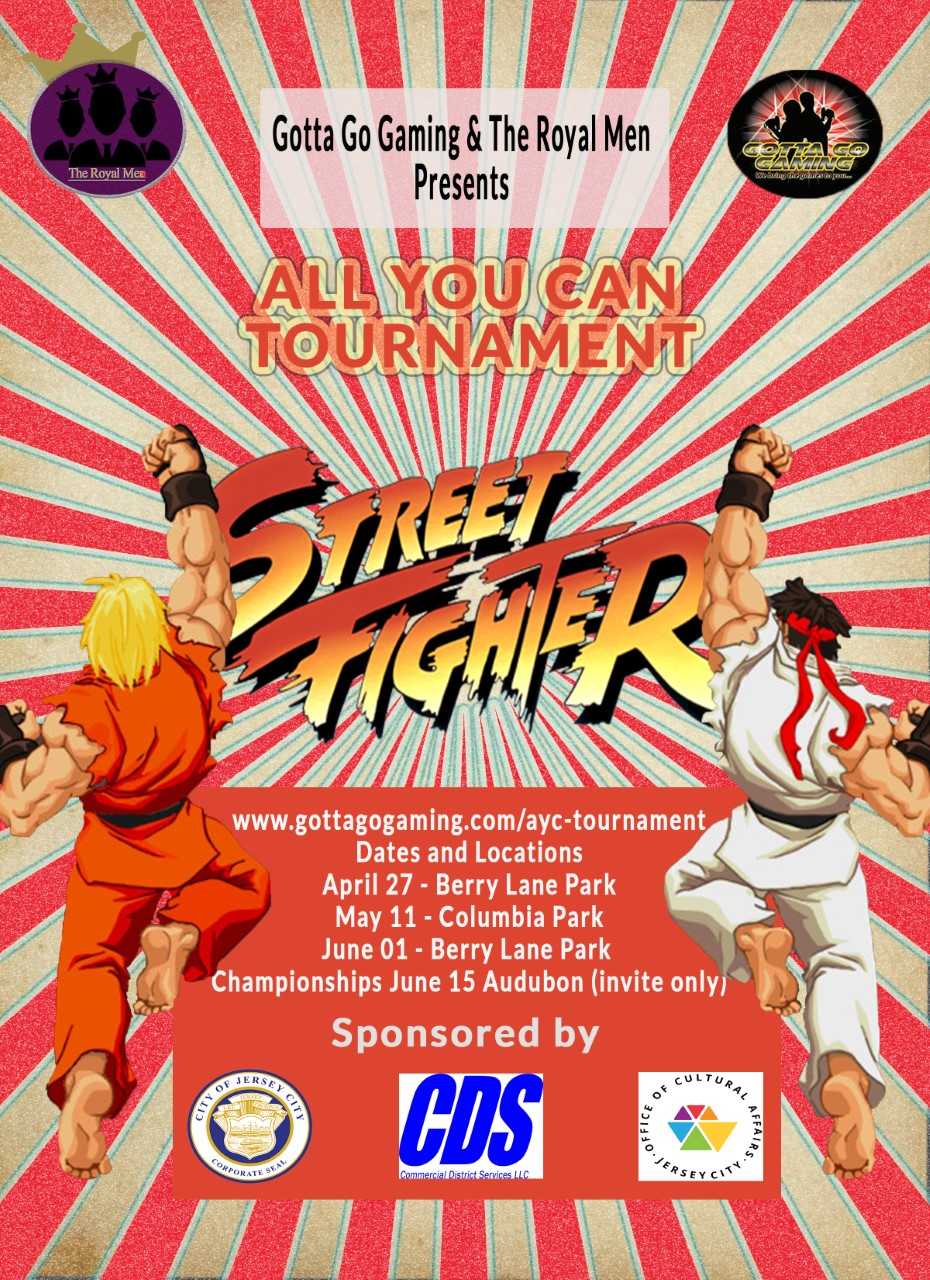 “Gotta Go Gaming” and “The Royal Men Foundation” are co-hosting a Street Fighter video game tournament that is being titled the “All You Can Tournament”.  The tournament is named after the ultimate power move of the video game’s main character, Ryu and represents the strategy and strength traits embraced by all heroes. The tournament will be held in 4 locations in Jersey City, NJ, on April 27th 2019, May  11th 2019, June 1st 2019, & June 15th 2019. Additionally a social platform will be given to a variety of prominent, relevant social reform issues: bullying, poverty, homelessness, mental health/trauma, physical health, violence, re-entry/incarceration, and education. There will be entertainment in the form of gaming and music. The tournaments will start in April 2019 and have a finale in June 2019.  For each of the tournament event locations, there will be representatives, educators and vendors from a variety of organizations and institutions that are committed to the kinds of social reform issues that are represented by our tournament themes at the various locations with their literature and some speakers.

There will be free activities such as: video games, laser tag, face painting, live DJs & musicians.