A few weeks ago, I had the opportunity to meet hip-hop music group Thee Nine Three in one of my favorite spots – Hamilton Pork. They graced us with a little rap performance and I loved their style. These guys are really down to earth and I had a blast getting to know them…even though they came late to our meeting! Check out the video or read the full interview below!

Why did you pick “Pootie” as your stage name?

It was just a given nickname as a child. I just ran with it.

Cool. Where are you guys from?

You guys are a group, right?

What does “Thee Nine Three” represent?

The year we were born.

’93? So young! When did you guys start rapping?

High school, around 6 years ago.

How did it start?

Nathan: We were just chilling. My boy had an MPC. He made beats and he was just like, “Hey, wanna rap?” He said, “just write,” so that’s what I did. He thought it was dope and we made a group.

Pootie: That was prior to me getting with the group. I was just freestyling around town, around Jersey City.

Are you from Jersey City?

Pootie: I’m from Hoboken/Jersey City. I lived up there, lived down there. Moved around.

Cool. How would you guys define your style?

Nathan: Just hip hop. We mess with a lot of jazz. We have a lot of jazz influence and folk, but that’s hip hop.

Pootie: We try not to be too limited with the sounds we incorporate in our music. 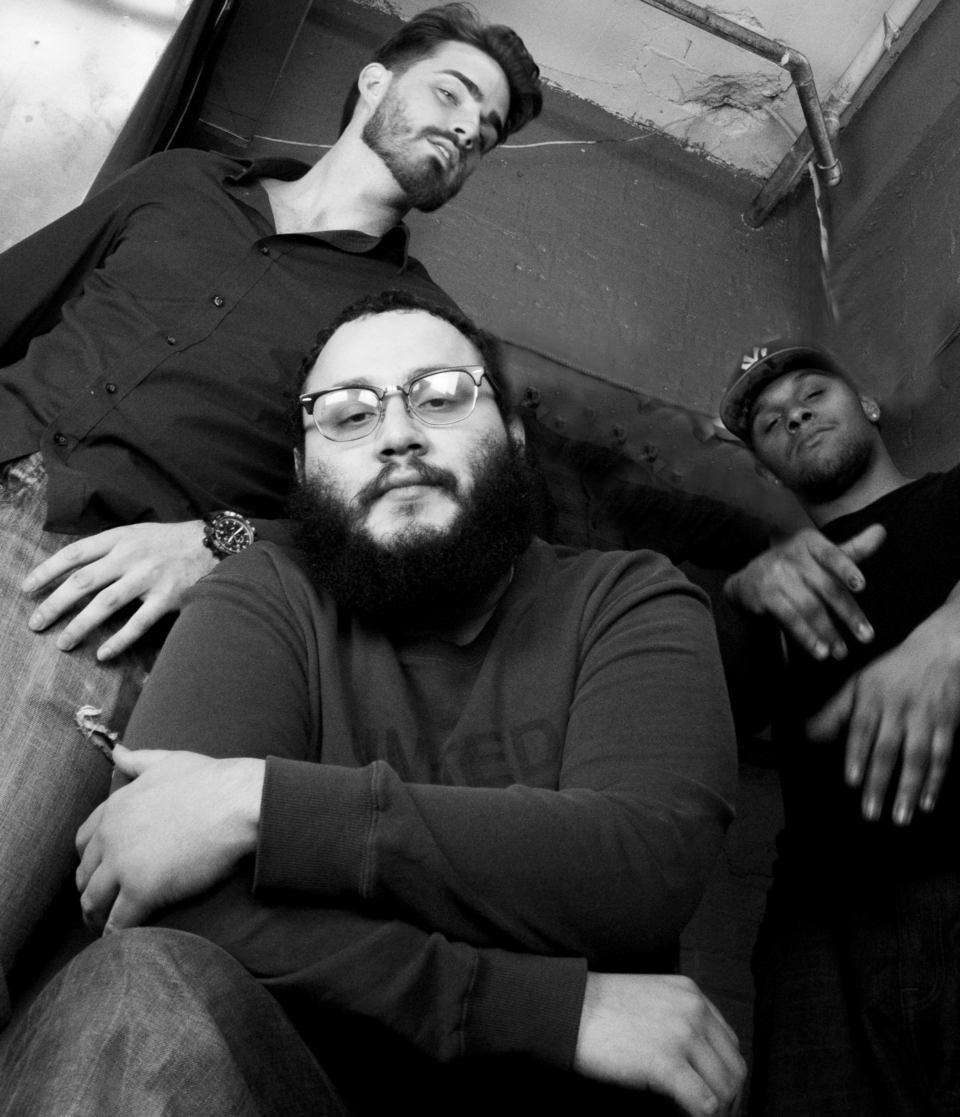 What are your musical influences?

Nathan: We used to study Biggie together. We’d sit down and listen to Lupe’s “Dumb it Down.” Stuff like that. We listen to everything, and we’re influenced by everything we like. It can be from Tribe to Red Hot Chili Peppers.

Nathan: We take it back. We listen to everything and try to incorporate as much into our music. That’s how I like looking at music – not as just genres, but you can do anything with any sound.

How do you feel about the music industry these days?

Nathan: I ignore it, honestly. I try not to put my mind into it too much because a lot of it is trash. A lot of it stays there for a month or two, and then it’s forgotten.

What inspires you guys to create?

Nathan: We like talking, especially out of our ass. We like going on a beat and just speaking our mind, whether it’s a certain topic like girls or just growing up in a rich town being poor. See our talent change daily is pretty crazy.

Were you raised in Hoboken?

Oh wow. Jersey City still has a lot of culture and character, but I feel like Hoboken has changed completely.

Nathan: Yeah, it’s just turning into a city of the suits. Like a small New York. I like coming to Jersey City because it’s like taking a trip out, almost like going to Brooklyn. It’s chill, it’s different. It’s a different vibe, not as uptight. 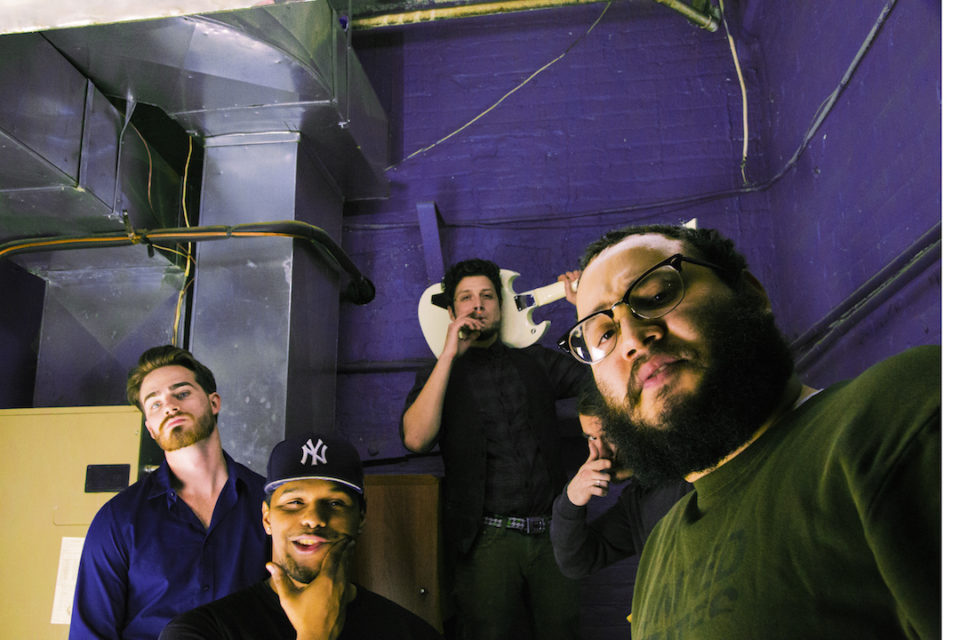 How do you feel about the change? How was it, watching it?

Nathan: It was pretty crazy because when you’re able to go to the store and pick something up for like a dollar, and then the next week you go in, it’s $1.50. It’s kind of like, “Wait a second…that’s fucked up.” It’s weird. It’s not something I want to live with. It also applies to rent, not just a bag of chips.

So where do you guys go to hang out?

Nathan: Of course, the studio. I like Lucky 7s. Left Bank is so good. I spent $20 on a cheeseburger!

Awesome. Your studio’s in Hoboken?

Pootie: It’s in Jersey City, at 90 Forrest St. It’s like our Bat Cave.

Nathan: We’re not really people who go out and chill. If we get bored, we just make music. We’re around Downtown eating with our chicks or plotting our next move.

Right. So what are you guys working on right now?

Nathan: We’re working on our new album called Twenty Nine Three, which is our follow-up to our first album, 20 Year Theory. It’s going to be a little similar-sounding, but more futuristic and more experimental. We introduce a new member, too – Pootie.

How many people are there?

Nathan: We have 5 people. Everybody plays their own role. Pootie’s a great freestyler. He freestyles like nobody I’ve met before. My producers are phenomenal. They’ve worked with The Underachievers and a few people in the city. I’m the engineer, I like mixing and mastering. I also rap.

Are there a lot of creatives in Hoboken?

Nathan: Absolutely. There’s TCMG, full of cats who do cool shit. They’re cool. Other than that, to be honest, I don’t really dabble too much. I just try to stay away and do my own thing. There’s a lot of people creating in Hoboken.

Pootie: In Jersey, in general.

Nathan: Yeah, Jersey itself is just a creative warehouse.

How do you feel about the changes in Jersey City?

Nathan: I think they’re cool. I like Downtown the most. When I was growing up, I’d go down there to get my glasses fixed or for an eye exam. Now, I go down there and it’s party city on the weekends. They shut down that one street by Grove, and it’s just really cool. I like the atmosphere. It’s like a getaway.

Pootie: It seems like there’s been a lot more art spreading around there. On buildings, it’s crazy.

The murals are great! There’s not that much street art in Hoboken.

Pootie: Yeah, they definitely should have more street art in Hoboken.

Is there anything else you’d like people to know about you guys?

Nathan: Just stay tuned, because we’re getting a lot of motion. I know the word “soon” is a rapper’s favorite word, but it’s going to come soon.