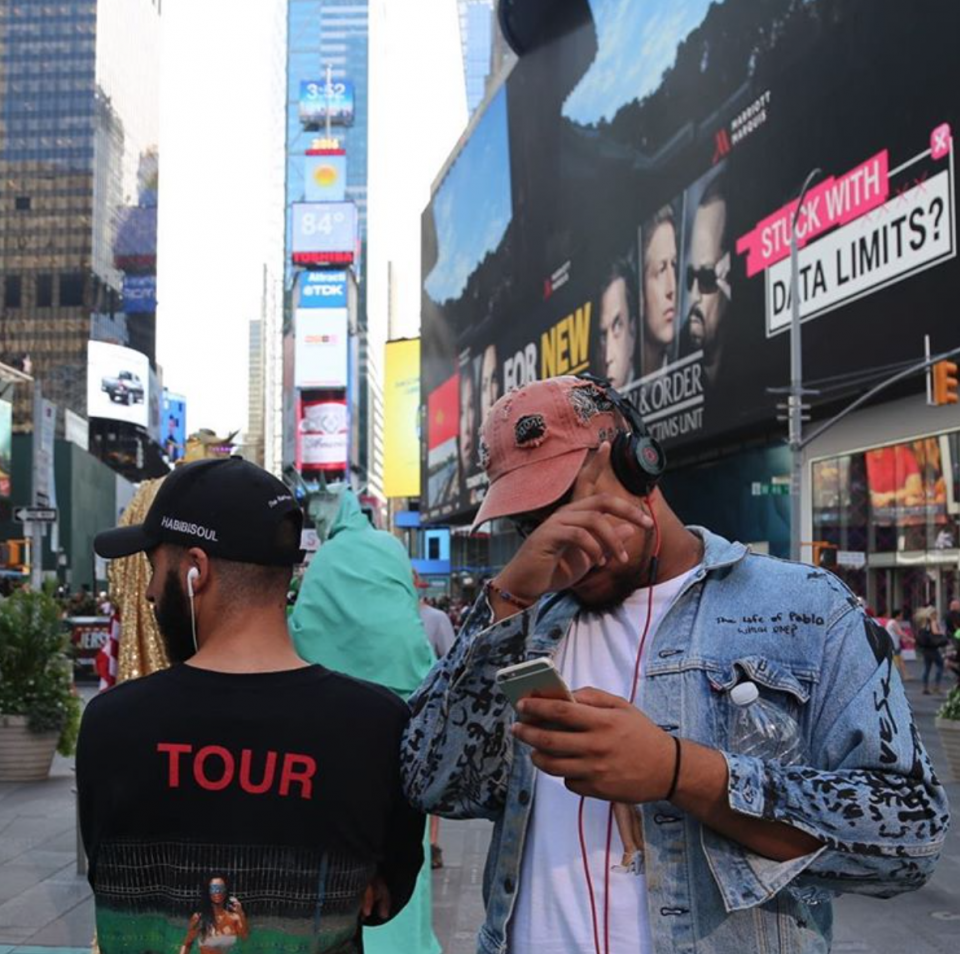 When I first saw Mateo Ahki, he was a last minute add-on to the Forever Young Festival hosted by Chicpea and Hayoner. I was instantly impressed by his energy and stage presence. I didn’t introduce myself to him that day, but we would soon bump into each other at different functions within Jersey City. I found out he was dropping a project and decided to take the opportunity to get to know Mateo through “The HeARTIST.”

Mateo’s eclectic, alternative, trance tones mixed with with heavy base and boom bap, topped with soothing raspy vocals are the perfect ingredients for a fresh plate of sound bites. His latest installment Veyebes is a dish best served with a side of heartbreak and hope only to be digested by an open mind and a wounded heart. Mateo Ahki is a reincarnation of a romantic straight out of Dead Poets Society.

Mateo Ahki? What an interesting name…

Yeah, so Mateo is a nickname my mom gave me, which is short for Matthew, and Ahki is slang that translates to “brother” in Arabic, so I put the two together and young Mateo Ahki was born.

Have you ever gone by another alias?

I actually gave myself the name “Confidence” and my music teacher cosigned it, so I ran with it.

Word? Why not keep the name Confidence?

Mateo: Well, musically where I was going, the name Confidence didn’t fit what I wanted to create. Plus, I also changed it for marketing and branding purposes. 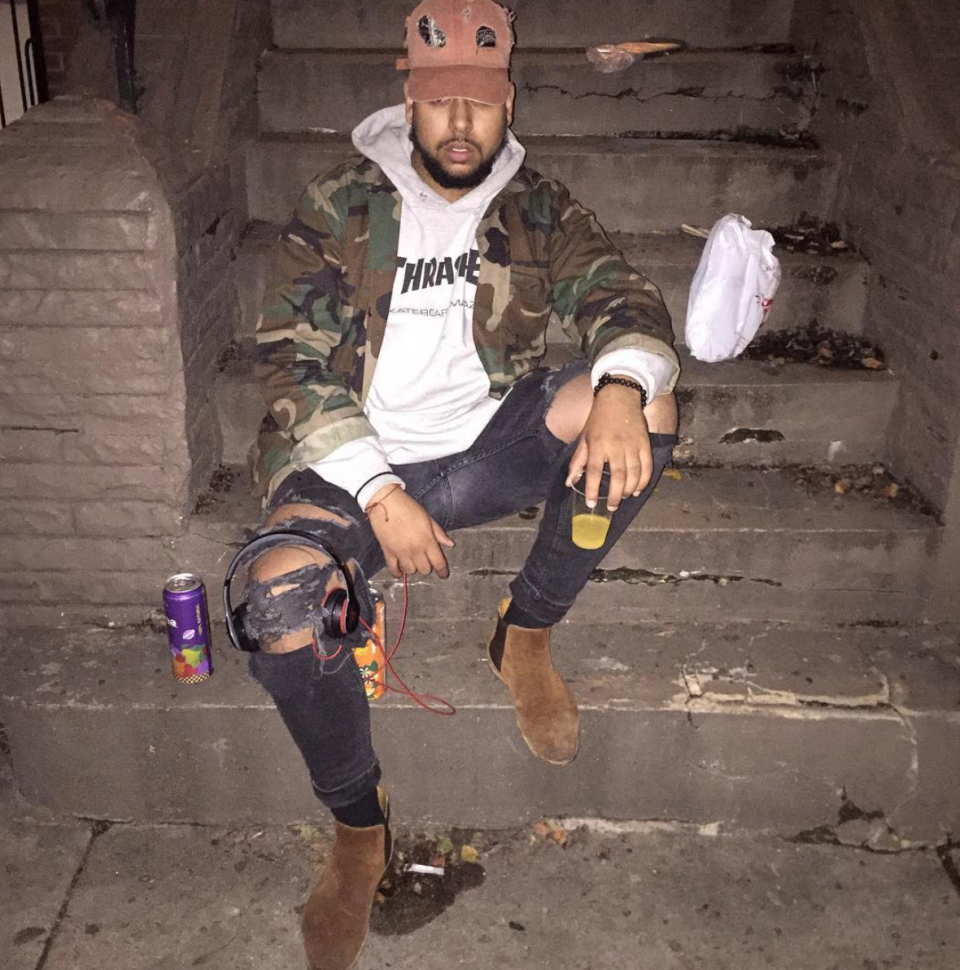 Speaking of music, when did you first start writing music?

Unofficially, I started writing music when I was like ten years old. I have an older cousin who introduced me to music he was listening to, which was late 90s/early 2000s, so thats when I got into it. I’d be in the room just rocking out with him and he would show me the tapes, and when I was around ten or eleven he challenged me to write something.

Do you still have physical copies of your raps?

I actually have a cousin that lives in Hawaii that has one of my raps framed on a wall.

I feel like family plays a significant role in educating and guiding the youth through and to musical avenues. I remember being younger and having all my cousins introduce me to hip-hop. Can you name an artist that inspired you to make music?

Funny thing is that I started listening to the OGs of hip-hop like Biggie and Pac, but before I found hip hop I listened to a lot of rock. I was into rock-pop. Good Charlotte, Blink 182, All American Rejects…

(Surprised) So you were a punk rocker?

Mateo: Oh yeah, I was a big punk rocker. I was listening to Evanescence, Green Day, and throughout that time period I had found Eminem and 50 Cent.

So the punk rock and hip-hop scene are somewhat like distant relatives going back to its origins because of the efforts of gurus and aficionados like Rick Ruben and Russel Simmons. Is that a space where you felt comfortable making music?

Mateo: I felt extremely comfortable. I became more well rounded when I started listening to hip-hop because I had a rock background, so it was easy for me to incorporate other sounds and instruments that I could rap over, which made my music more progressive.

How would you describe your style of music?

From doing my research, I know that my style falls under alternative R&B but I like to say my shit is a combination of trance and hip-hop.

What influenced the style of music that you make?

I was definitely influenced by J. Cole and Kendrick (Lamar) when I first started. You can really hear that in my first project and before that, I was in the battle rap scene so I’ve always considered myself a wordsmith…

Tell me more about your project Veyebes that’s out on Soundcloud right now. What was the concept? And what were you trying to accomplish?

With Veyebes, we were kind of just cracking out music and I had put out visuals for my previous project, Model Behavior. So because we were making music at such a fast rate, I decided that I was going to put out a second project that correlated with Model Behavior.

So Veyebes is a part two to Model Behavior?

Mateo: I’ll say there’s a correlation. I have other projects coming out that are attached to Veyebes, which correlate with Model Behavior.

How did this project come about?

While my project was out, I started shopping it around to different A&Rs and the feedback was good and constructive. I decided to get in the studio right away and started building off of the criticisms, and Veyebes was created shortly thereafter.

It certainly sounds more cohesive and well put together, would you agree?

Personally, I think all my shit is dope, but I would definitely agree with that statement.

For starters, the title certainly captured me. What was the muse behind it?

My mom gave me (points to wrist) this bracelet when I was younger with the Evil Eye on it as a gift to protect me. While I was in my recording process, I felt like the Evil Eye was following me. I encountered it at least once a day for a whole week, from just seeing it on other people and connecting with them and I’ve had this bracelet for over seven years, so I felt like the universe was talking to me and I decided to name it Veyebes. The symbol was popping up everywhere and I wanted to find a way to transmit my perspective of relationships I’ve had from my eyes through sound. 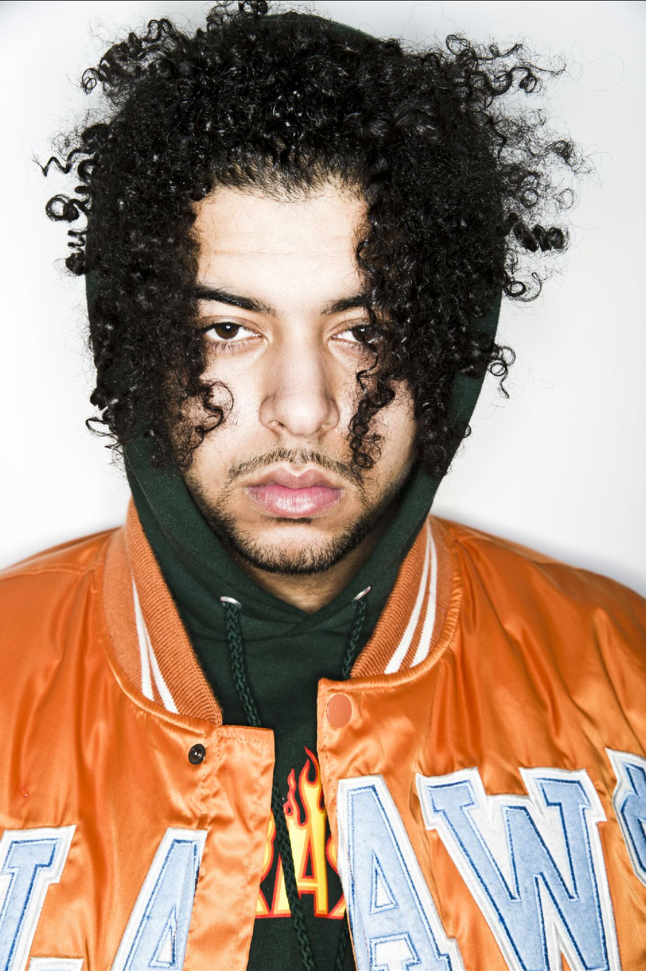 What are your thoughts on the music scene in Jersey right now? How do you feel it’s changed?

I remember being younger and listening to Ransom and Hitchcock, Desert Storm mixtapes; all of that is Jersey City street music. All of that stuff came before me, but I did my research on the music game while I was 13-14 years old working on my own music.

You seem very knowledgeable about your city’s history.

Yeah, I did my due diligence and made sure I did my homework, and I’m glad I did because right now I feel like artists don’t take the game seriously.

It’s like everybody is trying to be the next Future. There’s no originality and artists aren’t trying to evolve or aren’t thinking about longevity. I think everyone just wants to make the next hit. That being said, I feel like Wolf Juice kind of opened the door for a lot of Jersey City artists. They gave Jersey City artists a platform to perform in front of other people.

Around what time period was this?

Mateo: Wolf Juice happened about two years ago. I remember I was performing songs off my most recent project at the time called Think Different.

Did watching them make you want to aspire to be like them?

When I was watching Albee Al do it, I didn’t grasp how far I could take it. I didn’t think that if I kept working and I took it seriously that it would become my business and I could make money and be a rap star. I was a sophomore in high school, so I wasn’t thinking about that. That’s around the time met Tim, who you can say is like my music coach.

You sought out a music coach? A lot of rappers don’t do that…

Yeah I did, and it was the best thing for me. The reality is that everybody is trying to sound like somebody/everybody, and when you get in the game I feel like you need to have your own sound. Obviously, as a rapper, your job is to study other rappers and that’s how you develop your style, but Tim influenced me to work on song structure, flow, and articulating my words. He was showing me how to make sense of what I wanted to say and that helped me develop my own voice.

How accessible are you? Can the people find you on social media?

I’m very accessible through social media. The people can find me on IG and Twitter – @mateoahki. You can also find my music on Soundcloud

Do you have a favorite place you like to go to in Jersey City?

I don’t want to sound corny, but my favorite place is my studio. It’s a place of growth and positivity so I love to be there, but when I go out I fucks with Miss Wong’s. I feel like Miss Wong’s developed an open-door policy and made it a comfortable space for all kinds of people to be able to party and have fun.

(round of applause) Mateo Ahki!

Thank you for taking the time to sit down with me. It was a genuine pleasure. Before we get up out of here, do you have any last words and shout outs?

Go listen to my album Veyebes. This shit is deeper than music, man (with a concentrated look on his face). This is my letter to Jersey City artists: it’s deeper than music. If you’re doing it for the wrong reasons, stop, cause when you rap I can hear it. And only a nigga who’s really taking his artistry serious can say something like that. I take my craft very seriously and I can hear it when cats start rapping. You either got it or you don’t got it.

We out! Peace, Love.