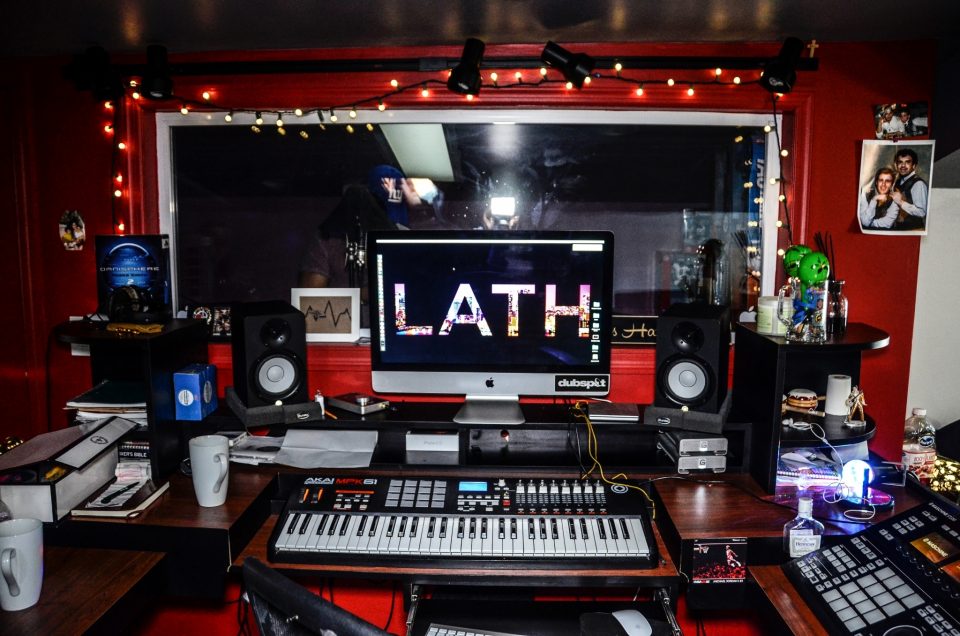 Friend and party partner HayOner put me on to LiveAtheHudson, an artist he currently manages. LATH technically does not live in Jersey City, he lives in Union City… so when I heard about him, I was like, “I can’t interview him”. A week later, he dropped a single “Wildfire” and after listening to it for about 30 times on repeat, I texted Haytham and said, “Set it up, I want to be the first person who interviews this guy.”

So there you have it…I’ve officially broken my rule, first with Bodega Dream and now with LiveAtheHudson. So sue me!

LATH raps, sings, produces, and writes his own music. How many artists these days can do all that? Exactly. As you will notice from the photos, he chose to remain mysterious. He wants his music to speak for itself and is not all about the image. He is onto something. Ladies, I can vouch that he is a total babe, though. 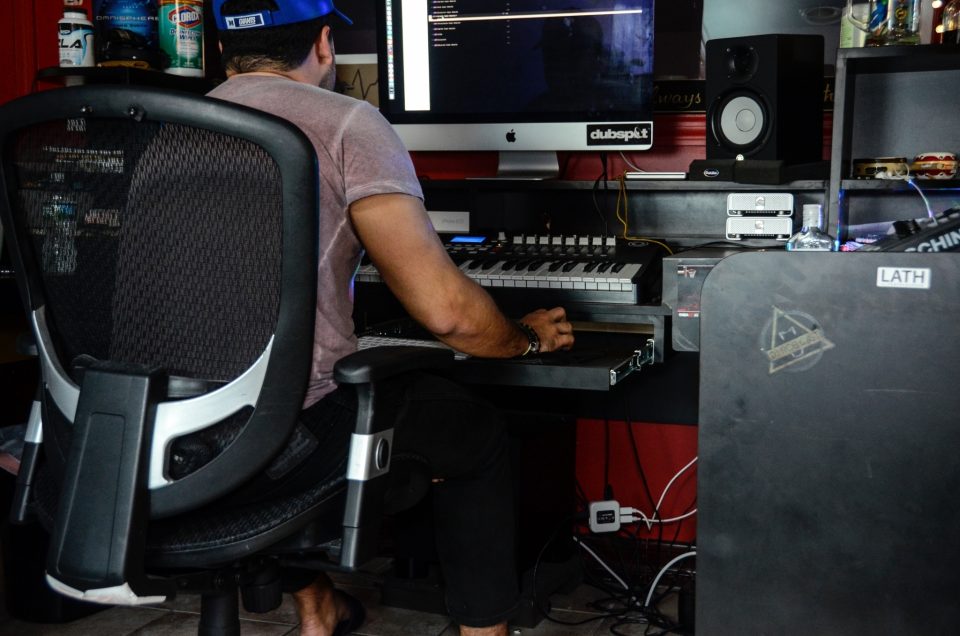 What’s your name? My name is LiveAtheHudson.

Why LiveAtheHudson? I used to be a big pothead, so me and my friends would smoke by the river and make jokes. We would talk about our dreams, and we would look up and have the skyline looking right back at us. I don’t remember how exactly it came up, but I wanted to be called “LiveAtheHudson.”

How long have you been doing music? Me and my friends always made stupid songs growing up. We would have these songs, and they would catch on, and we would sing them all the time. I never took it seriously until I was 21. I didn’t want to rap or sing on other people’s beats. I was very embarrassed by it at first because I felt like everyone was doing it. So in order to give me more credit, I wanted to make my own beats, and I would be taken more seriously. I held off on rapping or singing until I got the hang of everything. 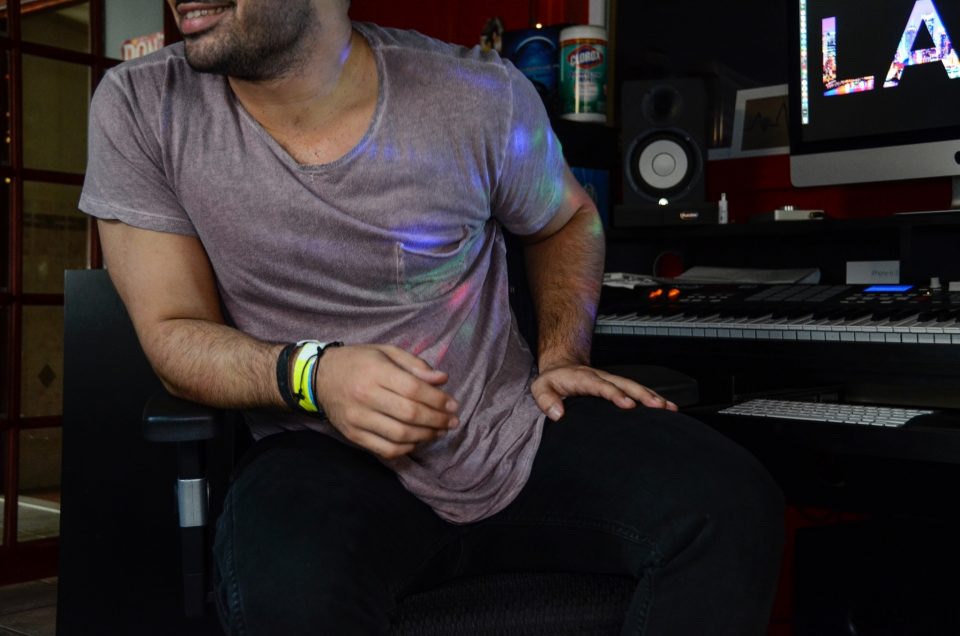 To me, making music takes a certain mind. How did you figure that out? I still haven’t figured it out. Some days, I can’t do anything. I’ll just sit here and I’ll watch movies all day, and some days I wake up, and I want to make a beat.

It’s like all creatives. What are your influences? I’m still trying to find that out for myself. The day I find that, I think that’ll be the greatest gift I can discover about myself. Knowing exactly what it is that triggers it and that way I can do it whenever I want.

Who do you look up to in the music world? I listen to everything from country to hip-hop. As cliché as this is, I’m huge Drake fan. 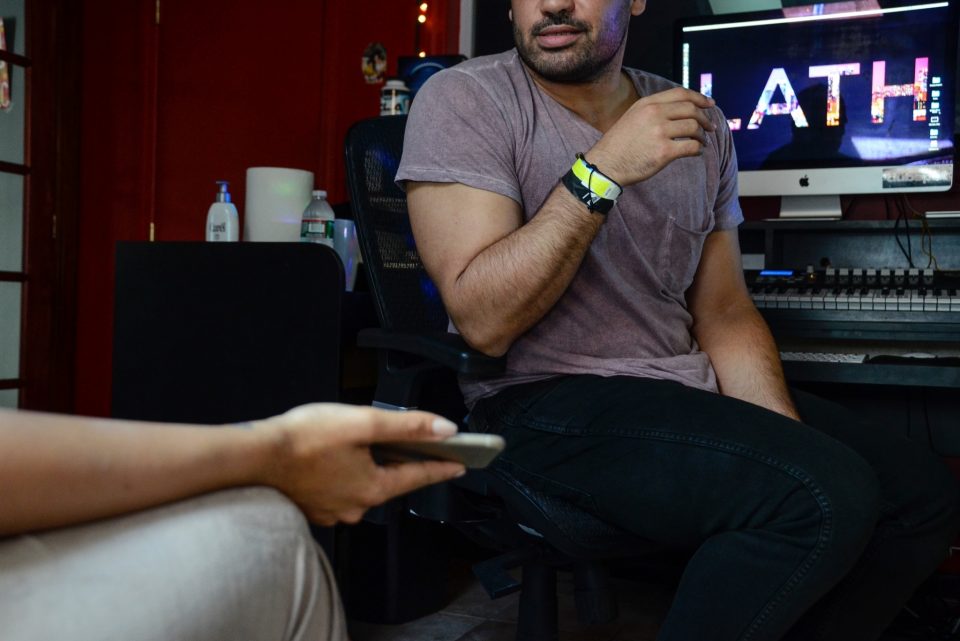 Is that what you’re trying to do as well? Yeah.

How would you define your style? Just listen to “Wildfire.”

I felt like I was in sexy club. I want to really do it all, but when I say that, I want to do it in a way where I can merge those boundaries and bring them together.

So you were mentioning that you don’t like to party. Again, it’s weird. I’m a bipolar creative person.

It’s good. It means you have passion. So you released “Wildfire,” what’s the plan with that single? Right now, we’re going to put it on Spotify and send a mass email to a bunch of DJs. From there, I’m leaving it in my managers’ hands as far as their marketing plan.

So you grew up in Hudson County. Yes, ma’am. 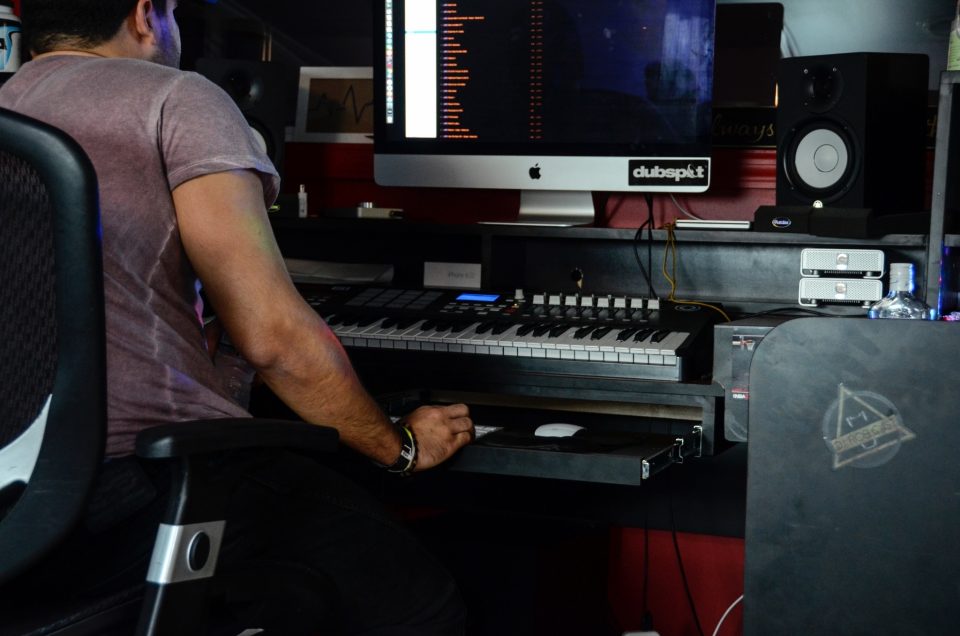 How do you feel Jersey City has changed? Downtown Jersey City, I never thought it would be like that.

Do you have a favorite Jersey City hangout spot? I like Miss Wong’s.

What are your future plans? “Wildfire” I actually released last year, but we mastered it, we mixed it down and sent it some really great engineers and they made it better. So we’re rereleasing it. I hate the fact that I’m rereleasing something that my friends have already heard. I can’t wait to release some other stuff.

Last summer, I did almost 20 shows in New York and Hoboken.

Where do you see yourself in five years? In five years, I’ll be thirty-two. I definitely want to get this music stuff off my chest and when I say that, I don’t mean leave it behind. You know when you have something to say after a breakup? I want to have enough closure with this. I still feel like I’m doing this 10%. There’s a whole 90% out there that can aid me and help me. I’ve only been doing this for four years; I don’t know everything there is to know about how to do this.

Everyone speaks very highly about you like you’re the next best thing. How do you feel about that? That’s crazy. That doesn’t even make sense to me. In five years, I want to get everything off my chest and while I continue doing music, I want to move on to different things. I want to be a part of as many creative things as possible.

Do you have a name for your studio? We call it The Attic.

How do your parents feel about the music? Well, I’m a 100% Cuban and my mom says that I get it from my grandfather because he used to have a guitar and make up songs on his guitar. And my dad is a huge supporter too; he built all of this.

Any last words? Shout out to HayOner!