Late last year, residents of Jersey City were struck with panic as a local publication unleashed a headline stating that carcinogenic contaminants are prevalent in Jersey City tap water. Citing data from nonprofit organization the Environmental Working Group (EWG), Daniel Hubbard reports that chromium was detected at 0.0468 ppb for Jersey City’s utility, 2.3 times the suggested guideline of the EWG of 0.02 ppb. The Environmental Protection Agency (EPA) advises an enforceable safety limit for exposure in water as 100 ppb—well above the levels measured in Jersey City’s tap water. The article goes on to point out that more than 100 million Americans may be exposed to a number of other dangerous chemicals in their drinking water, such as PFAs, lead, arsenic and copper.

The government regulation of hundreds of chemicals regularly found in water-quality reports hasn’t been legislated in 20 years, and permissible levels of some contaminants haven’t been updated in closer to 43 years. Effective in December 1976, “the Safe Drinking Water Act (SDWA) requires the EPA to establish National Primary Drinking Water Regulations” [1]. As of 2019, the EPA has provided 88 standards for water contaminants, but the last amendment to the bill, in 1996, excludes some contaminants, leaving the standard for safety ambiguous.

According to the EWG, federal drinking-water standards fail to actively consider the potential effects on “infants, children, pregnant women, the elderly, individuals with a history of serious illness or other subpopulations that are identified as likely to be at greater risk of adverse health effects due to exposure to contaminants in drinking water,” [2] despite the intent of the document .

We sat down with John Hroncich, Project Manager for Jersey City, and Ghilianie Soto, Northeast Communications Manager for SUEZ. SUEZ is the water and waste management company that handles the testing and treatment of Jersey City’s water. According to Hroncich, Jersey City’s tap water is well within the federal and state safety guidelines, and residents do not have anything to be concerned with. Water-quality tests are performed monthly in state-prescribed locations throughout the distribution system, to monitor pH, chloroform and chlorine residuals. Disinfection bi-products are tested for quarterly, and lead and copper are tested from June through the end of September. Jersey City’s water report is published every June; however, all of the testing information accumulated on a weekly and monthly basis goes into the Drinking Water Watch database. 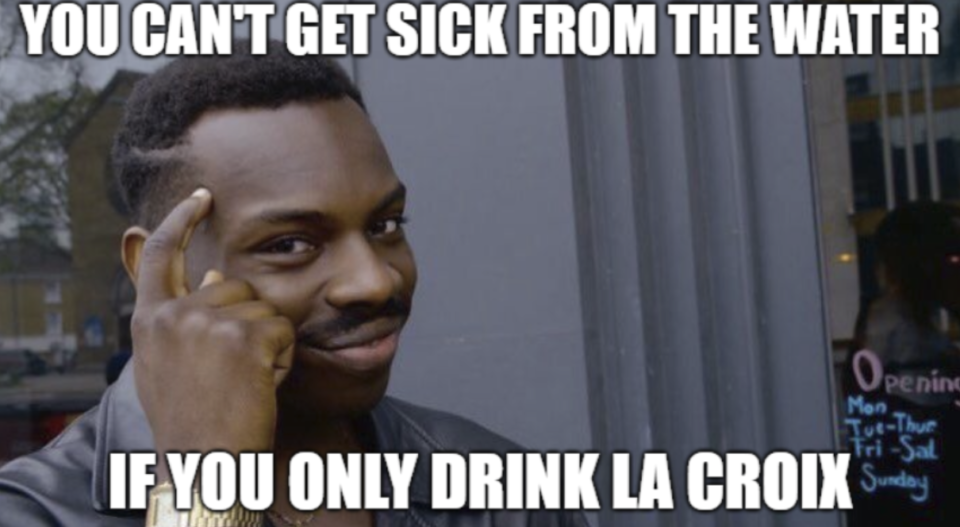 Hroncich relayed to us that once the EPA sets its standards, it then delegates the responsibility to the state, which can then tighten its treatment process and make its regulations more strict (but can never make them less strict than the EPA’s guidelines). Ultimately, the state regulates how water companies, like SUEZ, test and manage their water-safety practices.

We inquired about when the EPA last updated its standards, and were directed to contact the EPA itself—as of December 3, we have not received a comment back.

Soto assured me during our interview that “the EPA guidelines are set by experts in the water-quality industry. They are scientists who do years and years of testing and research. So there are a lot of experts behind any of those guidelines that are set forth. We don’t have any knowledge on who is coming up with the information on the EWG end, so we can’t speak to that, or where their data is coming from—but we know for a fact that the EPA is backed by leading industry experts.”

When questioned about whether it is advisable to invest in a water-filtration system to remove any residual contaminants in water that, although below the regulation standard, are still present, Hroncich said, “The water coming to your tap is safe to drink—we don’t generally recommend filtering units, but if a customer decides to pursue [one], it’s perfectly within their right, and if they do, they need to follow the manufacturer’s instructions on how to replace filters and put new ones in because they do accumulate bacteria and other things that may not be . . .” Here Hroncich paused and Soto cut in: “We’ve had some customers that will put the filter on their faucet and that may not be the best because there might be minerals that need to pass through your faucet and if they’re being trapped in your filter, you’re drinking through an accumulated amount of minerals that are just sitting in the water.” (I was instructed that running your water for 30 seconds clears the pipes of any such sediment.) 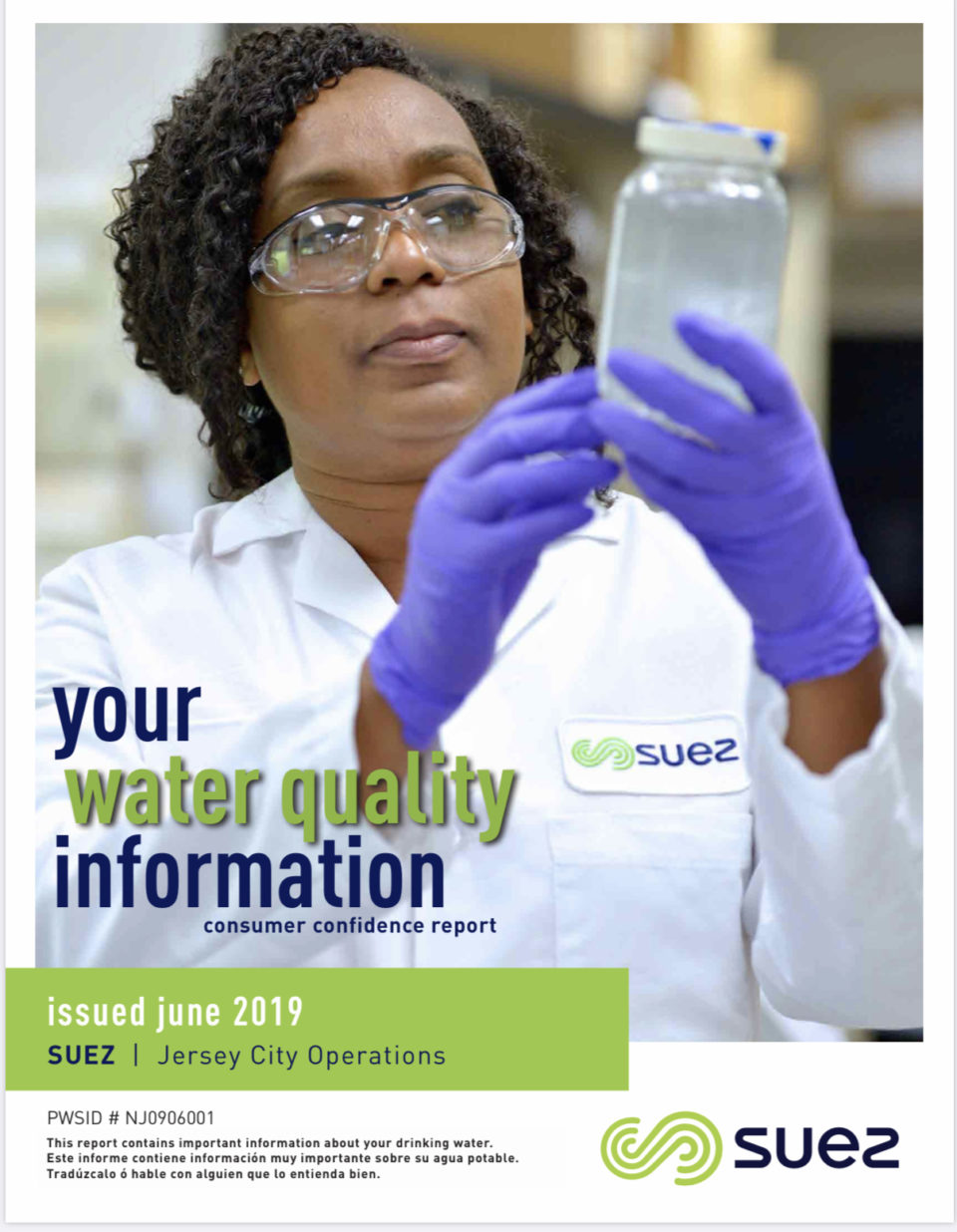 Because chromium is the chemical found above the EWG’s suggested guideline per this article from patch.com, let’s take a look at what chromium is and what its potential health effects are. First, it is important to mention that chromium has more than one form and more than one source. “The current federal drinking water standard for total chromium is 0.1 mg/l or 100 ppb. Chromium-6 and chromium-3 are covered under the total chromium drinking-water standard because these forms of chromium can convert back and forth in water and in the human body, depending on environmental conditions. Measuring just one form may not capture all of the chromium that is present. In order to ensure that the greatest potential risk is addressed, EPA’s regulation assumes that a measurement of total chromium is 100 percent chromium-6, the more toxic form.” [3] It should also be noted that in a water system, ground contaminants cannot enter the system (unless there is corrosion or pipe damage).

What remains in question is how safe levels of contaminants like chromium are determined. In a short-term 2007 study, the National Toxicology Program (NTP) reported increased tissue growth and ulcers in the stomachs of rats when administered hexavalent chromium in drinking water, and low blood count and lesions in the intestinal lining in rats and mice over a three-month period. In 2008, the NTP released findings from a long-term study showing causality between hexavalent chromium ingestion and oral and stomach cancers in mice and rats when ingested over a two-year period. The test subjects were administered hexavalent chromium at levels exceeding the “safe” level for humans by weight. The question is, then, for vulnerable groups like developing fetuses, babies, children and immunocompromised citizens: Is any level truly safe over long periods of time?

The Jersey City Municipal Utilities Authority maintains that “to ensure the safety of our water, SUEZ monitors it before, during and after the treatment process. SUEZ uses coagulants and filters the water to remove impurities and microscopic particles before the water is disinfected. Lastly, SUEZ applies corrosion-control chemicals to reduce the chance of lead and copper dissolving in the water from household plumbing. SUEZ routinely tests the water at the rivers, lakes and streams that supply drinking water. The company samples and tests treated water to be 100 percent confident that it remains pure as it travels to homes. Since 2016, when the state and federal lead and copper guidelines were made more stringent, SUEZ has met its requirement to collect samples between June 1 and September 30 from single- and multi-family homes, as well as buildings constructed prior to 1986. Since this testing began, the lead levels in Jersey City have always exceeded the standards set by the EPA.” [4]

Still, this question is largely unanswered: How safe is long-term exposure of drinking-water contaminants even at low levels, and should the residents of Jersey City invest in water-filtration systems to eliminate exposure to contaminants not fully removed by the water-treatment plant? We reached out to the New Jersey Department of Environmental Protection (NJDEP), who could not immediately address the question of the discrepancy between the conflicting safety reports.

Sarah Graddy, Communications Director for the EWG, said that “legal does not necessarily mean safe.” When it comes to EWG safety standards, the latest science, health advisories and peer-reviewed research are used to determine low-risk levels, with public health at the forefront of their publications and safety standards. Graddy pointed me in the direction of this EWG document, which states: “Health guidelines listed in the EWG Tap Water Database represent the maximum concentration of a contaminant in water that scientists consider safe. This value is based only on protecting health and does not consider technical feasibility or the cost of water treatment. This table includes health guidelines published by federal or state health and environmental agencies, or developed by EWG scientists based on the best and most recent research.” [5] You can find more information on EWG water safety guidelines here, EWG methodology here and their most recent 2019 press release here.

Drinking-water standards set by the EPA must be complied with by local water systems. There are two categories of water standards: 1). national primary drinking-water regulations (NPDWR, or primary standard), which are legally enforceable due to the threat to public health, and 2). national secondary drinking-water regulations (NSDWR or secondary standard), which are not legally enforceable because they do not pose health risks (though they may cause cosmetic effects like skin/tooth discoloration, or affect the taste, odor or color of the water itself).

After reviewing potential health effects data, the EPA sets Maximum Contaminant Level Goals (MCLGs) based on the type of contaminant and reference dose (which is an estimate of the amount of a chemical that a person can be exposed to on a daily basis that is not anticipated to cause adverse health effects over a lifetime). [6] Once these are determined, the EPA sets an enforceable standard that local water systems must comply with.

We’ve seen the devastating effects of what can happen to residents whose water systems fail to comply with EPA standards (like Flint, Michigan; the state of New Hampshire; and our neighbor, Newark), which makes it even harder to ignore the mere thought of knowingly ingesting any detectable contaminants, at any level. Especially because, in regard to hexavalent chromium, the NTP concludes that “the long-term consequences of exposure to these compounds in drinking water sources were uncertain.” [7]

We reached out to NYU Langone and local practitioners to ask medical professionals to weigh in about contaminant exposure in general and whether it is advisable to filter tap water that contains contaminants classified as “safe,” and have yet to receive an official comment.

The bottom line in this report is that the discrepancies in water-safety standards between the EPA and EWG—both influential organizations-—are an understandable cause for scrutiny. From a consumer standpoint, where there are questions pertaining to health, it is in our best interest to make some phone calls and ask pointed questions. While we cannot officially advise you one way or the other, we do encourage you to research this topic further, as you are responsible for your health and making informed decisions for yourself and your families.

*Residents can reach out to water-testing labs to conduct their own in-home water test, if there is ever a question about your water quality, though Soto reiterates that residents can find all preliminary reports in the Drinking Water Watch public database.