Jersey City resident Erin Murray Quinlan is a playwright, composer and lyricist who just made her Off-Broadway debut with a show entitled “God Save Queen Pam.” Described as “a screwball musical comedy here to remind you what joy feels like,” the performance took place at The Players Theater in the West Village. But most of the cast – and the show’s inspiration – came from the other side of the Hudson River.

Erin has lived in Jersey City Heights for two years now, along with her husband Evan, who also appeared in the show. Jersey City singer/songwriter Carolyn Light was one of the leads, and Hoboken resident Mari Minette Linder played the antagonist. I recently had the opportunity to chat with Erin about her work, and her experiences through the run of the show. 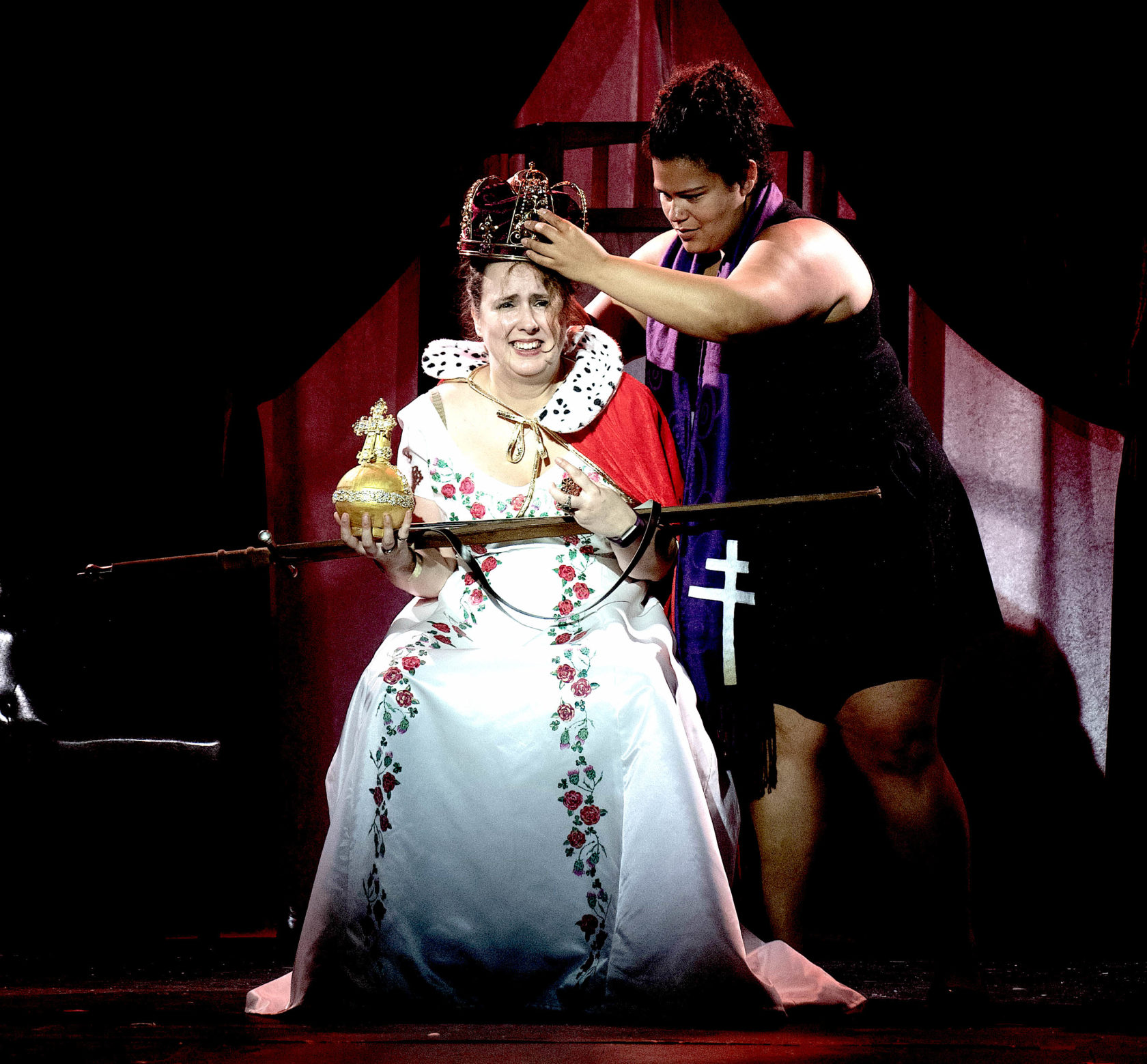 The storyline of “God Save Queen Pam” is that the entire British royal family dies out, and a bartender from Secaucus – the only living heir – becomes the Queen of England. It’s a purposefully ridiculous and unapologetic play, which Erin was inspired to create because she “was just trying to find something to watch that didn’t mention Donald Trump.”

Erin intentionally left politics out of the plot, although that’s not to say that she ignored it entirely, as the play was somewhat of a fantasy about a ruler who isn’t good at her job and ultimately steps down because of it. But at its heart, “God Saves Queen Pam” is all about fun, silliness and laugher. Says Erin, “there are not enough musicals that are just stupid and funny and you can just enjoy yourself. I wanted to contribute some positivity.” 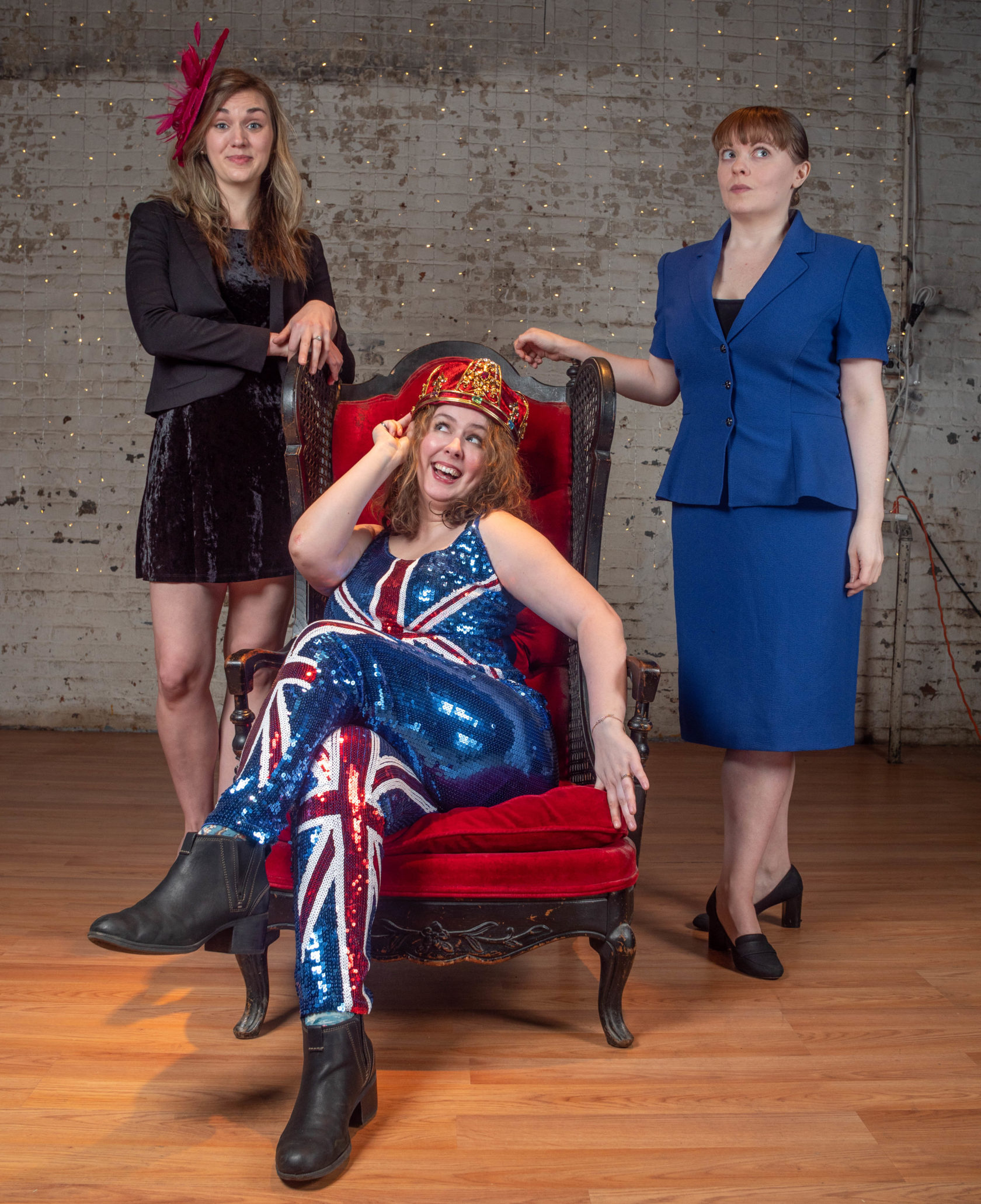 Besides a desire to provide a much-needed break from the existential despair of American politics, Erin was also interested in writing female characters in a new way. Rather than starring women who are either beautiful players in a love story, or are comedic in a self-deprecating way, she wanted to write a character that just happens to be a woman. “We have Melissa McCarthy, who’s hilarious, but she has to wear all the makeup, or it has to be all about fat jokes,” says Erin, “I just wanted to write a character that you would see Will Ferrell or John Belushi play, or any average-looking guy who gets to star in a show.”

She’s been met with some resistance. When she was working on a draft of the show, Erin says she was told, “make this character a man, and it will be funnier.” One reviewer lamented the fact that Broadway shows are beginning to be geared towards young women – an unfortunate complaint considering women comprise 66% percent of Broadway audiences, according to the Broadway League. Erin says, “There are a lot of gatekeepers in this business.” 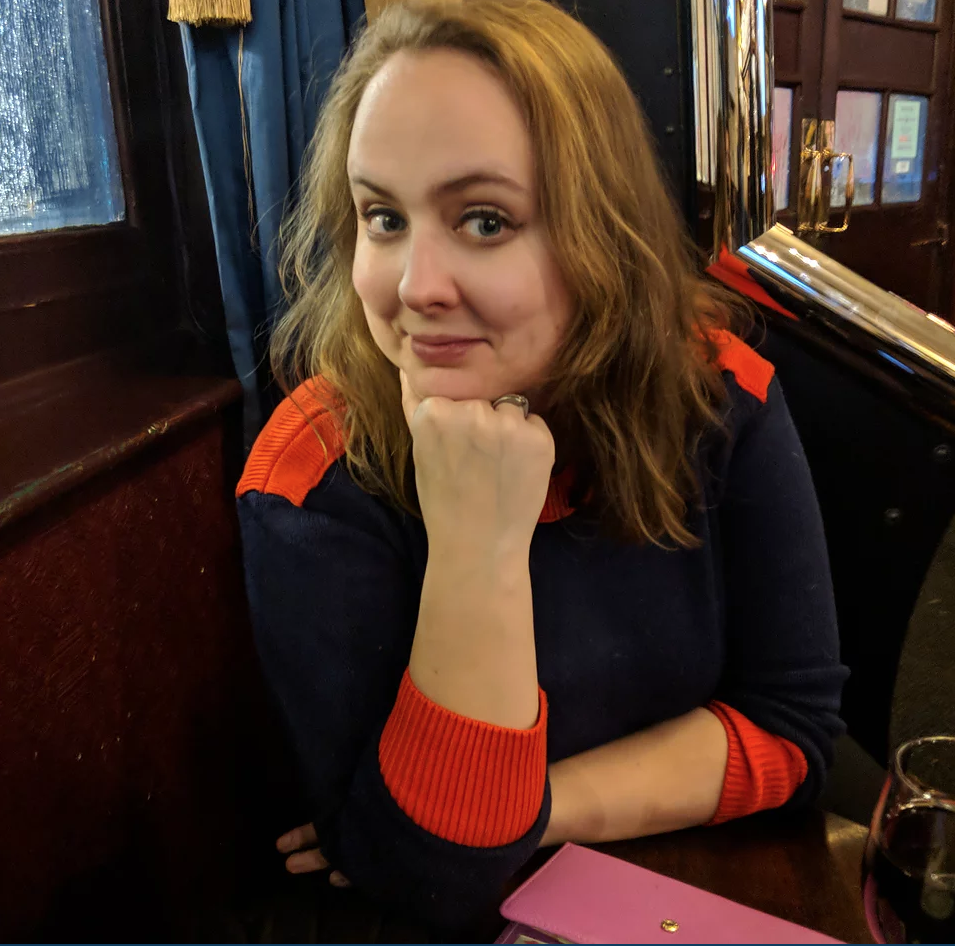 “God Save Queen Pam” had a successful Off-Broadway run in spite of it all, and Erin is proud of all that it accomplished: “I want women to see these three wackadoodle characters on stage who just happen to be women. It’s not about a love story and all of the jokes aren’t about eating ice cream and having your period. We need more of that, and I’m glad to be part of getting that out there, even if it is a little bit silly.”

To learn more about Erin Murray Quinlan and her work, click here.