Where do I begin? The moment I heard about the shooting or the moment I realized it was a mass shooting? I won’t lie, I’m writing this on a Friday night after another vigil and I’m still processing. I’m processing that the city that raised me had a mass shooting. It doesn’t feel real yet.

I’ll actually begin a few months back – August, when I protested in front of the White House after the El Paso shooting. If you don’t already know, I co-run the Hudson County chapter for Students Demand Action alongside Jai Patel. Emphasis on “chapter” because there’s a bunch of groups throughout the country. Once a year, we all meet up at a conference we call Gun Sense University. This year, it was held in Washington, DC. 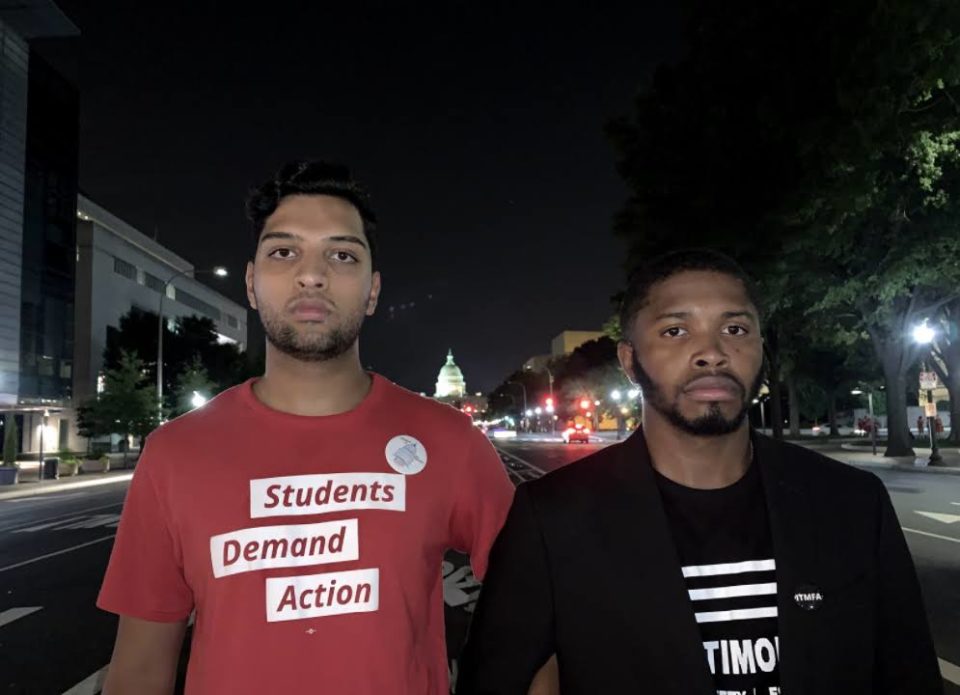 I didn’t fully understand what activism was until I attended that conference. To see the way people react to the El Paso shooting because they literally survived a bullet or lost someone they love to one is heartbreaking. Truly something I can’t forget. It’s part of the reason why I won’t stop fighting against gun violence. Jai and Joshua Turner (co-lead of the Baltimore Chapter) saw the heartbreak in everyone and decided to do something about it. Long story and 4 hours short: They organized a march from the White House to Trump Tower. We almost arrived at the capital, but we heard that they were arresting people there and we didn’t want to get arrested, so we went back to the hotel. Point is, we went to the White House and demanded change. We shouted victims’ names, people who lost their lives to gun violence. We demanded safer laws that are currently sitting in the White House and waiting to be passed. Yet here we are, days after another mass shooting in Jersey City. This is the 394th mass shooting in 2019. 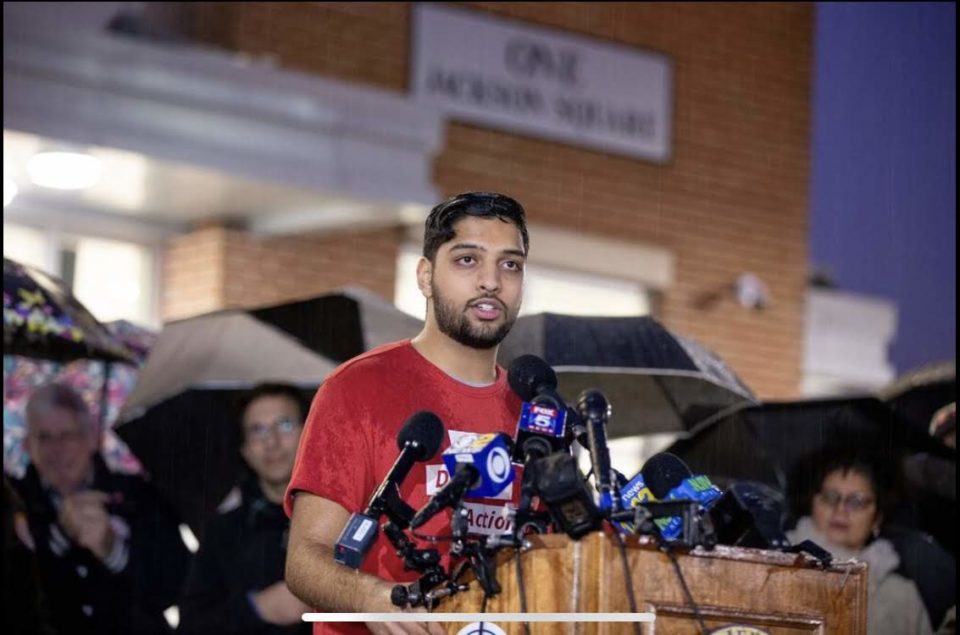 Back to December 10th. I won’t repeat the details of that horrible event because we all saw the news. One thing that is clear is that this wasn’t just another shooting on the Southside of the city. This was a hate crime against the Hasidic Jews. Not only was the crime anti-Semitic, but it was anti-law enforcement. One can’t shoot an officer by accident. My heart goes out to the victims and their families. Detective Joseph Seals, Mindy Ferencz, Moshe Deutsch, and Douglas Miguel Rodriguez. I don’t need to say the criminals’ names because they don’t need to be remembered. Although I live in Greenville, I wasn’t there when the shooting occurred. I was in Downtown, aiding in a college tour of NJCU’s School of Business. Jai informed me of the active shooting and I immediately called my parents to make sure they were okay. They were and I told them to pick up my sister out of school before the shooting got any worse. As much as they wanted to, her school was on lockdown. The main NJCU campus and all of Greenville were on lockdown until the shooting was over. My boss and my co-workers sat in a restaurant until we could return to campus. We sat and waited, watching the news unfold. I did feel triggered after being present for the Newport Centre Mall shooting, but I kept calm. Mainly because I had to. As a co-leader, I wanted to make sure the team and my loved ones in Greenville were okay.

Vigils, ceremonies, and fundraisers would soon sweep across the city for the victims and their families. The entire city was wearing a heavy heart. Of course, Students Demand Action was going to have a vigil. Jai is a one-man show when it comes to organizing vigils, rallies, and marches. The only role I played was taking pictures. NJCU had a vigil and I gave a few words there. There is a time and place for certain things to be said. Normally, I’d speak on how now is the time to change the gun laws nationwide. However, in front of people that are mourning the loss of their loved ones, that’s not the place for that speech. I spoke on how I was raised in Greenville, Jersey City and I am a mixed Muslim woman and I never ever had any racist encounters. I feel like we keep on hearing, “Jersey City is the most diverse in the country” but we’re not all acknowledging what exactly that means. That means if I did live 10 minutes away in New York City, I would encounter racism. I might not be able to live next to someone that looks nothing like me because it isn’t socially accepted. There are places in New Jersey that don’t make their residents feel comfortable because they’re not inclusive and don’t try to be. Jersey City has something that no other city has. Organic love. 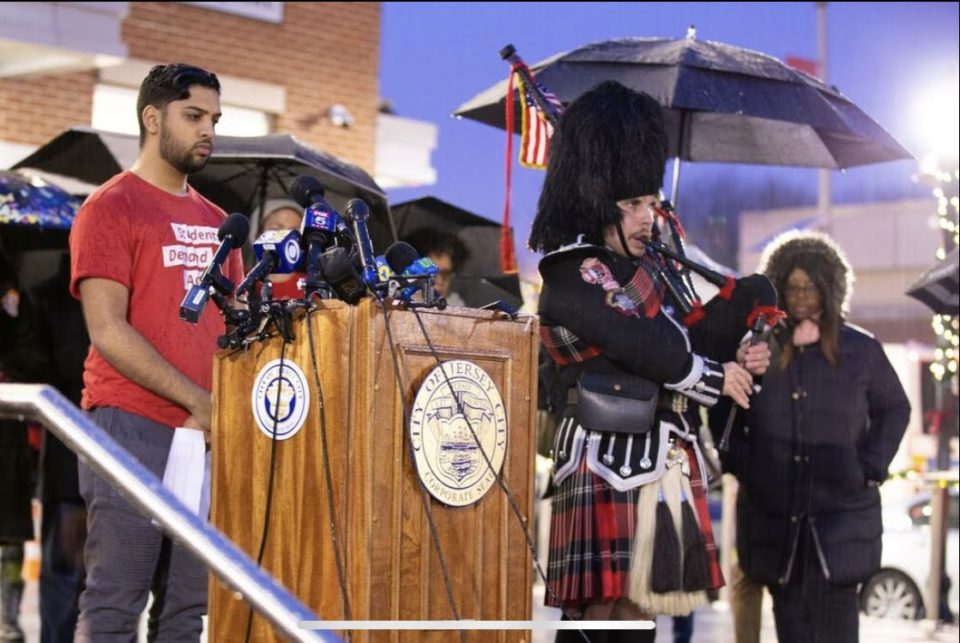 Not only is Jersey City the most diverse, but NJCU is a reflection of that. With the study abroad programs, I’ve met students from India, Jordan, and other parts of the world. College opened my eyes by meeting people who aren’t from immigrant parents, but immigrants themselves. Believe it or not, racism is much more alive in schools. In Syracuse University, there have been reports of racist graffiti and harassment towards students of color. Imagine paying money to an institution that doesn’t even respect you? I’m thankful to be raised in Jersey City and attend NJCU. 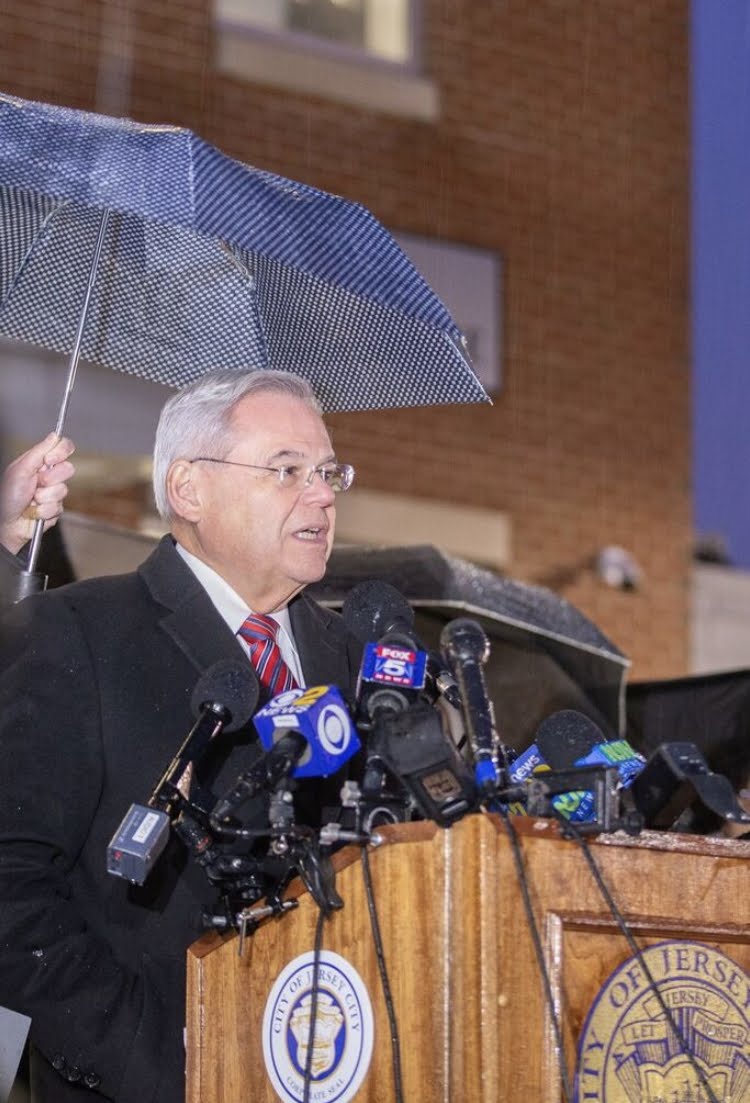 Throughout the week, there’d also be press conferences, hearings, and open meetings with the Governor Phil Murphy and Mayor Steven Fulop. I’m proud of our political leaders for not sugar coating what this crime was – a hate crime. When I say that there is a time and place for things to be said, I’m talking out of respect for those who are still grieving. The Jewish community was attacked. I’m saying this generally because I’m hearing politicians and residents bring up other mass shootings and locals shootings. I’m not saying that those discussions aren’t important. I’m saying in a room full of people that are grieving over their lost ones, people shouldn’t bring up other hate crimes when we just had one. What that does is lessen the validation of what other people are currently going through. It’s disrespectful and wrong. Most definitely, no one should be bringing up gentrification. I understand it’s frustrating; however, don’t make the Jewish community feel responsible for what just happened to them. America was built on immigrants. They’re supposed to be here. Without them, Jersey City wouldn’t be as diverse.

We are Jersey City. We are diverse because we know what love and respect is. We may not be perfect, but we are a loving community. Don’t turn on each other now. Don’t let this one act of terror make you look at your community differently. If you do, you’re letting the hatred win. Let love win. 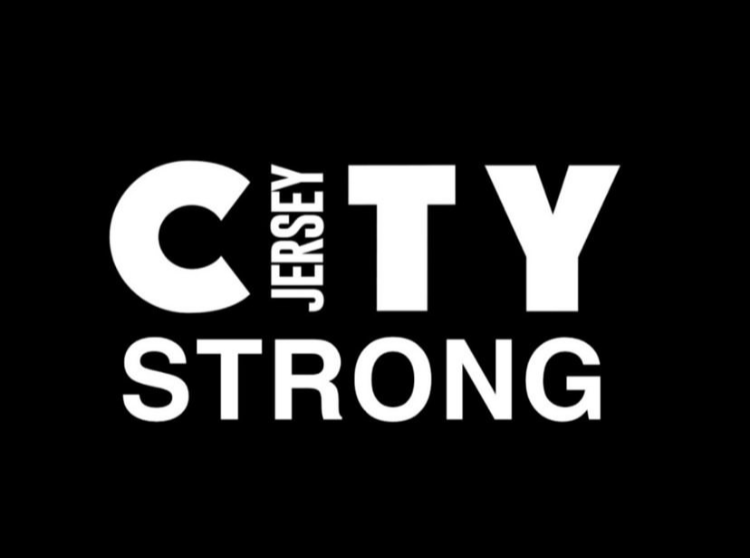