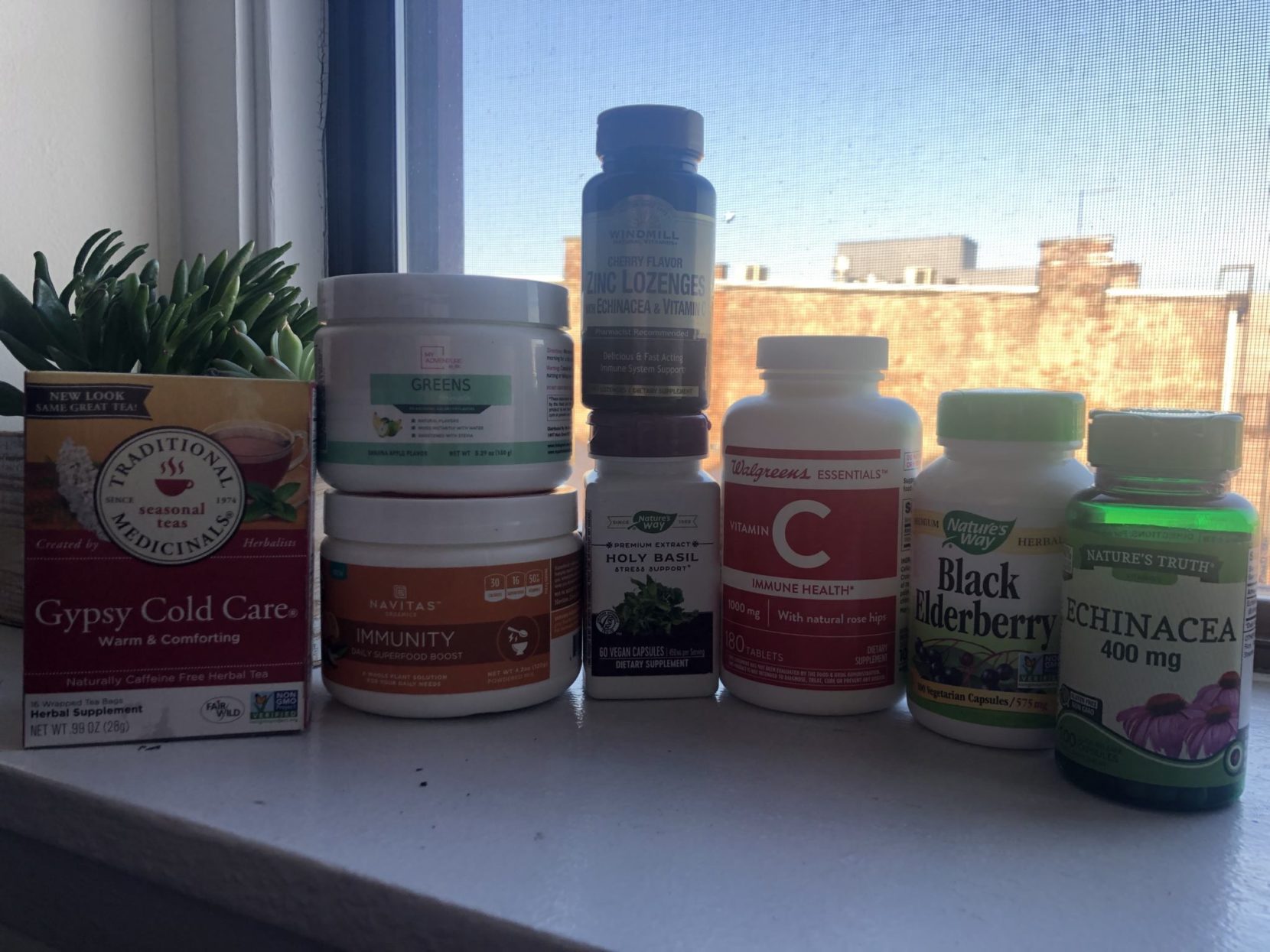 My friend and I met for some casual drinks and snacks at a downtown JC restaurant on March 7 and discussed our upcoming weekend trip to Austin, TX that was supposed to happen that following week. On Tuesday, March 10, I started to feel a little bit of a scratchy sensation in my throat. I didn’t think anything of it because this wasn’t uncommon, and I figured some hot tea would make it go away in no time. On Wednesday, March 11, I woke up with what I can only best describe as a “heavy” head – I felt dizzy when I got up; although I wasn’t congested, my sinuses felt swollen and sore in a strange way I had never quite felt before. That’s when I knew I was coming down with something, but I told myself “maybe it’s just allergies” (even though I had never had seasonal allergies before) or “maybe it’s just a cold” (even though I had never experienced this strange type of sinus soreness before).

Thankfully, the company I work for provides unlimited sick leave and I am a remote worker, so I did not have to wrestle with the decision of going into work sick. That day, I texted my friend who I had seen the previous weekend and told her I was feeling under the weather and I will probably bail on the Austin trip. We joked saying, “Well if you cough, they’ll probably turn the plane around anyway because they will think you have COVID-19.” She mentioned she was also feeling under the weather. We discussed our symptoms and they were basically exactly the same. My boyfriend insisted on coming over with hot soup, lemons, honey, etc and he was not afraid of getting infected.

I want to caveat this next point by saying that I’m a pharmacist and I basically interpret and discuss clinical studies for a living. I know that clinical studies are important when establishing the safety and effectiveness of any medication. But I also know that studies are expensive, and unless someone is incentivized to study a particular molecule, it’s just not going to happen. There are limited anecdotal and small-scale studies on vitamins and herbal remedies for boosting your immune system and fighting off viral and bacterial infections. By this point in my sickness, I knew these symptoms were very unique for me, so in the back of my mind I thought, “Well, what if I do have COVID-19?’ I weighed the potential risks (limited) and benefits (unknown but maybe they exist) of taking a vitamin and herbal remedy cocktail to bolster my immune system. I started taking a ton of Vitamin C, echinacea, elderberry, zinc (only effective in lozenge form), and holy basil. I also took my regular multivitamins, regular greens supplement, and added an “immunity boosting” dissolving powder drink to the many liters of water I was already drinking.

By the third day of my sickness, I felt very cold and had chills. Turns out, I had a fever of 101. All I wanted to do was sleep. I got dizzy when I got out of bed. I also started coughing, but it wasn’t the chesty cough you see described in the news reports related to COVID-19. It was just a mild cough almost certainly brought on by a tickle in my throat, not my lungs. I called my primary care doctor and detailed my symptoms, they said there was no way they could test me for COVID-19 because I hadn’t traveled to a level 3 country recently, I hadn’t been in direct contact with a COVID-19 patient, and I wasn’t short of breath. Fair enough, I knew there was a test kit shortage and that sicker people will need them, so I continued resting and taking my vitamin and supplement cocktail. I also had my boyfriend start taking it because I knew I probably infected him before my symptoms showed up, and I was extra worried about him because he has type 1 diabetes and, although it’s well controlled, it does mean that he is technically immunocompromised.

By the fourth day, my head still felt heavy and dizzy, but I no longer had a fever and I was feeling less fatigued. My eyes and sinuses felt extremely dry and sore, even while running my shower. I also realized on this day that I had absolutely no sense of smell. I started feverishly googling to see if that could be a symptom of COVID-19, and I found a few reports that mentioned anosmia (loss of sense of smell) as a COVID-19 symptom. However, I also found it as a common symptom for regular sinusitis, so I was still questioning whether I had it. My boyfriend started complaining of a mild headache and a “heavy head.”

By the fifth day, I felt like the fog was clearing. I still felt fatigued, my eyes and sinuses still felt dry, but I could tell I was feeling better. My boyfriend started feeling very cold and shivering, while also profusely sweating. We took his temperature, it was 101.3 F. I gave him some Tylenol and he slept it off. He would continue to sweat profusely for the next few nights, but no more fever. He developed a chesty cough, but no shortness of breath either, so we knew getting tested would be impossible. We both continued taking the vitamin cocktail (by this time nicknamed “the Covid Cocktail”) and resting. Thankfully, he got over his sickness very quickly. By day 4 of his sickness, he was no longer fatigued or had a “heavy head.” He was still coughing a bit, but it was noticeably less.

Overall, it took me about 14 days to completely feel recovered, and for my boyfriend about 7 days. I still can’t smell anything, but other than that we are both feeling good. When we were both feeling ok and basically recovered, my friend (the one who I had drinks with at the beginning of this story) called me. She described going to an urgent care a few days prior to get a flu test and strep test done. Both came back negative, but the lab decided to test all negative samples for COVID-19. She tested positive. She called me to let me know that I was probably positive too, given that we had the same symptom progression and both tried each other’s drinks at the restaurant the weekend before we got sick.

We were all very lucky that our courses were mild. There is no way to predict how a person’s immune system will respond to this virus. There is no magic pill that you can take that will cure it. With most viral infections, all we have in medicine is supportive therapy. I have no way of knowing if the “Covid Cocktail” worked, or if we would have responded the same way without it. I just wanted to share our story of a milder version of this illness. The news is very scary right now, and I felt it was important to provide a slightly different narrative than what dominates the headlines. That said, please stay inside and continue to practice social distancing. A mild illness for me or you may mean a death sentence for somebody else.