On January 25th, Hudson Montessori School held its annual School Maker Faire, the only one in New Jersey! Students gathered to showcase what they’ve made to their families and friends, from video games to clothing fabrication. Every year, we attend the School Maker Faire in awe of the incredible projects students make through the STEAM programs at Hudson Montessori School. Each classroom was filled with students and their projects, each one as impressive as the next.

The highlighted Maker categories include engineering, coding, and robotics with Lower and Upper Elementary students. Eight-year-old, Ryan created a balloon-powered plane in order to highlight Newton’s Third Law of Motion. 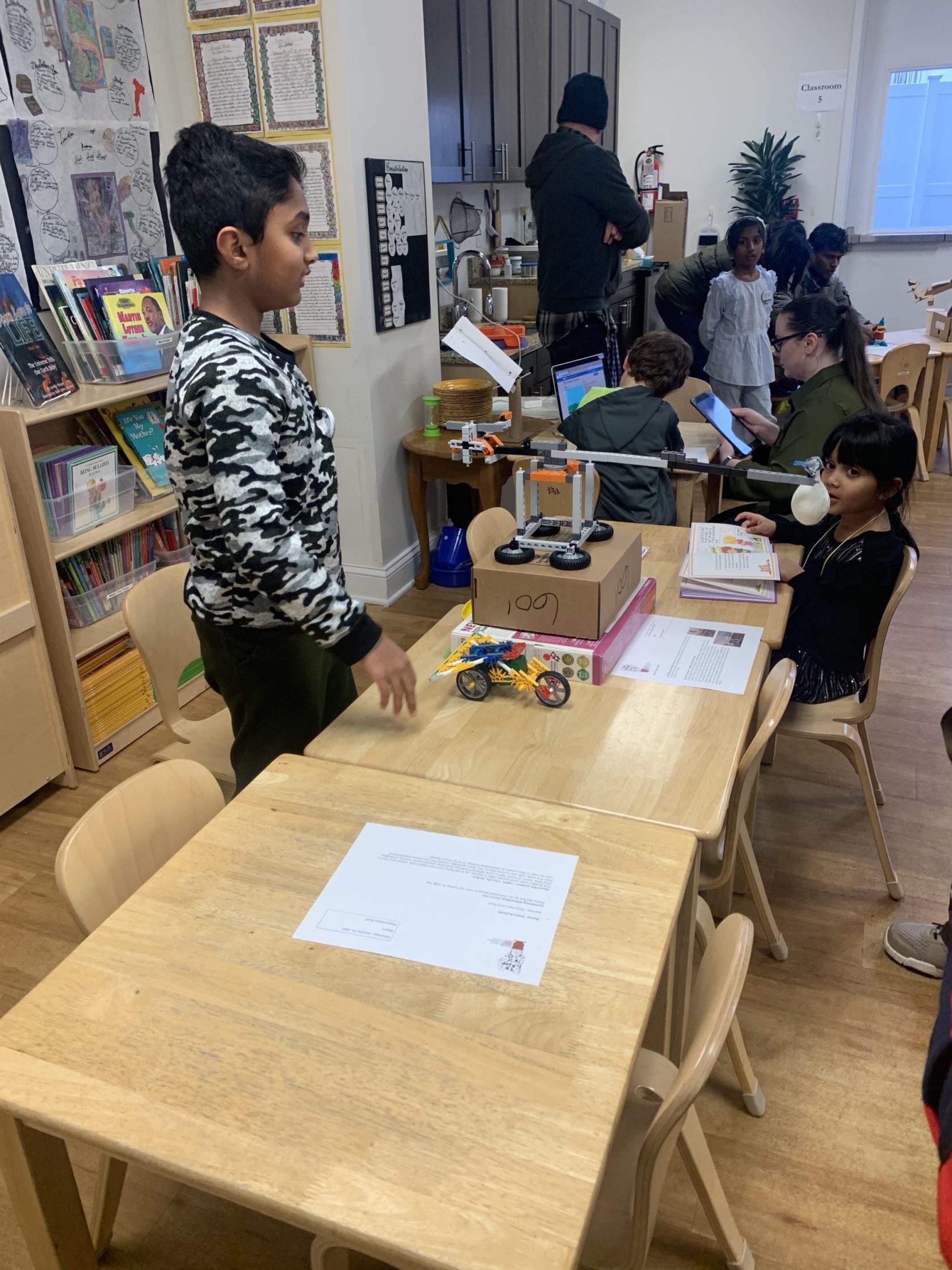 Another student, Sana, used materials in order to show how electricity can be conducted through items like salt, lime juice, and water. 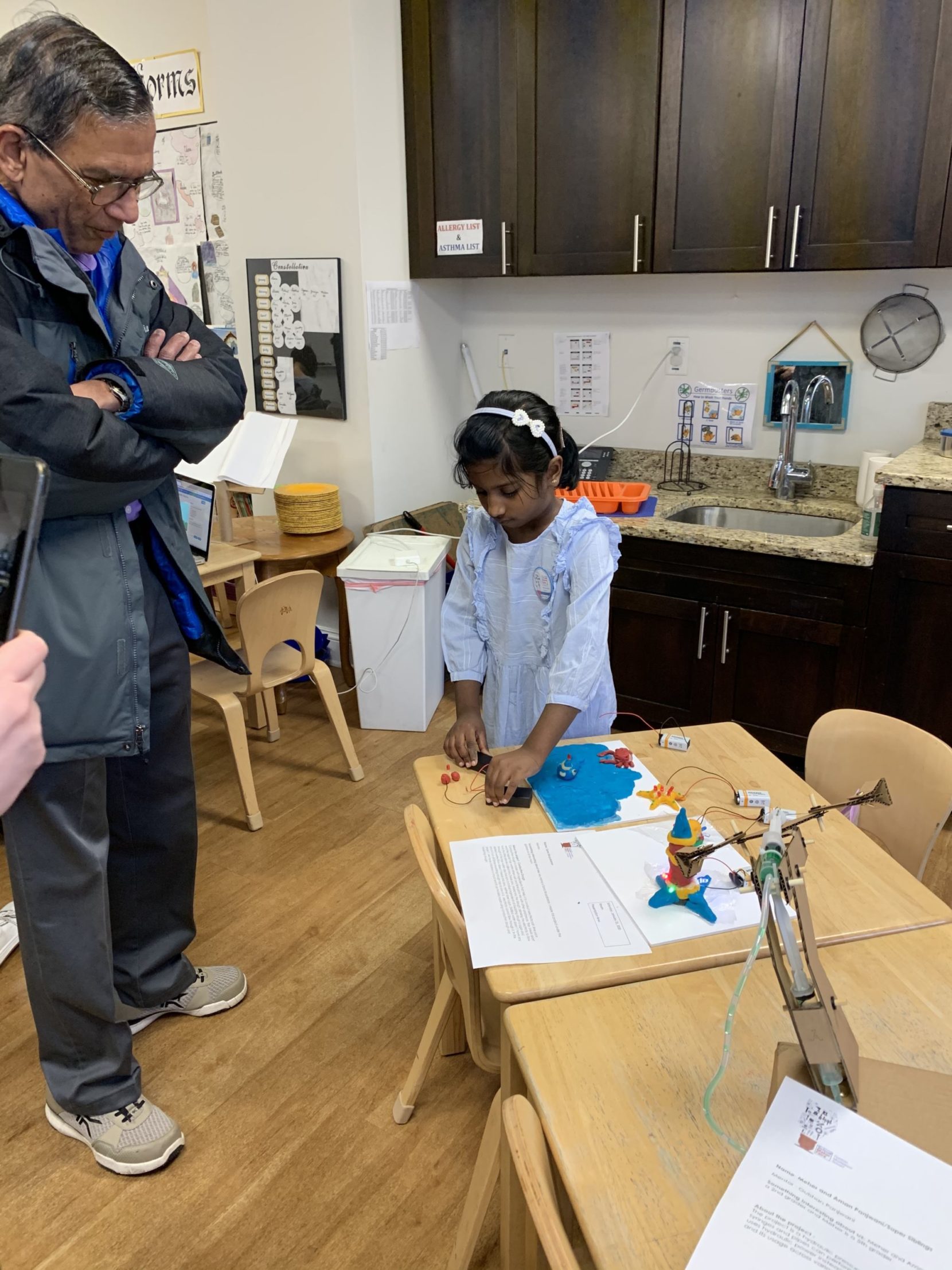 Another Maker area had a strong focus on computer games. One pairing of students created a Disney-inspired game, and another student created a Dueling Wizards game inspired by Harry Potter. Walking around the classroom and talking to the students, it was incredible to hear children explain how quickly they were able to put together their projects through coding and animations. Arushi showcased her “Rasberry Pi” coding skills; no it is not food, but rather a credit card size microcomputer! 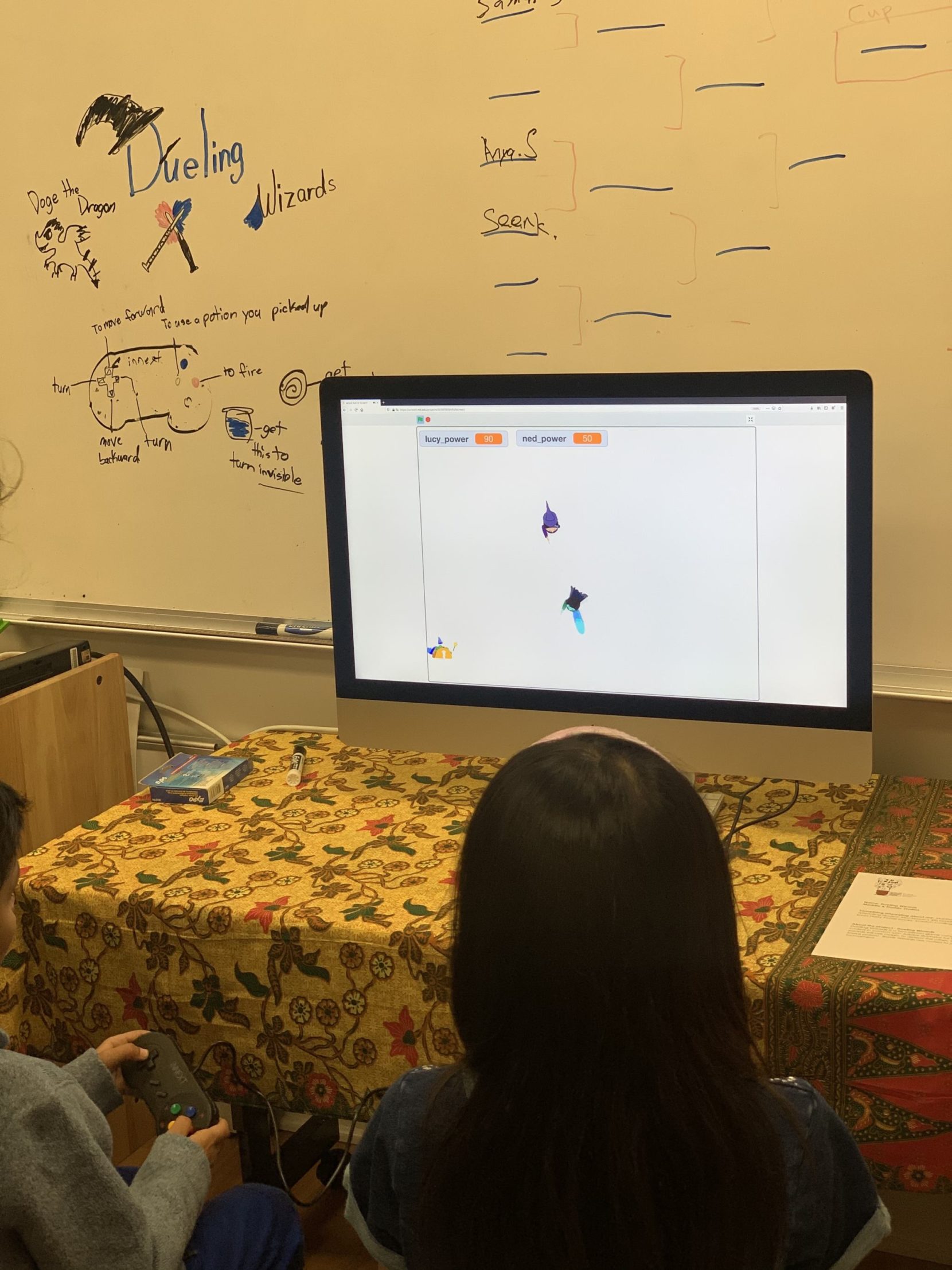 In Matters of the Arts and Sciences, the Maker area included projects with artistic elements. Upon walking in, there was a station to create soy candles run by first grader student Indira and her mother Rucha. They decided to use soy for their candles’ base to highlight an eco-friendly option. 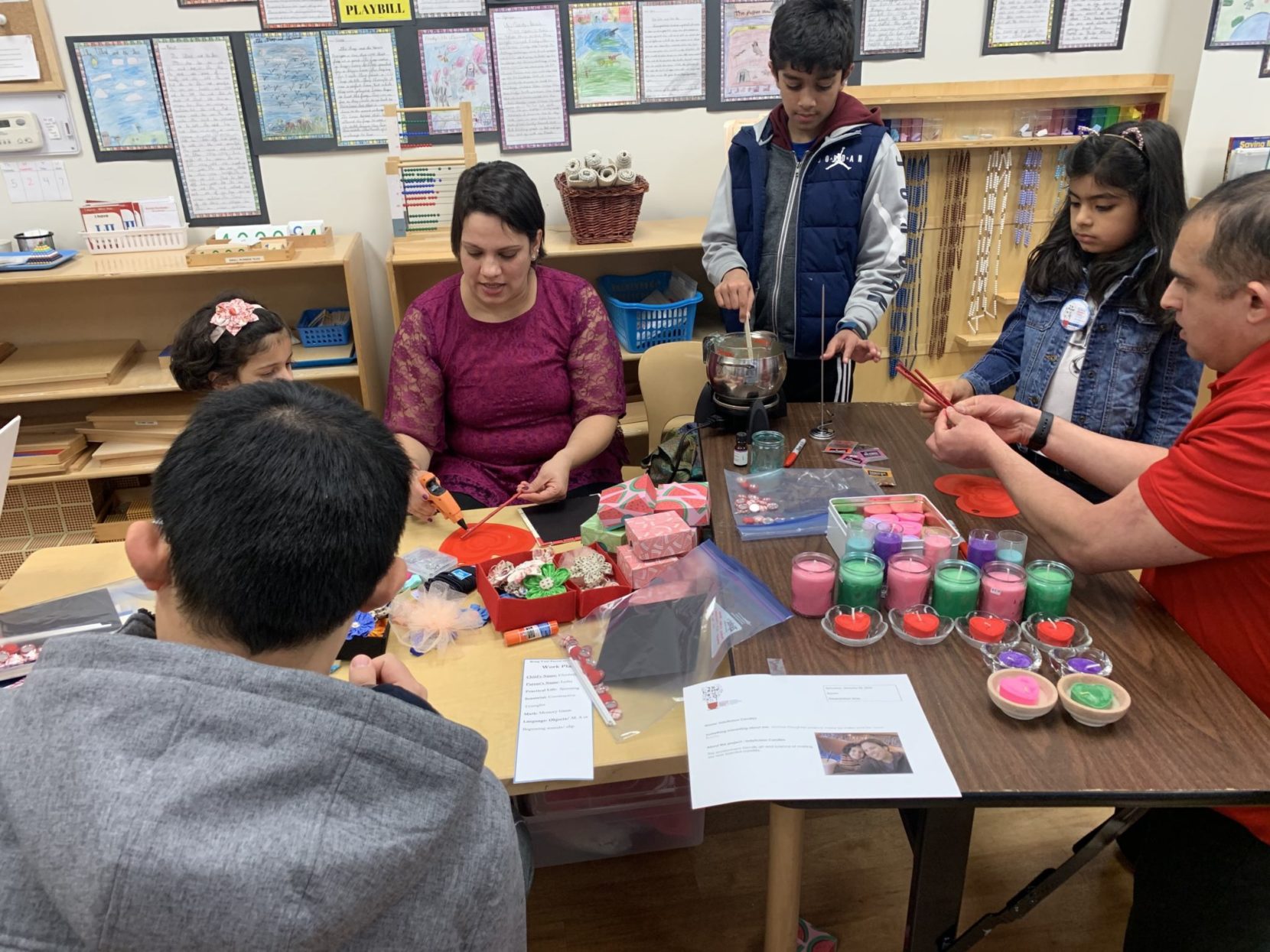 We even had the chance to play pinball on student Zach’s project. He was inspired by the pinball machines he saw at the Maker Faire in New York and created his own machine with a cardboard base and fidget spinners. 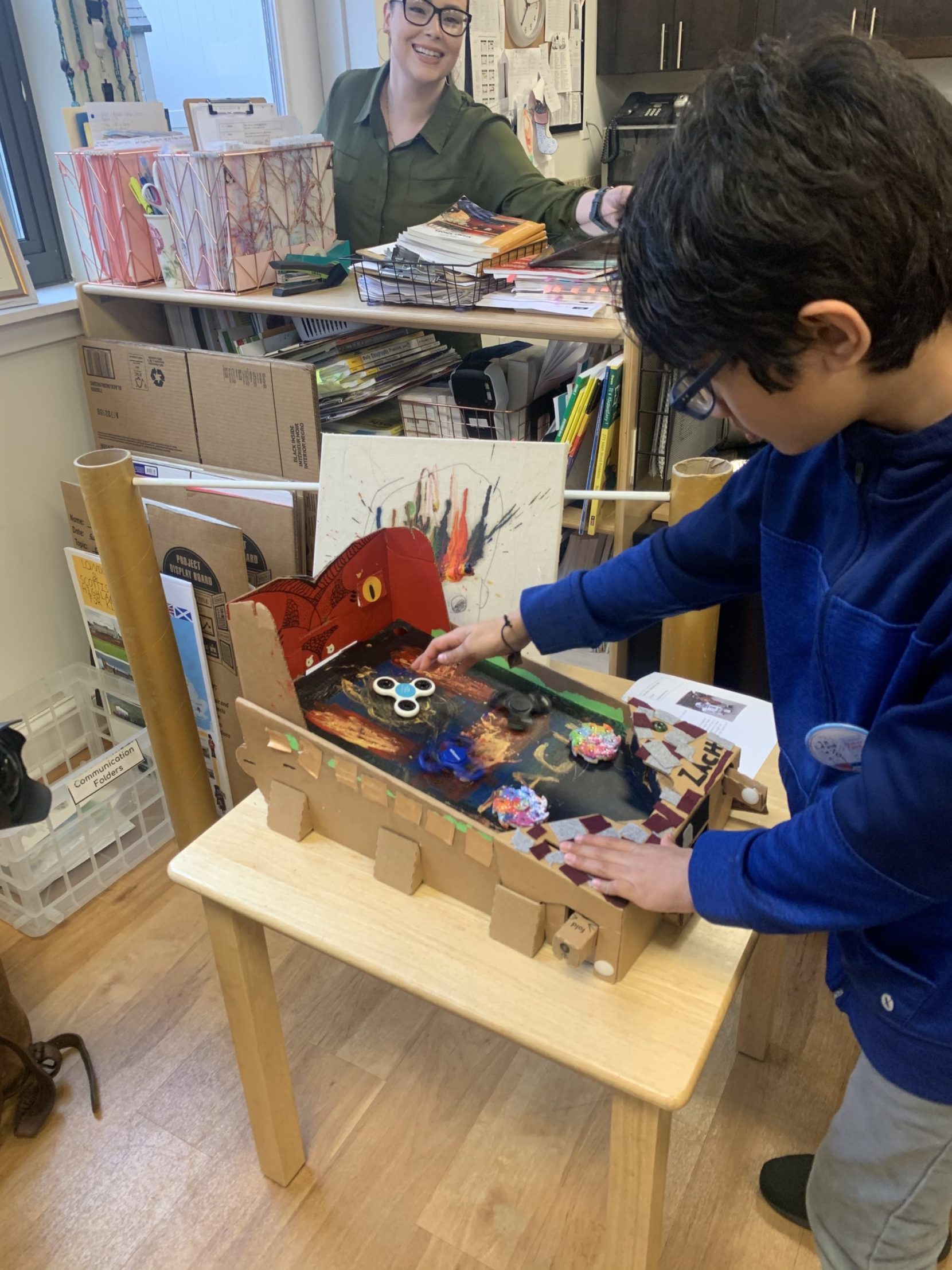 Toward the middle of the day, everyone gathered in the Comet classroom for “Maker Talks,” where students led presentations about their project and what inspired them. Hearing the students speak was inspiring, especially since they all had the freedom to choose what they wanted to develop for the Maker Faire. 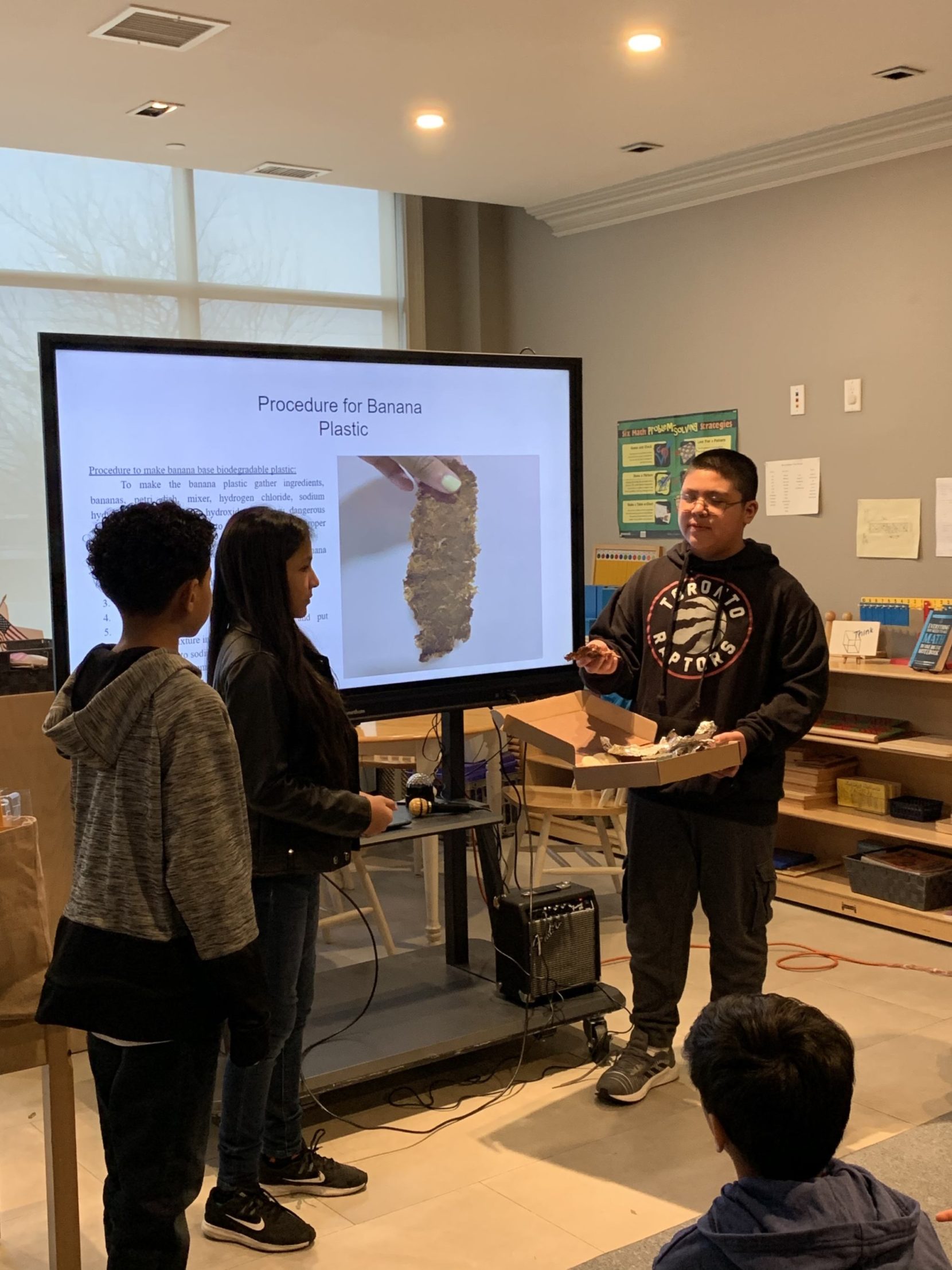 From head massagers to CRISPR protein models, the students put a lot of effort behind their work. There were even live performances by Ziva who played “60s swing” by Evelien Vis, and a dance performance by the legendary “Michael Jackson” portrayed by Anish. 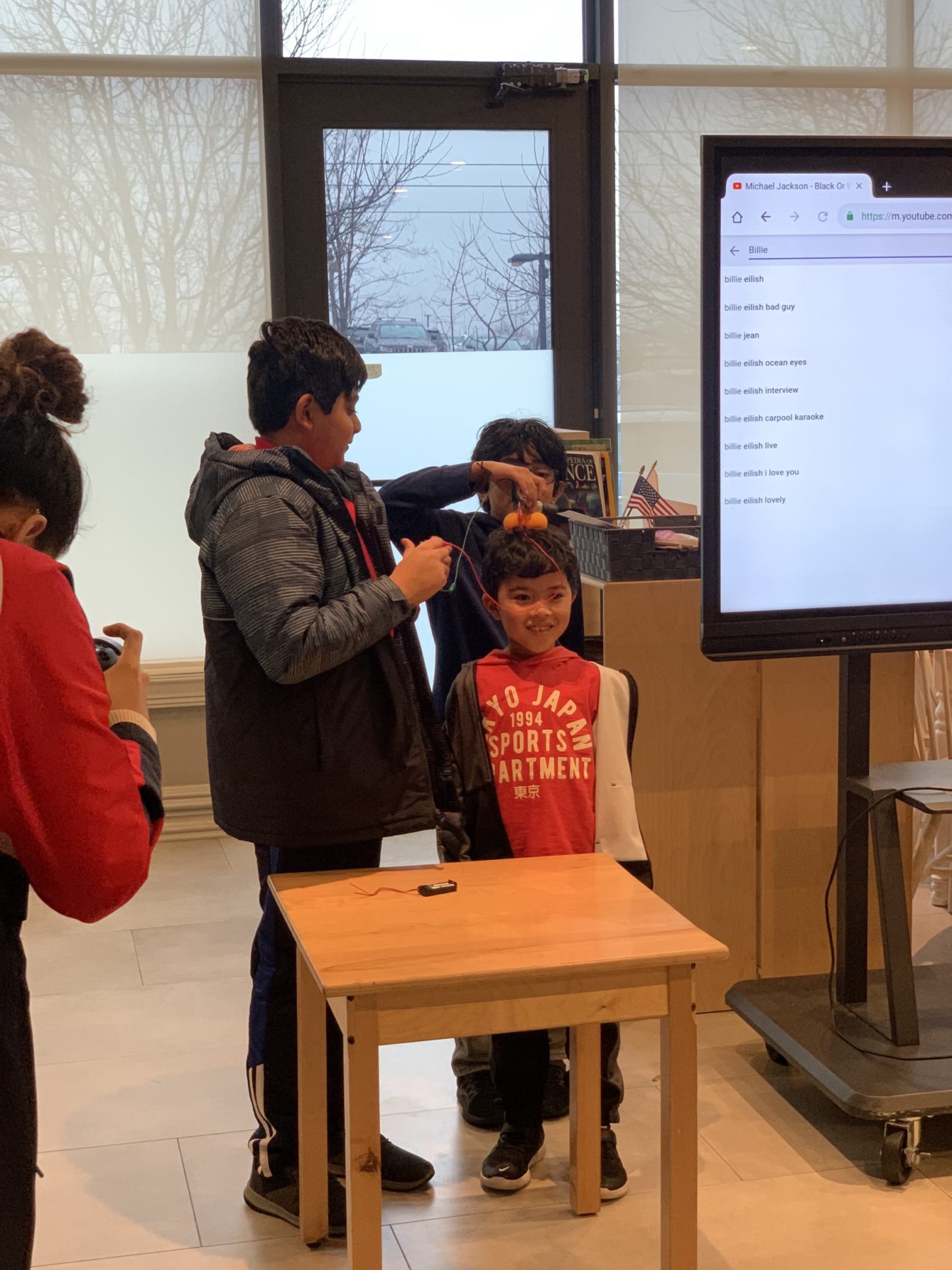 It’s always a pleasure to see how Hudson Montessori School’s programs truly encourage the students to learn and create! Everyone’s a maker, no matter how young.