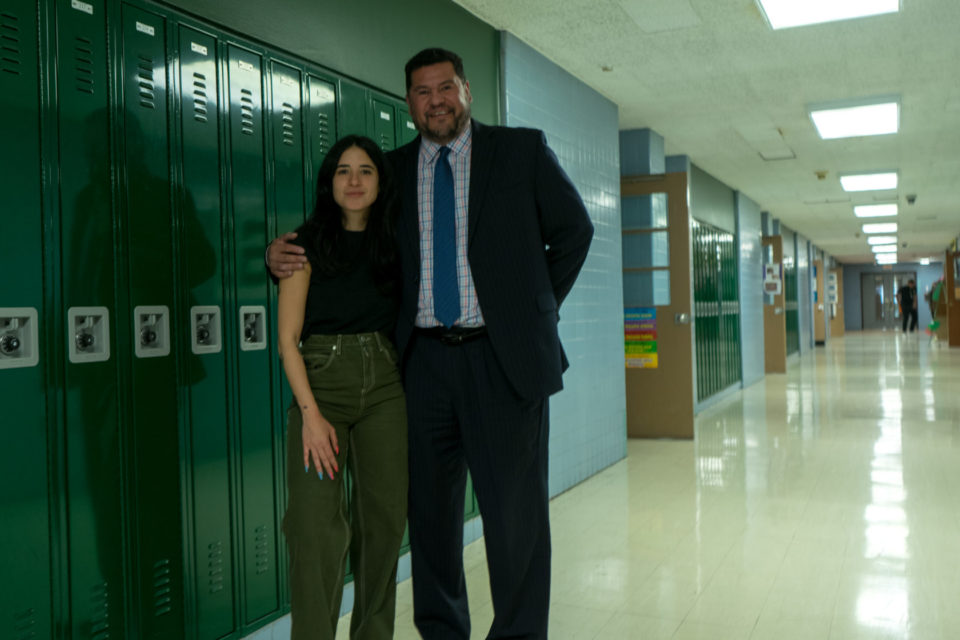 This Saturday, May 18th, Ferris High School will be celebrating their 50th anniversary. To help spread the word about this momentous occasion they invited me to tour the school and speak to their Principal and Ferris HS Alumni, Jaime Morales. They also gave me a chance to speak to the students about Content Creators Academy and recruit them for the fall (talk about killing two birds with one stone)

So how many years total?

Over 100 years. On this site, it’ll be 50 years and on May 18th, we’re making a big community event inviting community members, graduates, and former faculty members to come celebrate this milestone. What we have planned so far on our beautiful field is a bouncy house, an inflatable obstacle course, a water dunk machine. They’ll probably want to dunk me first! It’s all fun. We’ll have carnival-type games, no rides but games that you’d find along the boardwalk. Inside the building, we’ll have a band, a choir, and then drama with a skit.

What we envision is, typically when we go with our families or friends to an amusement park, you pick up a map and try to decide if you should go left, go right, or straight ahead. That’s what we’re looking to have here. There’s activities inside as well as outside.

And it’s for the whole community?

Yes, it’s for the whole community. We have received donations from faculty members who are now retired. About 2-3 weeks, my athletic trainer picked up the main office phone at 4:30PM and the great granddaughter of James J Ferris called. We assumed she knew about our event coming up. She said, “No, but I’m actually calling to see if I can speak to the principal. I would like to create a fund for the school and the arts.” I had a conversation with her – Kathleen, in the state of Nevada – and she shared that she wanted to honor her father. She and her husband don’t have children and they wanted to give back by donating to this school. We’re excited about that. We’ve been promoting our event through social media and getting a lot of positive excitement. Just before speaking to you, I spoke to the East District police department to make them aware of it and they were excited about it. I asked if they could have the police department, and especially any Ferris graduates, maybe come set up a table and talk about what the Jersey City Police Department is trying to do for this community, maybe give out some trinkets. There’s a lot happening.

It’s exciting, this is something special. We’re thanking the community for the support and they get to see what we do on our day to day. They’ll also get to see Ferris memorabilia. We have some old uniforms. It’s interesting, we recently showed a film to our faculty and students of the decades and you can see through the yearbooks how the school has changed. Even the sports and clubs that existed back in the 1970s no longer exist today. In 1994, the yearbook had a purple cover. We’re green and gold with white, so where’d the purple come from? We happened to look at the pages and in 1994, it was the 25th anniversary of the school and the students wrote was in existence in 1969 and what existed in 1994. I shared it with our yearbook advisor because it’d be interesting to follow that and create a page in our current yearbook with what happened in 1969, 1994, and 2019. You can see how technology has changed, clothes have changed. There were no cell phones back then, movies and music were different. We want former graduates to say, “Wow, I graduated in 1983, let’s go back and visit.” We hope that by the end of it, it’ll be like a reunion. 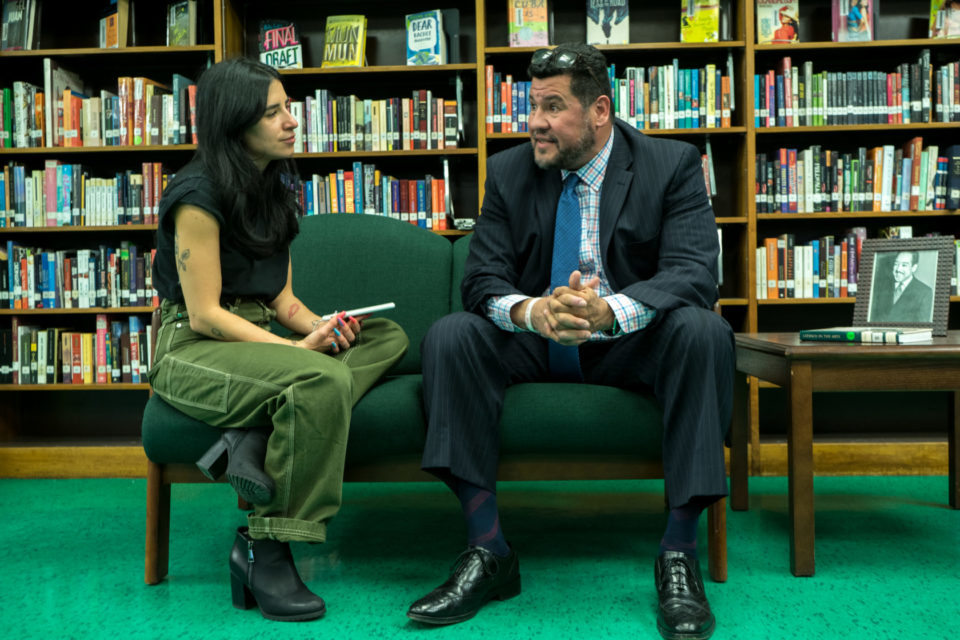 Are there any notable people who graduated Ferris?

I will say, our superintendent Mr. Franklin Walker himself graduated in 1970. He’s invited to come and open our celebration. What we’re also doing on our May 18 celebration is bringing our incoming freshman class. At 10AM, we’ll have a special program for them in the auditorium. They’ll be the class of 2023, they’ll get to see the rich history this school. We want them to be proud to be a Bulldog (our mascot), be proud of being a Jersey City Public School student, and know that this school has history. I myself graduated in 1985 and now I’m the proud principal of the school. As a student, I never even thought about getting into education.

Did you ever think you’d be principal one day?

Were you ever called to the principal’s office?

No, I was called into the Dean’s office but, believe it or not, there was another Jaime Morales and he had a habit of cutting and I was in class. The Dean of Students called me down and started talking to me, and I finally told him it was a mix-up and that was the first time that ever happened to me.

You got into trouble and it wasn’t even you.

Yes, yes. I was a baseball player here and I like to share that with the students. I walked the halls of Ferris High School. Different times, but kind of the same thing – urban student trying to figure out, “What am I going to do?” I take pride in telling the students, “It doesn’t matter where you came from, it’s your attitude to try to be successful. You have a faculty here that’s going to support you. Throughout the building, many sections are dedicated to and named after former faculty members. Faculty members themselves see this one individual, a colleague who stands out, and it’s a process we go about to name the particular area. About 9 years ago, our courtyard downstairs was named after a former Language Arts teacher. 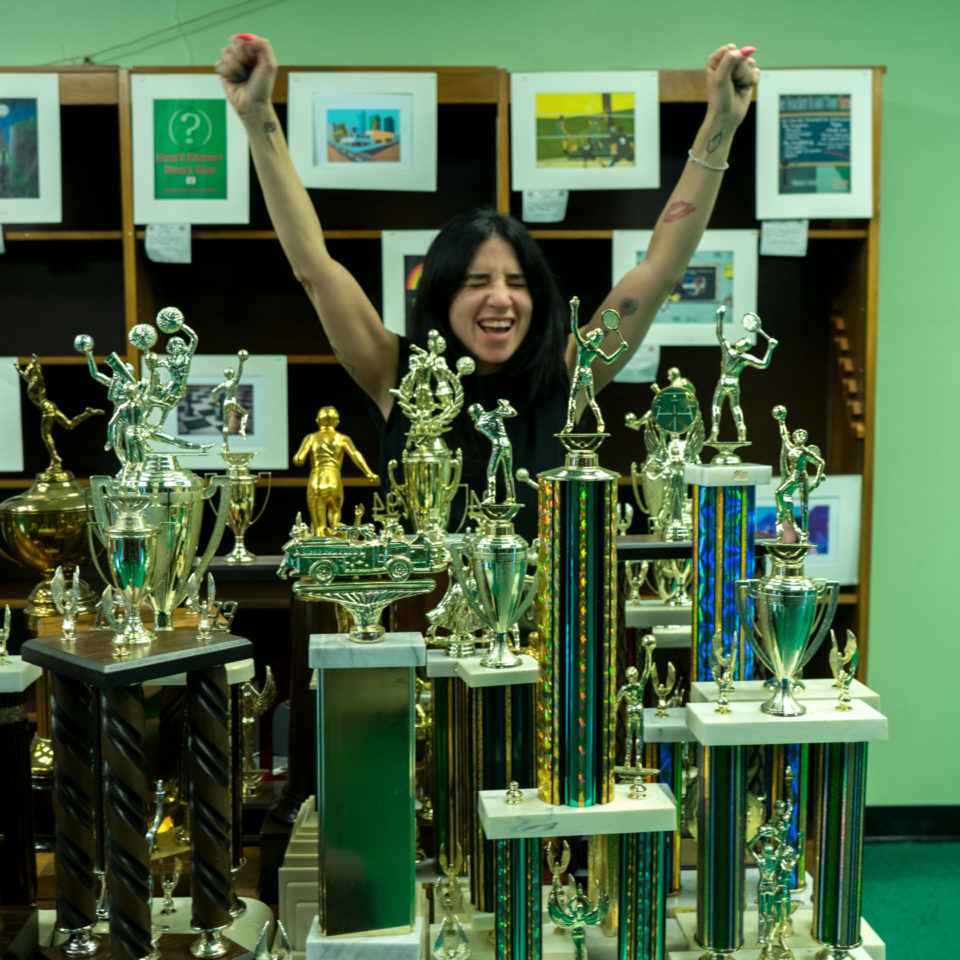 I know every high school has their sports team. What’s the big sports team at Ferris?

For a long time, baseball and softball have been huge. Track is making some serious noise, volleyball’s doing really well. Softball, if you take a look at NJ.com or the Jersey Journal front page, we’re looking to bring back a trophy.

We’re hoping that guests who come back will remember teachers, games, everything. We’re looking to bring some pride back and have people realize they spent some wonderful years here. At the end of the day, everyone should enjoy themselves and share on social media saying, “What a great time, what beautiful weather. When is the next event coming up?” I want my incoming and current student body to say they’re proud students and will proudly wear our jerseys and jackets through the streets of Jersey City.

Is there anything else you want people to know?

It’s on May 18th from 11AM to 3PM. Please come out and celebrate the 50th anniversary of Ferris High School. I’ll be there and I hope you’ll be there, as well!