Every year, large, celebratory events occur across Jersey City. While most of us can probably identify the more well-known ones such as the St. Patrick’s Day Parade, there are others which do not even appear in most of our radars. Although the “Brown” community of Jersey City is with no doubt, a majority of our population, the events pertaining to their culture have gone unnoticed. Having attended a majority of them, I can say on their behalf that they were not events worth missing. 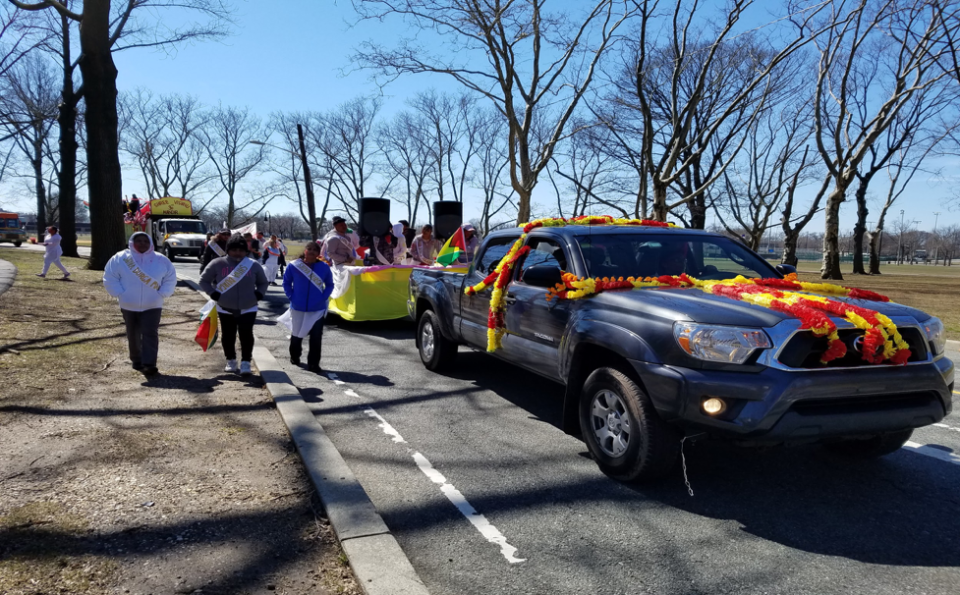 Every year, hundreds of people of Indian descent gather to celebrate the festival of “Holi” or “Phagwah.” This includes creating floats on trucks and decorating their cars to join a parade, which starts by NJCU and ends at Lincoln Park. The music of this parade can be heard from far and wherever it goes, it leaves a colored powder trail. People in this parade often stop to rub the colored powder onto any passersby. The image above shows the most recent parade in which I was in a float for the first time ever since I began participating in 2015.

When the parade reaches Lincoln Park, a show commences – sponsored by UNHFONJ (United Hindu Federation of New Jersey) – that features performances such as dances, singing, modeling, and much more. These performances are all by local, talented performers all residing here in Jersey City. A few performers include dance schools such as Shiv Kala Dance Academy, bands such as Guyatrin Tassa Group (Tassa is a type of Indian music played with percussion instruments), and singers such as King Raj (a famous West-Indian singer). All in all, the annual Phagwah Parade is an event open to everyone of all races and you should definitely try to attend it at least once in your lifetime! The only downside, in my opinion, is having to wash the colored powder out of your hair after the event finishes.

Courtesy of India Square on Newark Ave, thousands of people gather every year to dance and celebrate the joyous occasion of Navratri. This event is probably one of the biggest of Jersey City, yet it is rarely attended by Jersey City residents. It is centered around dance- more specifically, Garba and Dandiya.

This is basically dancing with others in a large circle and doing the same dance moves. The dance moves are usually very simple and easy to learn quickly. One doesn’t need to be an expert to have fun, as most of the attendees of this event are beginners. Next time you see a poster hanging off the side of a fence of any park advertising this event, stop by for a minute or even five. Who knows? You just might end up spending all day there.

This carnival, taking place in July every year, brings everyone of Caribbean descent together in a parade. People dress in traditional “Carnival” costumes and perform as they walk down with the parade. Spectators can view a show after the parade has ended, like the Phagwah Parade. I have viewed the parade every year considering that it starts at Lincoln Park; in my opinion, it is very impressive and interesting. Coming from a West-Indian background, I usually attend to support any representatives in the parade, but over the years, I have developed a liking for other cultures, which makes attending this worth it.

This event is usually held at Lincoln Park, which seems to be a hotspot for most cultural events. Families of various nationalities bring picnic blankets, food, and drinks to the park where they hang out for the entire day. Music is played by local DJs, and sometimes there are feature performances such as singing or dancing. Being a dancer, I have performed at the event every year and I can personally tell you that if you are looking for one day to just chill, this is the day to do it.

This is a picture of me mid-performance from last year’s Family Fun Day. 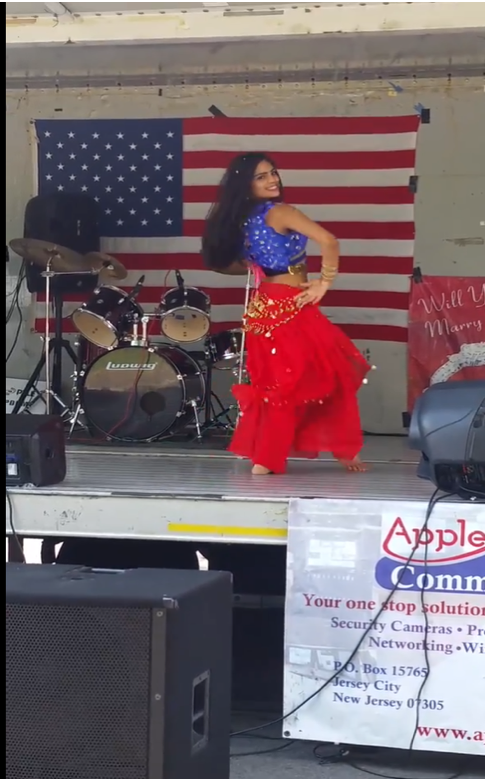 Every year, the Jersey City African Cultural Arts Festival celebrates the several art forms within African cultures, from dance to food to crafts. You can enjoy music and respect the culture by observing and appreciating the vivid displays of culture and love for the community. This year, it’s on June 22nd at Berry Lane Park from noon to 7PM.

There are so many events in Jersey City that require much more attention than they are given. These are just a few of them, so next time you see an advertisement somewhere for any events, be sure to pay attention, as you’ll never know how fun they can be until you actually attend!