When I was a freshman at University Academy Charter High School, I was shy but also very open depending on who I was around. I’m still like that today. The place where I felt most open was at the Young Men’s/Women’s Leadership Academy on Saturdays.

Me: What is your role in the school ?

Sawyer: As the assistant principal here at the school, my role is to assist Mr. Lugo, the principle in any way shape or form to make the school run and to help educate the students.

Me: What do you do at the program?

Sawyer: I helped create it and put it into motion with the assistance of Coach C, and then eventually Gata [ music teacher ]. As an idea of a way to improve upon our students and make them better students by coming to our program.

Me: How did you guys come about the program?

Sawyer: We realized there was a need to address our students in another setting that was non-academic. I give them some tools to make them more productive students but not from an academic standpoint. So we wanted to help them from a social standpoint. 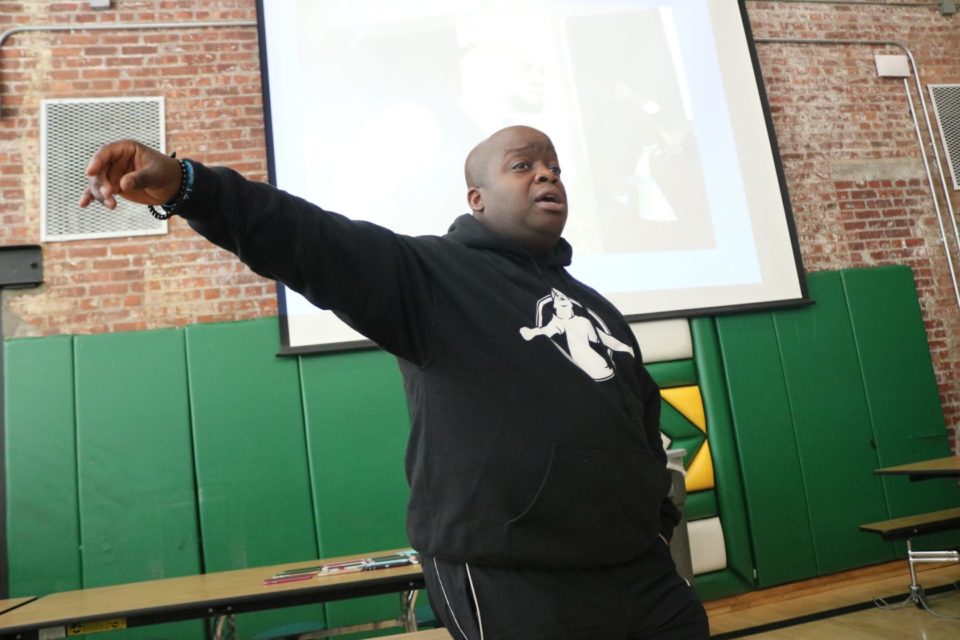 Me: Why did you guys make it a Saturday program and not an after school program?

Sawyer: To be honest, it’s harder to get teenagers to stay after school. Saturday gave us a lot more time and the kids are more focused.

Me: When did you guys decide to make a Womans Leadership?

Me: Why did you pick Ms. Tai for the woman’s leadership?

Sawyer: Ms. Tai would hear me talk about the boys and what we were doing, and she wanted to come and help out. 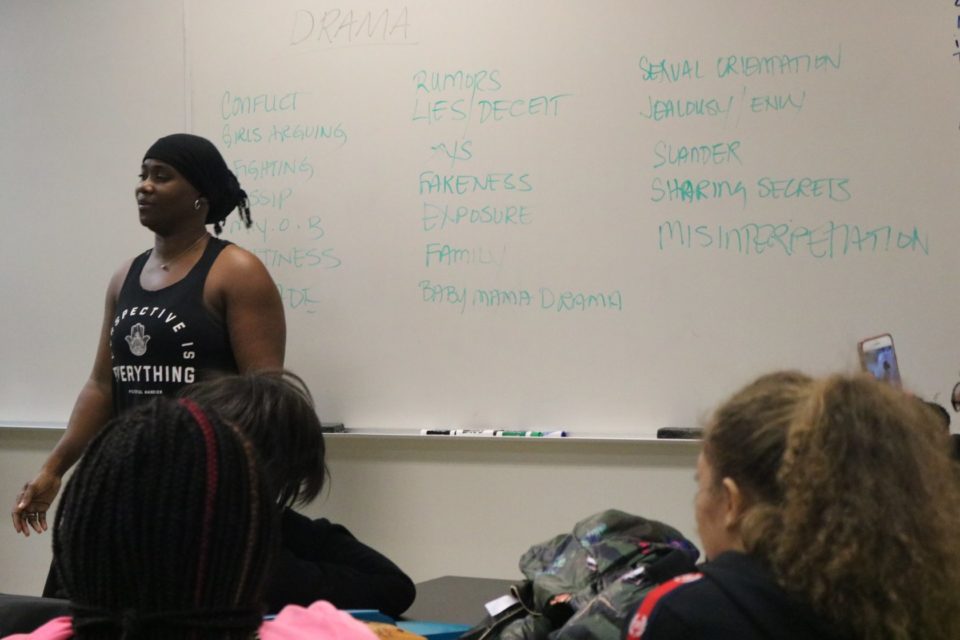 Me: You normally have speakers come in and speak to the students. How do you allow the speakers to come?

Sawyer: Based upon people I meet in my travels or Coach meets or Gata meets or Ms. Tai meets, if we feel as though they have something that they could value to the students, we allow them to come down and speak.

Me: What is the atmosphere you’re trying to create for the students?

Sawyer: 1 is productivity and excellence, and self value and self worth among the kids that we work with.

Me: What exactly do you the students do here?

Sawyer: Students are given an opportunity to learn new information and open up information they have. We have team building activities, lessons about public speaking, group sessions, lectures. Different things that the students can learn, and apply those types of skills they learn.

Me: Do they take notes?

Sawyer: We have notebooks [ to provide for the students ]. Students take notes. We leave the notebooks here cause we don’t want to lose them, but we’ll be moving forward where they’ll be taking the notebooks home. We give them a notebook once a year, if we give them an article we have them tape it in there notebook. We let them personalize there books. When you write something down, it helps commit it to memory.

Me: Do you have any activities that you guys do?

Sawyer: We do scavenger hunt. We do exercise. We do what’s called soapboxing. Soapboxing is when you stand on some kind of crate or something like that and you just speak your mind for a period of time. It helps you to learn how to speak publicly. We do partnerships, team activities, play games, journaling, things of that nature. 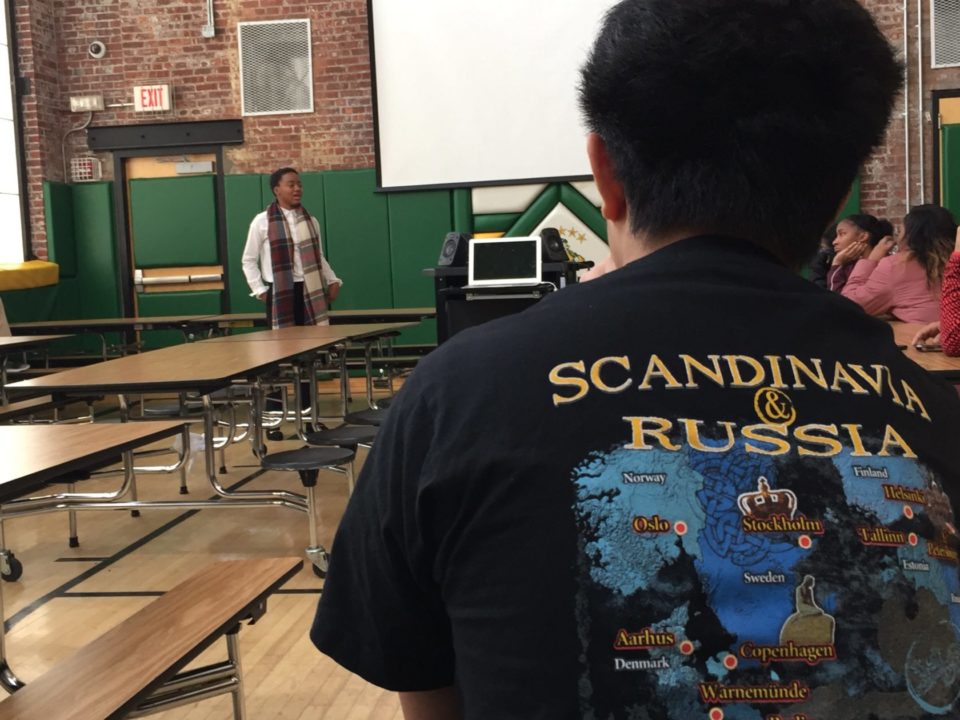 Me: What about the phones?

Sawyer: We put phones away. Students have a love affair with the phones to patch into what we’re doing and escape from the outside world. We utilize the phones to look at social media, to text, while we got some stuff going on, we don’t want that time happen. So we allow them to get 3 hours away from phones.

Me: How do you guys get the funding for this?

Me: What are you hoping to do with this program?

Mr. and Mrs. Sawyer, Coach C, and other staff members try contribute as much as possible to help the students at University Academy grow and learn inside and outside of school. The program is only available to the students who attend the high school, however they are hoping to expand publicly in the future.