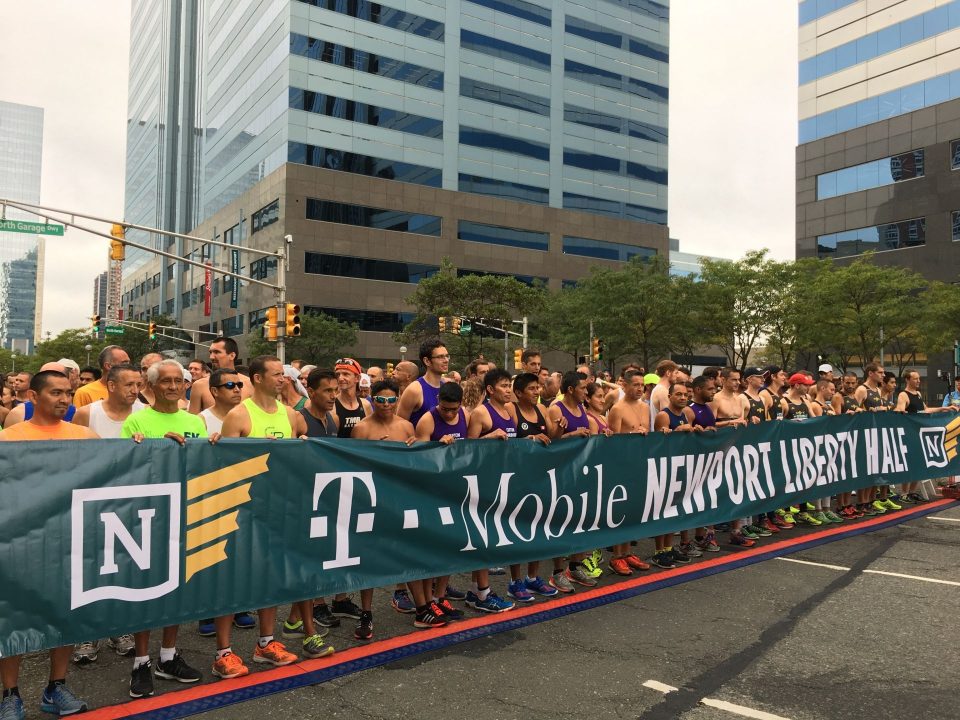 Those are the encouraging words spoken by a kind supporter from the sidelines on Sunday, September 18th during the Newport Liberty Half Marathon.  Over 3,000 runners participated in the 13.1 mile marathon that started at Newport Town Square at 8:30am.  Dubbed the most beautiful course in the tri-state area, the race took place along the waterfront down to Liberty State Park, looped back around past Exchange Place, and finished at the start.  Proceeds were donated to the Jersey City Medical Center, the area’s only non-profit hospital. 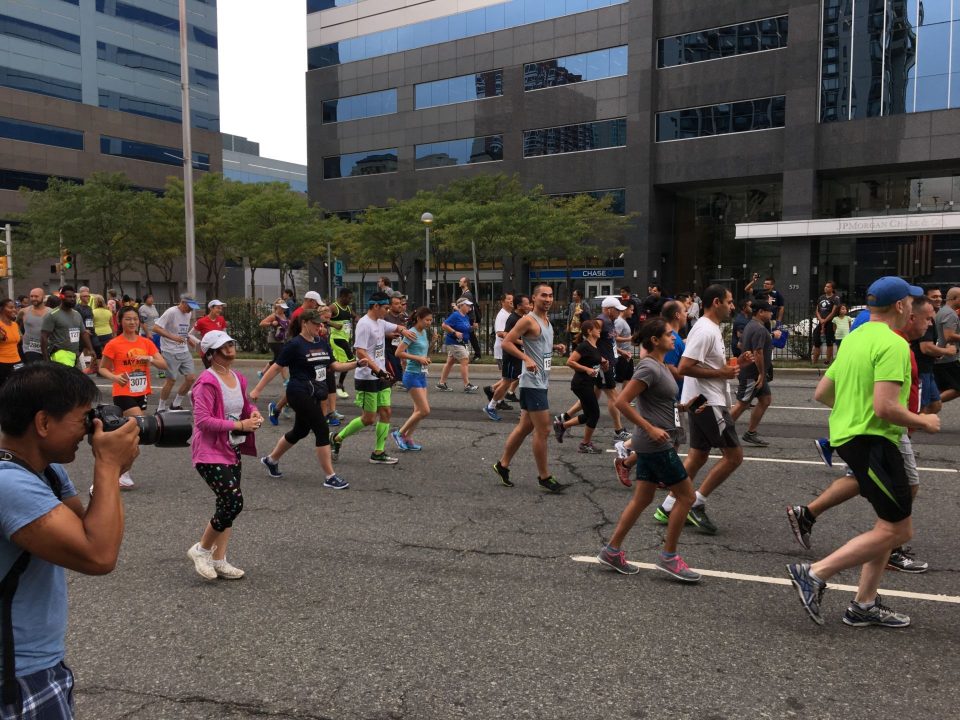 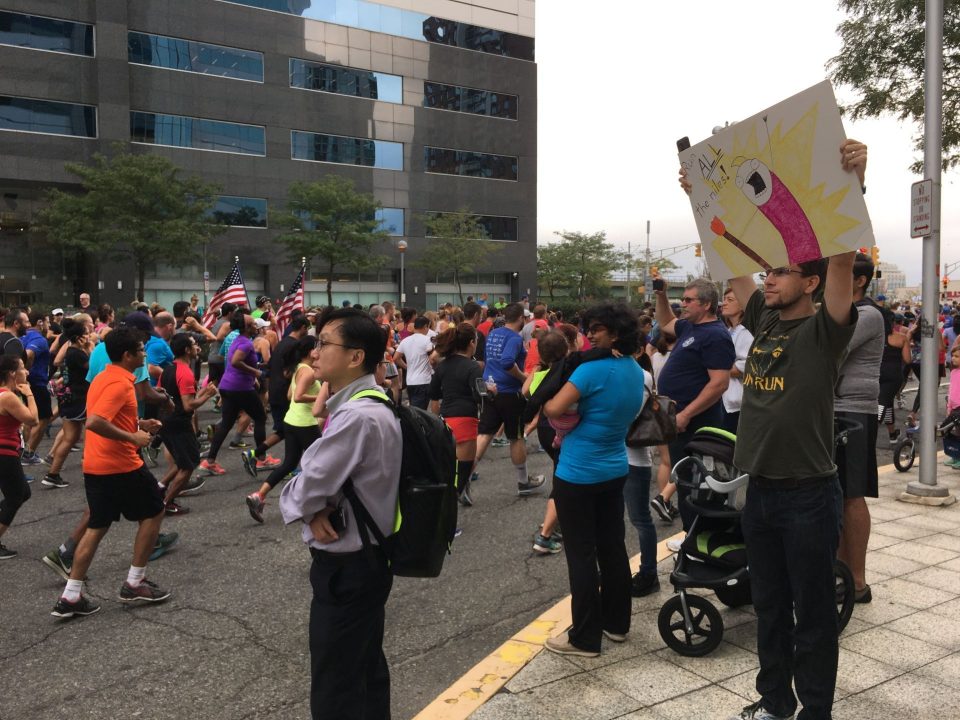 To say watching these runners is inspiring is an understatement.  There’s really something special about seeing these athletes run, seeing the focus in their eyes, the perseverance, and their loved ones cheering them on.  Not only does this type of feat take physical strength, it takes mental strength.  Lots of it.  As I witnessed runners endure the last 2 miles of the course, I could see them shooing away those thoughts that you ‘can’t go any further’, reaching their stride and killin’ it.  I absolutely love watching the Olympics, and I may be the only one, but they get me teary-eyed.  There’s just something I emotionally connect with deep down about watching these people, who have trained and dedicated their whole lives to a particular sport, go out there and give it literally everything they have.  I mean, have you ever YouTubed “Derek Redmond: The Olympian Who Never Gave Up”?  Grab the tissues now!  So after being off a high from watching the world’s largest athletic spectacle, which just ended last month, I was down to go and witness something of a similar nature in person. 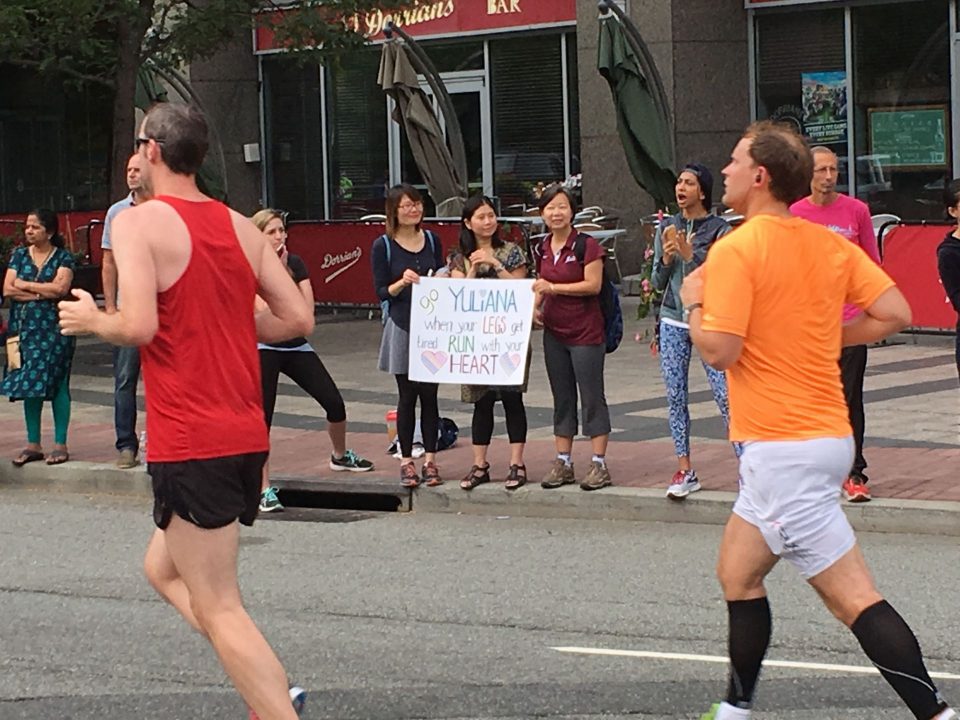 So it begs the question, why do you run?

For some, it’s a hobby.  Take Theresa and Morris, who travelled from the Czech Republic to participate in this year’s race.  They were both having fun taking a selfie with their medals by the finish line when I approached them.  “Is this your first run?” I asked.  “No, no,” they both laughed.  “It is our first in the US though.” Hailing from the Czech Republic, a roughly 8 hour flight, the high humidity of the day wasn’t their only challenge.  “We’re doing this with jet lag,” they laughed.  Morris, having some time off before he starts working at his new job, had always wanted to visit New York City.  Finding out that the half marathon with sweeping views of the Statue of Liberty and the downtown NYC skyline was happening as well, they decided to participate during their 3 day stay. 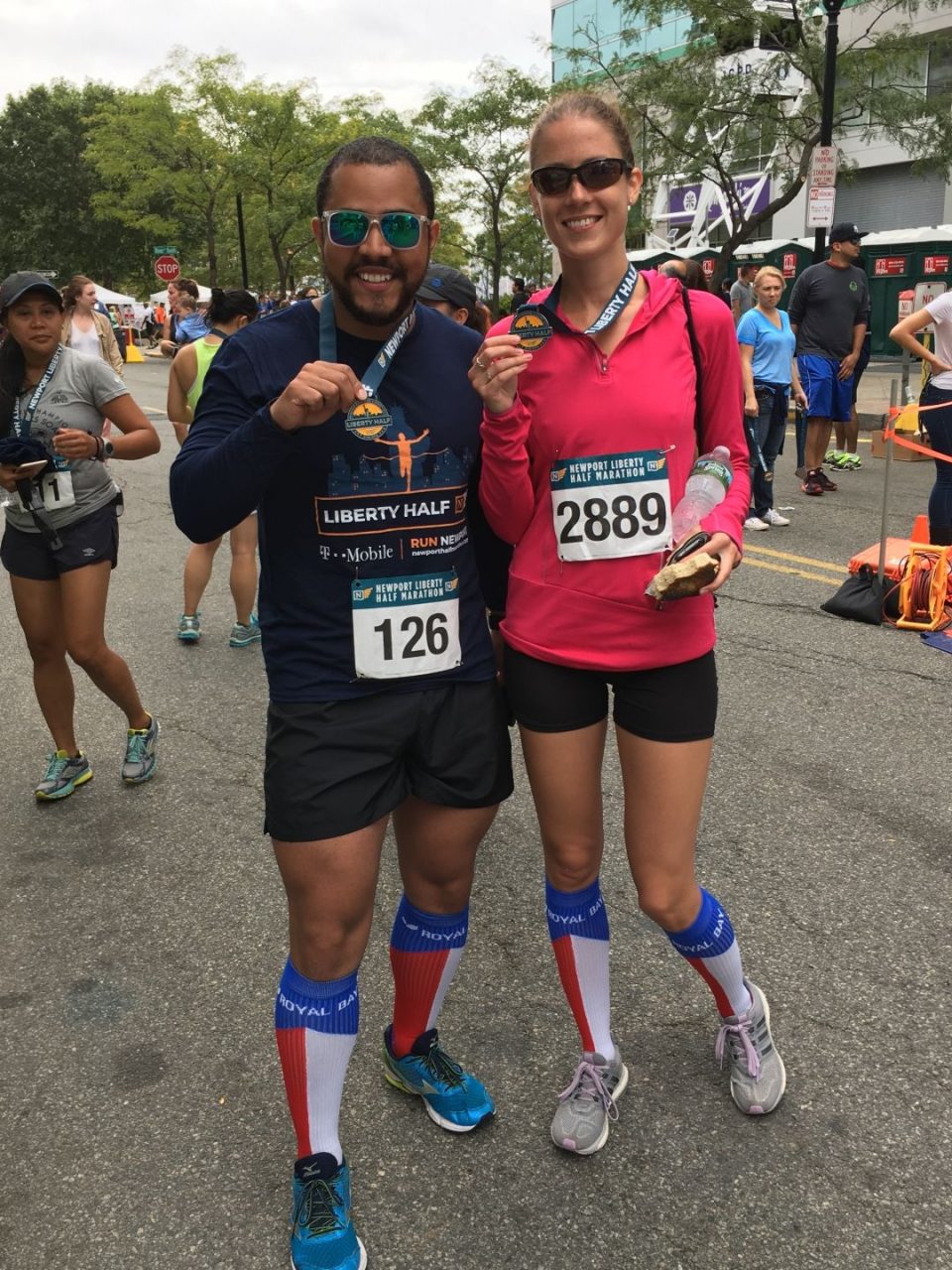 Morris and Theresa, from Czech Republic, posing with their medals after completing the Newport Liberty Half Marathon on Sunday.

For others, it’s a way to pay tribute to a fallen family member. 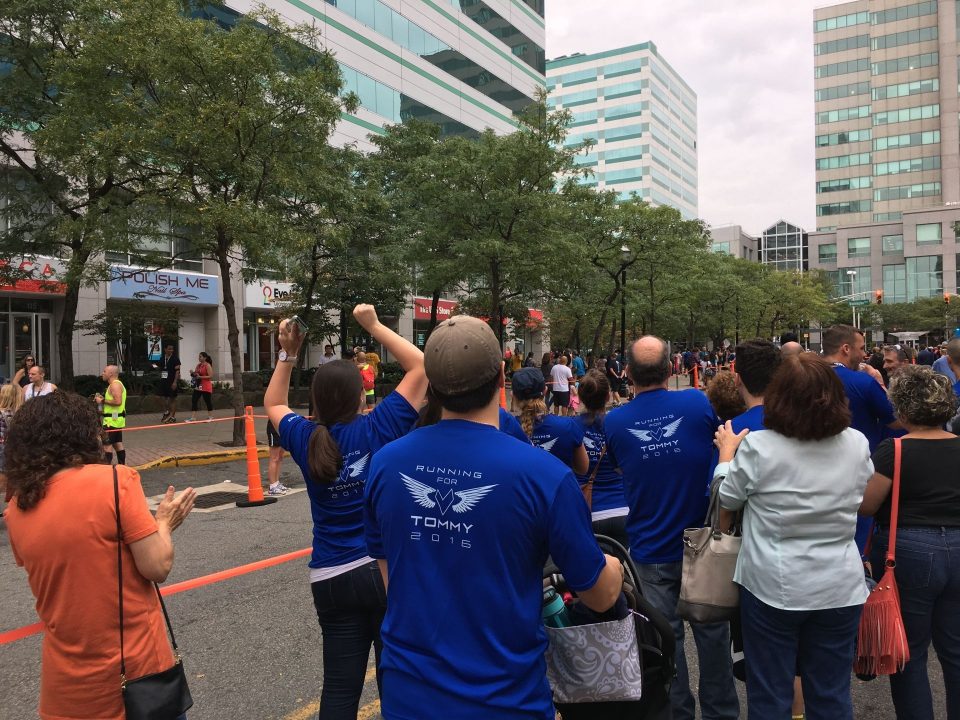 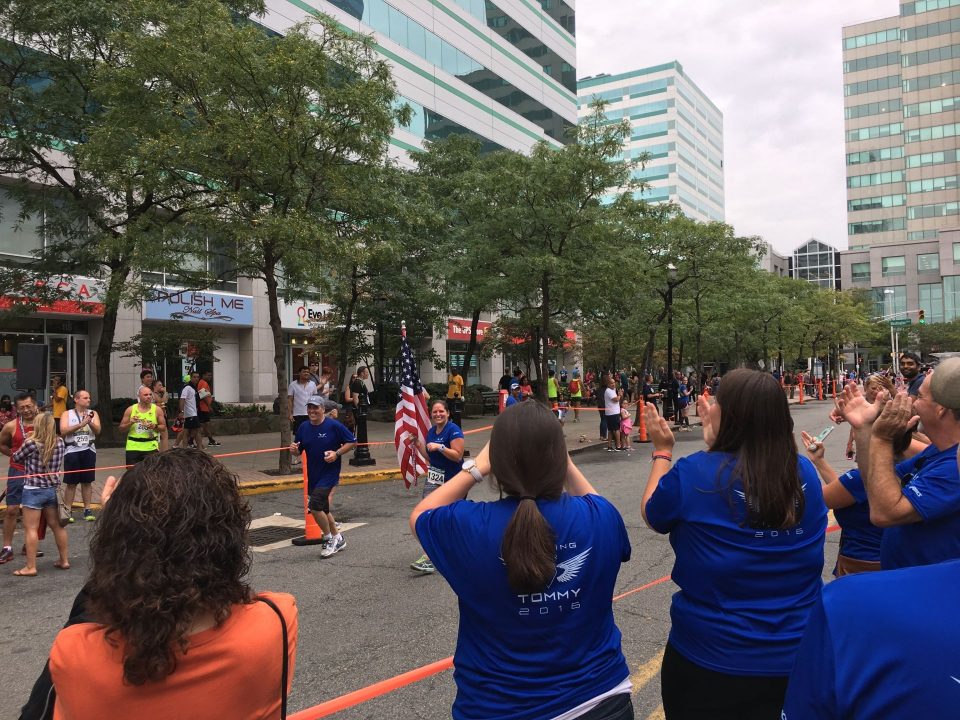 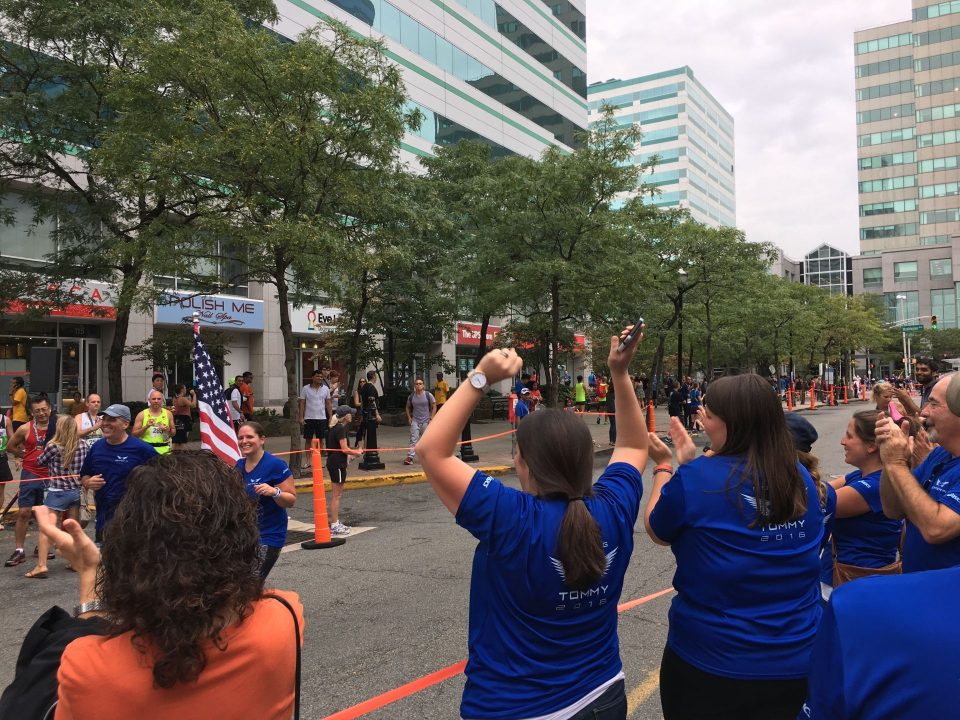 For some, it’s the drive to win. 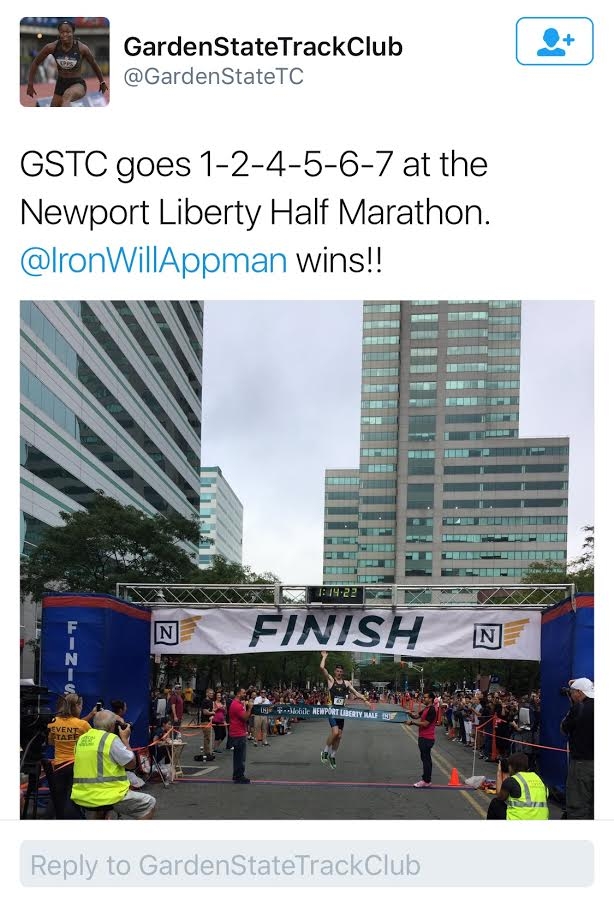 Check out the full gallery of photos and the start of the race below.  Be sure to tag your friends and family!  Congrats to all who participated!

Winners in age bracket. The woman on the left is 79 years old. #goals

Mayer Fulop on stage during the national anthem.

Supporters on four legs came along as well.

Boaters pause to watch as the runners make their way through Liberty State Park.