A clichéd way to start to be sure.  This quote in particular has been everywhere as of late.  But it’s a great one.  We couldn’t have a pop culture conversation without acknowledging the passing of Prince, a trailblazing artist whose influence cannot be overestimated.  So let’s take a moment, a beat, a breath, and contemplate an amazing artist’s contribution and this thing called life. We’re all in it together. 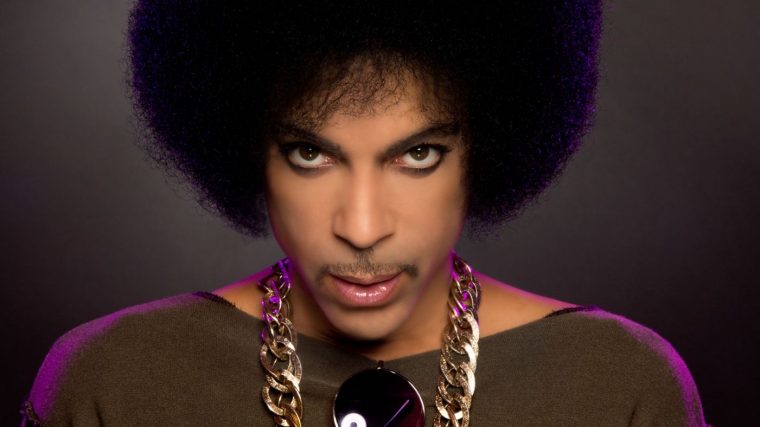 Ok. Let’s continue, shall we?

The Rogue One trailer debuted early this past month and it was AWESOME. Rogue One is billed as “a Star Wars story” and as such, most people, myself included, wondered why they should care if there would be no Luke, Han, or Leia to speak of. Well, I’d say this trailer answered that question pretty emphatically and I cannot wait to see this movie. However, as with all good things, there’s usually someone waiting to rain on the parade. Enter a select group of men who are butt hurt by the prospect of having to watch a second Star Wars movie in a row with a female lead (Felicity Jones plays Rogue One lead Jyn Erso). Rey was really more of a co-lead in The Force Awakens but whatever, she was in A LOT of the movie and said so many things! Life is tough! This will be the eighth live action Star Wars film so that means we’ve had six films with male leads, but I guess two lead ladies in a row is a bridge too far. I get it. Put one too many vaginas in the middle of a star war and you’re going to have a bro-bellion on your hands. Nobody has time for this nonsense. This isn’t the 1950s. In case you haven’t noticed, women exist. They’re half the population. You’re going to have to deal with AT LEAST 25% representation. It’s only going to increase so put on some big boy underoos dudes. No one cares about your misogynistic whining. 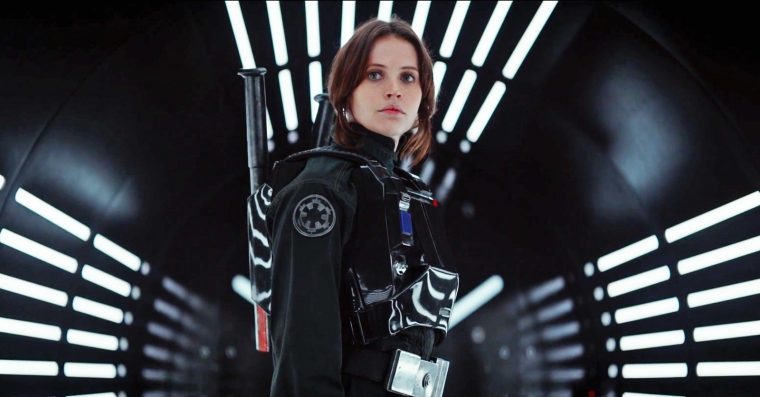 Kelly Ripa finally returned to Live! the last week of April after a stand-off that would have made Butch Cassidy and the Sundance Kid…well, yawn.  Michael Strahan, her co-host, announced he was leaving the show to go to Good Morning America full-time without giving Ripa any advance warning.  Wouldn’t it be nice if anytime someone at work ticked you off you could just stop coming into the office until you felt like it?  Reports suggest that Kelly and Michael haven’t gotten along for a very long time. So really, what’s the deal with the hissy fit?! I get that when someone you work so closely with for years bails you might want a heads up but Kelly, you don’t like him anyway! Get your ass to work girl and find a new co-host that doesn’t drive you to madness walking around NYC sending passive aggressive messages via book titles!

Jared Leto has been a beloved actor, especially among my generation who grew up on My So Called Life, for the better part of two decades now.  In recent years he’s been quite literally (as well as figuratively) hotter than ever.  He’s the latest actor to take on the role of the Joker – a character with a ton of baggage and expectations – and it seems he took it pretty seriously.  Leto has said, “the Joker is somebody who doesn’t really respect things like personal space or boundaries.” So naturally, to really get into that headspace Jared sent his cast mates gifts of anal beads and used condoms. Cute. In any other profession if you did that you’d get a restraining order or sued, probably fired too. But in acting, this is method. It’s dedication. Dude, Jared, I respect your hustle but you’re NOT actually the Joker. You probably SHOULD respect boundaries and draw the getting into character line at being totally gross outside of work. I propose a worldwide performance art piece wherein we all find the weirdest, preferably most inappropriate thing in our homes and send it to Jared Leto. 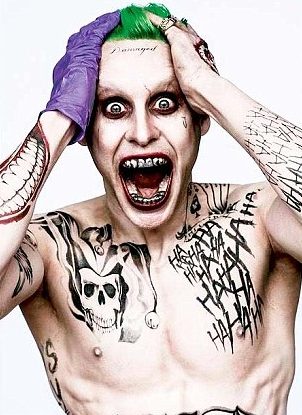 Spring has brought with it a baby boom in Hollywood.  Everyone from Ryan Reynolds and Blake Lively to Jason Sudeikis and Olivia Wilde has announced that they’re pregnant with their second child.  Plus-size model, Tess Holliday is pregnant with her second, and first, with fiancé Nick Holliday, and Twitter queen Chrissy Teigen just gave birth to her first child with John Legend. These latter two bad ass women have faced a ton of criticism at every turn, Holliday for her health – the audacity of a plus-size woman to be with child! – and Teigen for everything from her decision to choose the sex of her baby (she conceived via IVF) to her dinner out with Legend, leaving baby Luna at home, several weeks after giving birth.  I had no idea it was so easy to get a doctorate of medicine AND in parenting from home while sitting on your ass trolling Twitter! Another day, another witch hunt. Does anyone have a beat on how to douse the entirety of the internet in a giant bucket of water? 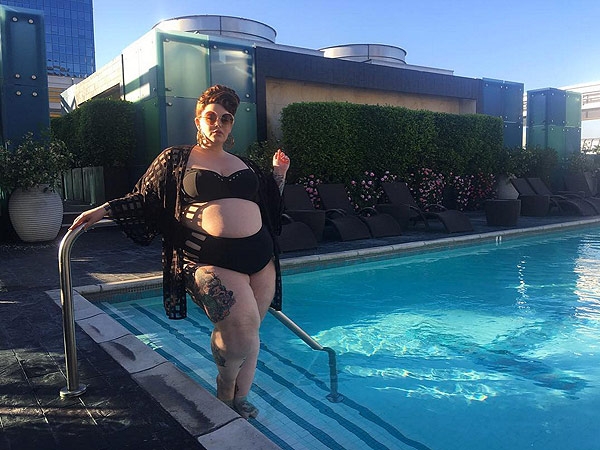 Lemonade anyone? The internet is abuzz (see what I did there? BeyHive reference!) at the release of Beyoncè’s surprise visual album. It’s a powerful and incredibly personal piece of work, and it’s being dissected and debated for many different reasons including Beyoncè’s marriage and blackness.  Remember when SNL did that digital short about white people finding out Beyoncè was black? As insane as it sounds it seems like it’s pretty true.  From her previous self-titled album to her release of Formation, her performance at the Super Bowl, and now Lemonade, Beyoncè’s image has undoubtedly evolved from the days of Destiny’s Child and Single Ladies. But what real artist hasn’t?! 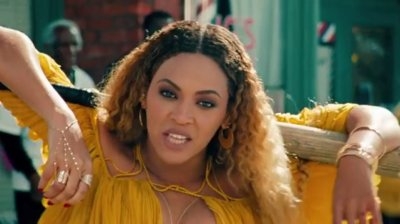 I feel like I’ve talked about this before, but it bears repeating because it pervades so much of life as we live it now.  It’s strange how the internet and social media seem to have bred a sense of entitlement where our expectations are concerned.  We don’t seem to see public figures as human beings, and we certainly don’t expect that they have experiences outside our own except living a life full of perks and luxury.  When Beyoncè’s self-titled album was released at the end of 2013 people were outraged by her open sexuality.  She’d always been sexy, but she’d never been sexual or at least this openly sexual, talking about being on her knees in the back of a limo.  The thing that was strangest and funniest to me was that she was an adult, married woman with a child, someone who even from the most conservative perspective is “allowed” to have sex and yet this was outrageous to some people! The fact that she was owning it, enjoying it, talking frankly about it, that seemed to get under people’s skin. Now that she’s talking openly about the Black Lives Matter movement and her experiences as a black woman in America, people are again “turned off” and outraged.

Piers Morgan, in a laughably oblivious piece written by a privileged white male labeled Beyoncè a “born again black woman with a political mission”.  He’s said that he should be allowed to critique Beyoncè’s music without being labeled a racist and I think that that’s true, BUT he’s not really critiquing her music. He’s critiquing the subject matter. He’s stated that he feels uncomfortable with this “new” Beyoncè who has the audacity, to be frank and unapologetic about her experiences and perspective as a black woman.  As annoying and tone deaf as he is, I believe that Morgan is not coming from a hateful place.  I think that he believes he means well, and he’s just expressing an opinion.  But we’re dealing with a spectrum here. He’s completely missing the point. Would he write a piece about how a white country artist was making him uncomfortable by writing about heartache, beer, and pickups too much? We have an ongoing blindness to our differences in life experience. Every great artist draws from the well of their own life.  To expect Beyoncè to keep her mouth shut and sing Bootylicious again instead of speaking to her own experience and perspective is at best unfair and at worst continues the status-quo that tries to pretend racism doesn’t still exist.  We could do with a little more sitting in and contemplating of the uncomfortable and a little less projection of what a woman, a black woman, or any person should be to be “palatable.”

Lauren or Lola, as most of her friends call her, is a collector of nicknames and graduate of Drew University who majored in Political Science, minored in Theater, and does nothing with either of those things for a living! In her spare time she's a writer and amateur cinefile who devours film, TV, cat videos, and all things pop culture like a Jurassic Park T-rex.

Lauren married her best friend and adventure partner, Chuck, in an old Hollywood themed wedding in Jersey City. Born, raised, and still living in Central Jersey with her husband and two cats, Lauren is always looking forward to the next adventure whether it be to the movie theater, Disney, or a new city or country. She loves rugby, nerdy t-shirts, Katherine Hepburn, Muppets, Feminism, and gin cocktails.